Luca – Is It Good or Nah? (Pixar Review)
Schaff reviews Luca which may or may not be good I guess you have to watch the video to find out mwehehehehe

After two straight collapses in Games 4 and 5, the Sixers were able to rebound in Atlanta to force a Game 7 back home and give themselves a chance to finally put away the Hawks in a series that has been rather unbelievable to this point. The Hawks have been, without a doubt, the more resilient side in the series and it’s how they got all three of their wins going into Sunday night, and that resiliency was put to the test once again in Game 7.

Trae Young struggled for the first three quarters of the game, scoring just 11 points on 2-of-16 shooting from the field as Atlanta’s top star couldn’t find his touch from anywhere to start the game. With Young playing that poorly as a scorer, one would have expected the Sixers to be cruising, but the Hawks defense bowed up forcing 15 turnovers through three quarters and Kevin Huerter and John Collins stepped up in a major way to get Atlanta a 76-71 lead going to the fourth.

Huerter, in particular, took over as the Hawks lead scorer, with 19 points through three quarters including flat out taking over in isolation for a stretch in the third.

Young did have nine assists, as he was able to continue to be effective running the Hawks offense and setting up his teammates, particularly Clint Capela, as the Sixers bent their defense to keep him from getting good looks.

On the other side, it was Joel Embiid who carried the load offensively and kept the Sixers in it, as he so often has in this series.

Tobias Harris took on the lead creator role for Game 7, but struggled to find his range as a shooter, going just 5-of-16 from the field through three quarters, as the Sixers had far too many empty possessions between their shooting struggles and turnovers — six of which came from Embiid. Fittingly, Game 7 came down to a tight and tense fourth quarter, as has happened so often in this series.

This time, it was the Hawks turn to go cold from the field to start, as Joel Embiid took matters into his own hands early in the quarter, leading the Sixers on a 10-1 run to open up an 81-77 lead.

Embiid for 3! He's got 25 PTS and we've got a tie ballgame! #NBAPlayoffs

Huerter again gave the Hawks the lead at 88-86, which the Sixers answered by getting Ben Simmons in the post on Danilo Gallinari where he spun into a wide open dunk and…passed.

Thybulle would split the free throws and on the next possession, Trae Young got Clint Capela a lob on a broken play where Tobias Harris, inexplicably, chased Young all the way out and let him blow by him after making a good defensive play initially.

Hawks have the lead pic.twitter.com/JBUKju8WRk

Trae then, after not being able to hit anything all night and 4-of-22 from the field, hit his second three of the game from long range to put an early dagger in the Sixers.

TRAE FROM WAY OUT

The Sixers would pull all the way back to within one at 93-92 with a minute to play, but Matisse Thybulle fouled, who else, but Huerter on a three-pointer just as the Hawks were struggling to create anything positive offensively.

Man, such a big play. A legitimate foul, Thybulle's aggression just got the best of him. pic.twitter.com/VmLNhr8fRk

Huerter hit all three free throws to put the Hawks up 96-92, and then the icing on the cake came when Embiid got ripped clean by Gallinari, who then got the runout dunk, which proved to be enough of a cushion to get them the win and a date with the Bucks on Wednesday night for the start of the Eastern Conference Finals.

Gallinari pokes it away and dunks it on the other end to extend the Hawks lead!@ATLHawks 98@sixers 92

Huerter finished with 27 points on 10-of-18 shooting, with six rebounds and three assists as the Hawks best player on the night, an incredible performance in a spot where they desperately needed someone to step up given Young’s dreadful shooting night. Young clawed out a 21-point, 10-assist effort as he was able to positively impact the game even as his shot didn’t fall, including setting up all six of Clint Capela’s made field goals on the evening. Gallinari had 17 points off the bench as he likewise gave the Hawks a big lift, while John Collins had 14 points and 16 rebounds in the 103-96 victory.

On the other side, Joel Embiid had 31 points and 11 rebounds to lead all scorers, with Seth Curry having a solid 16-point effort in support. Harris finished with 24 points and 14 rebounds, but his 8-for-24 shooting effort, with a painful number of misses from close range left a lot out there. Ben Simmons had 13 assists and eight rebounds, but just five points as he continued to be terrified of even trying to score the basketball, best evidenced by him passing up a wide open dunk in the fourth, and didn’t attempt a shot in the fourth quarter once again in this series.

The Sixers now enter an offseason that will be fascinating, as it’s apparently clear that this core group just isn’t going to get it done. Simmons seems in desperate need of a change of scenery and will be the focal point of trade rumors and trade machine efforts for the rest of the summer. Whether that’s the move Daryl Morey chooses to make remains to be seen, but something likely needs to happen because this series was nothing short of a collapse, blowing a pair of 18-plus point leads and then failing to beat the Hawks on Trae Young’s worst shooting night of the postseason.

For the Hawks, it was another show of their tremendous heart and effort, pulling out a win under the most unlikely of circumstances once again. It looked early in the fourth like Philly could take over and for the Hawks to put it away behind the scoring efforts of the others beyond Young has to build confidence as they head to Milwaukee for what figures to be an even tougher test against a Bucks team that just put battled through their own playoff demons in back-to-back series.

You can probably still taste those strawberry Creme Savers! 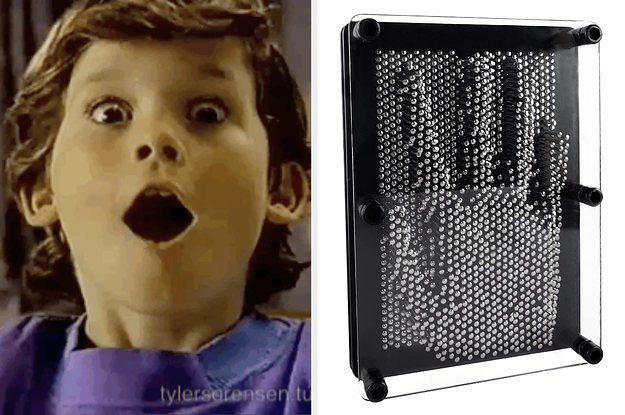