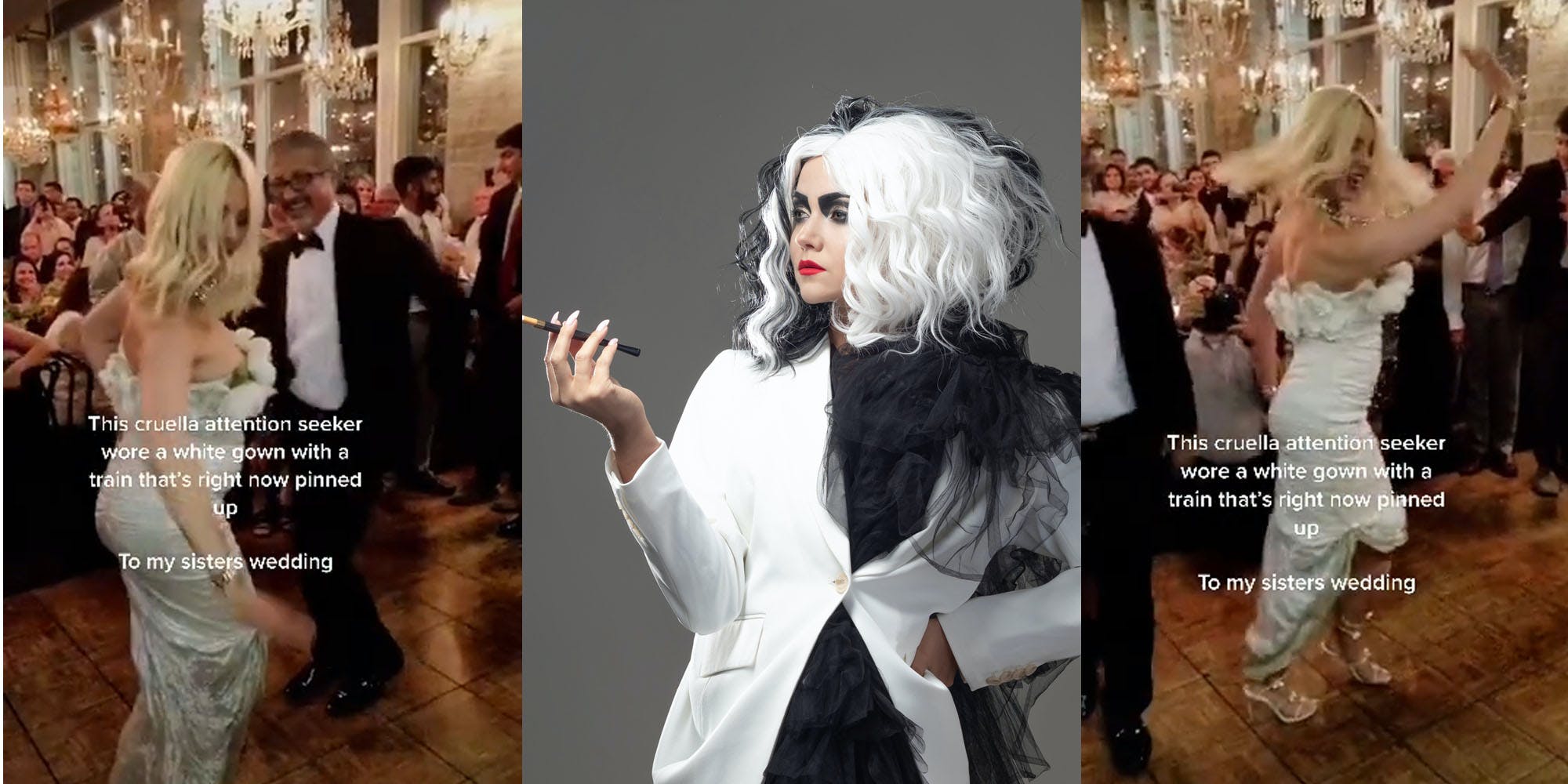 A TikToker has gone viral and sparked considerable controversy after posting a video of a woman wearing white to a wedding.

The video, which was posted by user @imlostplsfindme, shows a woman dancing in a long white dress.

“This cruella attention seeker wore a white gown with a train that’s right now pinned up to my sister’s wedding,” @imlostplsfindme writes in the text of the video.

Her video currently has over 1.5 million views.

In the comments, many TikTokers shared @imlostplsfindme’s view on the situation. Wearing white to a wedding, they say, is an absolute no-go.

“Y’all don’t fight your family and it shows,” wrote one user. “Go ahead and throw wine on her.”

“I would [have] had her blocked entry at the door,” added another.

“Should have kicked her out before the wedding ceremony,” agreed a further TikToker. “This the equivalent to spitting in one’s face. IMO.”

For those users, @imlostplsfindme posted a follow up where she shared video showing her sister in a bride’s outfit.

This sparked further discussion, with many users chiming in to agree that the woman’s white dress was uncalled for.

“Respectfully I’ll fight the other lady for you,” shared a commenter. “That being said, your sister’s stunning, there’s no comparison.”

“Notice how there’s silver, cream, off white…but nobody except that blonde witch had the audacity to wear white to a wedding,” another user stated.

However, some noted that depending on the culture, this might not be an issue.

“To some cultures is not offensive. Greek weddings I’ve been to have always had someone else wearing white and it’s not a big deal at all,” explained a TikToker.

Nonetheless, @imlostplsfindme and many other TikTokers took this as a clear message: Do not wear white to someone else’s wedding or you may risk an “accident.”

As one user shared, “I maybe would have accidentally somehow spilled something red all over it because I’m just soo clumsy.”