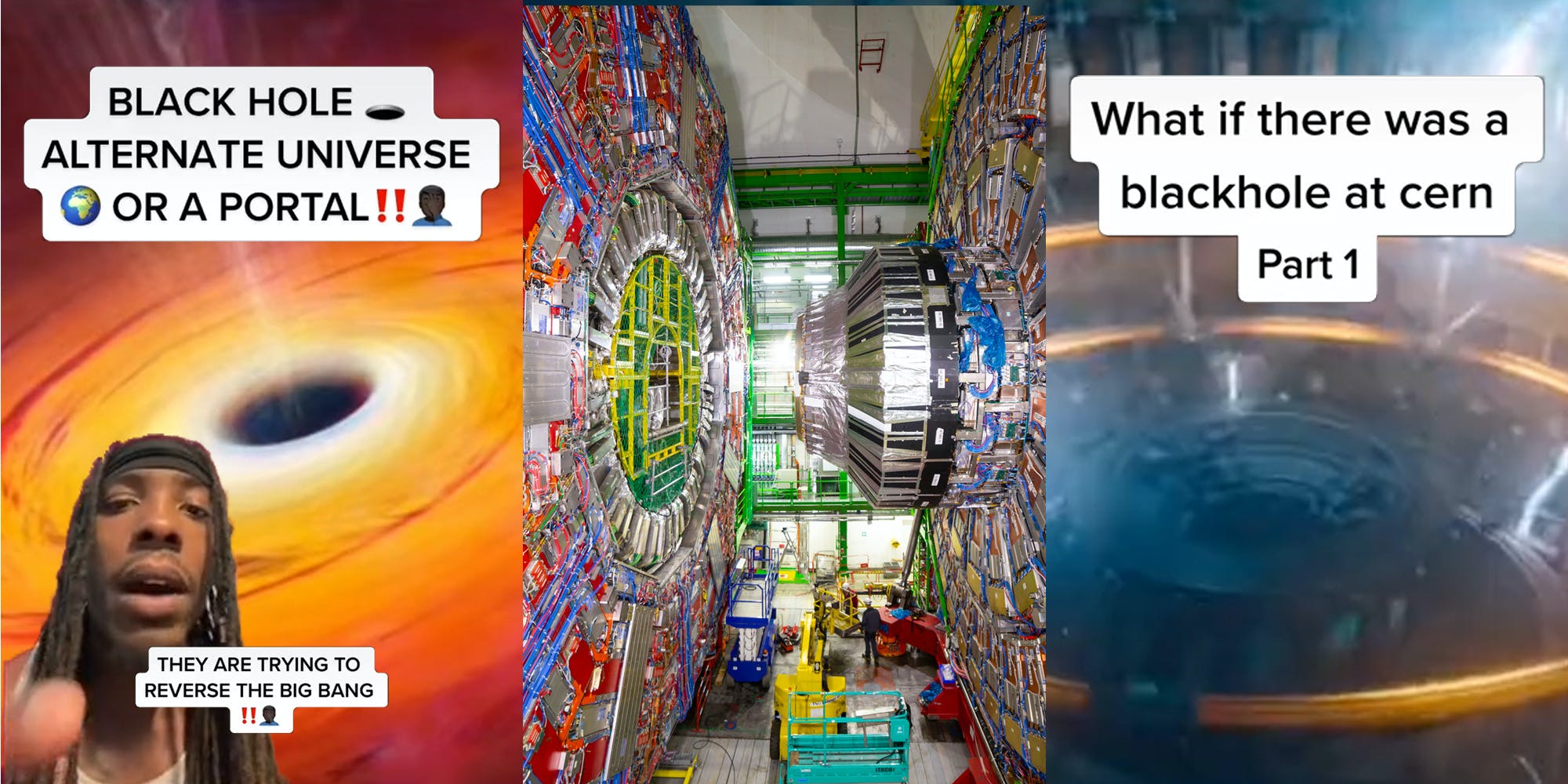 Conspiracy theories surrounding the European Organization for Nuclear Research, better known as CERN, have exploded across TikTok in recent days.

The topic began racking up millions of views after it was announced that CERN would resume research with the Large Hadron Collider (LHC), a massive circular tunnel located 300 feet below the Swiss-French border.

The LHC, which is 17 miles in length, is designed to launch beams of protons and other particles at one another at nearly the speed of light by utilizing superconducting magnets. The high-energy collisions famously allowed CERN, which is currently comprised of 23 member states and more than 12,000 scientists, to discover the Higgs boson in 2012. Often referred to as the “God particle,” the Higgs boson is a subatomic particle that came into being shortly after the universe began with the Big Bang.

After a three-year hiatus, CERN announced that it would be rebooting the LHC on July 5 and running it continuously for the next four years at record energy levels. TikTokers wasted no time in whipping up hysterical claims about everything from black holes to time travel, with many theories appearing to stem from popular science fiction shows such as Netflix’s Stranger Things.

In one video with more than 1.4 million views, a TikToker claims that a portal to another dimension will be opened by the LHC once it is turned back on.

“THEY ARE HIDING THIS FROM YOU,” the caption states.

Many commenters were quick to agree that something sinister was set to take place.

Another popular video with more than 995,000 views showed a Christian minister discussing the LHR while claiming that content regarding portals was purposely being placed into popular culture in order to condition the public.

Once again, users argued that the recent popularity of Stranger Things was somehow tied to CERN’s activities.

“Something is about to happen. Not sure but after watching Stranger Things and this new movie Nope.. I think we are being conditioned for something,” another commenter said.

Some conspiracy theories even managed to tie in the Iraq War, arguing that former President George Bush had invaded the Middle Eastern country in order to secure a “stargate” portal.

But not all TikTokers were feeding into the apocalyptic theme. Numerous popular videos pushed back on the sensationalism, noting that particle collisions in space are already vastly more powerful than those run by CERN.

The explanation did little to deter some TikTokers, however, who argued that the video was merely an attempt by CERN to keep the public from protesting the impending portal.

“This dude is paid to keep you calm,” a user wrote. “Time to panic.”

Yet given that it is now July 5, it is readily apparent that a portal did not unleash demons upon the earth or result in our universe being sucked into a black hole.

In fact, Tuesday’s experiment has gone off without a hitch. CERN announced that it was able to discover three subatomic particles that have never been seen before. The research will better help scientists understand the fundamentals of our universe.