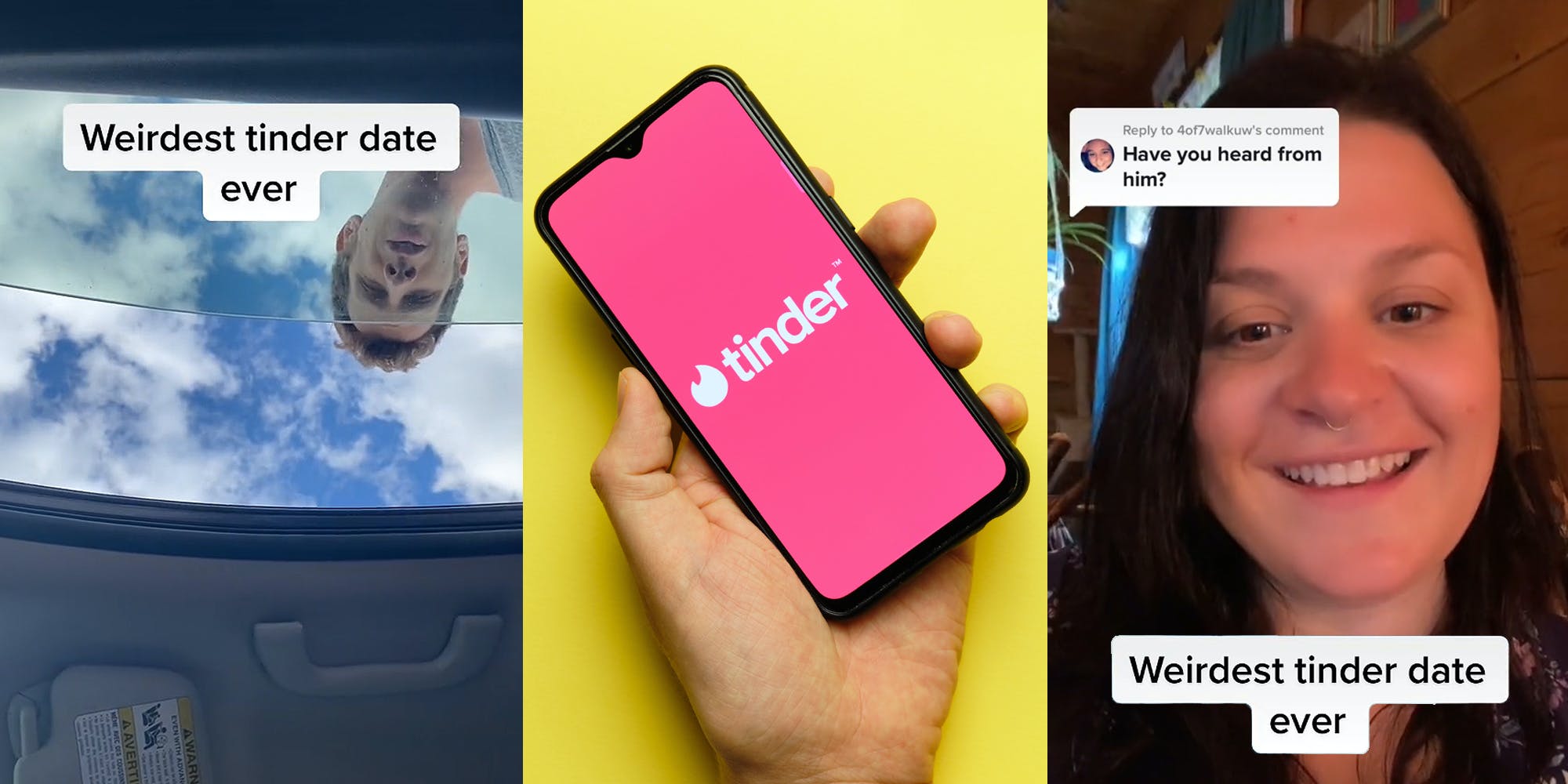 A woman hoping to go on a casual, public Tinder date instead found herself in a weird situation after the guy she was supposed to meet kept insisting they had to go to his friend’s house instead.

Grace (@gracewillow33) started recording from the inside of her vehicle mid-conversation with her date.

“This dude was so annoyed that I didn’t want to get into his truck to go to his friend’s instead of our planned coffee date,” she wrote. “Is it just me? Is this weird AF?”

The nearly five-minute video features the man repeatedly claiming his friend is a good person and that he and his girlfriend were waiting on them for a double date at the house.

“Typically, when you go on a date with someone, you try to get to know them and talk to them, and not just like, go hang out with other people that you don’t know,” Grace says to him.

The man is insistent, suggesting the TikToker’s experience in the army would be helpful if she is worried about her safety. He complains several times that he drove 40 minutes to meet her as a “compromise” and says the place he told her to meet him— which she later clarified was a truck stop—doesn’t have good food.

“So you don’t want to do anything anymore? I’ve totally rubbed you the wrong way?” he asks.

@gracewillow33 This dude was so annoyed that I didn’t want to get into his truck to go to his friends instead of our planned coffee date. Is it just me? Is this weird AF? #tinderdatesgonewrong #tinder #tindertok ♬ original sound – Grace

The video was viewed over 70,000 times. Viewers validated Grace’s reading of the situation as “weird AF.”

“I’m feeling really BAD vibes with this guy!” @daughterinthegarden wrote. “I’m happy you didn’t give into him pressuring you because he definitely was up to something.”

“It’s the ‘prep school = I’m safe’ implication for me. It’s the very poor gaslighting attempts for me,” @chats.with.jen added. “Glad you trusted your gut.”

In a series of follow-up videos, Grace notes she clarified with him before meeting that this was meant to be an actual date and not a random hookup and says that she hasn’t heard from him at all since the encounter.

“The whole thing was really sketchy though, and I definitely realize that I gave him far more time than I should have,” she says.

The Daily Dot reached out to Grace via TikTok comment.