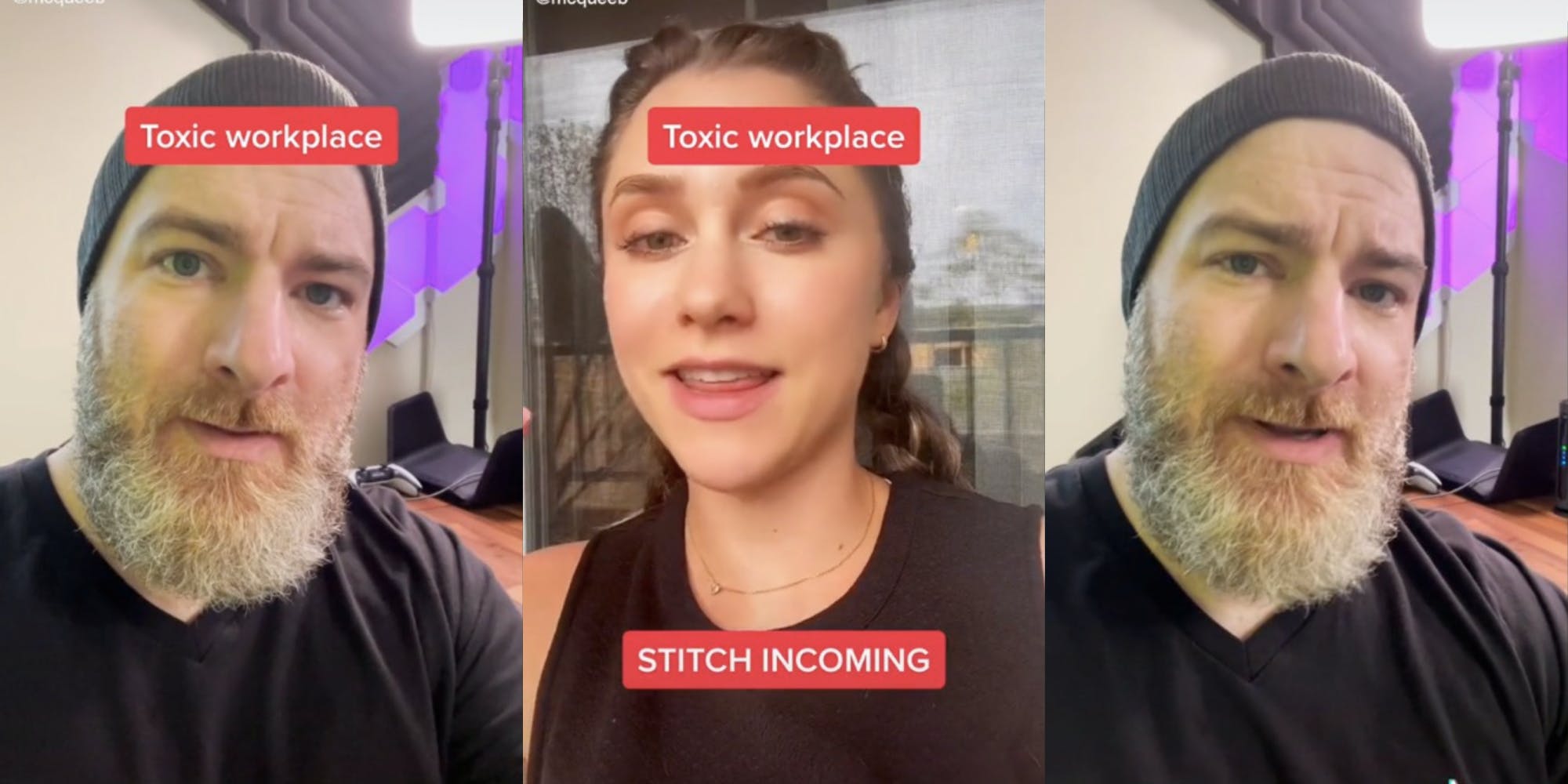 A man’s viral pair of videos sharing a time when a co-worker in the position to hire someone chose not to do so based on their gender has drawn over 67,000 views on TikTok.

The initial video was made by poster @mcqueeb in response to another creator’s call for TikTokers to share what the most toxic thing someone at work has ever said to them.

“So bear with me a sec, it’s rather difficult for me to talk about this particular place because I still suffer from PTSD,” he says in the video. “When we conducted interviews for a potential new hire, we were all involved, we’d all go in and sit with them and talk to the new candidate. Prior to one particular interview, my IT director at the time pulled us into a little storage container we had outside, and there was about three or four of us in there, and he said, verbatim, ‘under no circumstances are we to hire a woman.'”

In a second follow-up video, he says that he does not believe he can provide additional details.

“What I can say is I hated that process, I hated sitting in on interviews,” he says in the clip. “It was awkward and it’s a situation that is already pretty tense, people are nervous. I think us being there actually makes that worse. What made the situation worse, and I want to hope that this had nothing to do with it, it was a young Black girl. And the kicker? She would have been fucking perfect for the role.”

Viewers shared their own experiences with toxic or sexist work environments.

“My boss asked/told me before promoting me, ‘you better not get pregnant the next 5 years,’ he was serious,” one commenter wrote. “My promoting was depending on it.”

“Once I asked if I could travel less and my previous boss said I should travel more, as not seeing too much my husband is good for the relationship,” another commenter wrote.

“Looked me dead in the eye and said, ‘Your opinion does not matter,'” a commenter wrote. “‘YOU do not matter,’ This was after asking for supports for PTSD as a first responder.”

The Daily Dot has reached out to @mcqueeb via Twitter direct message regarding the videos.