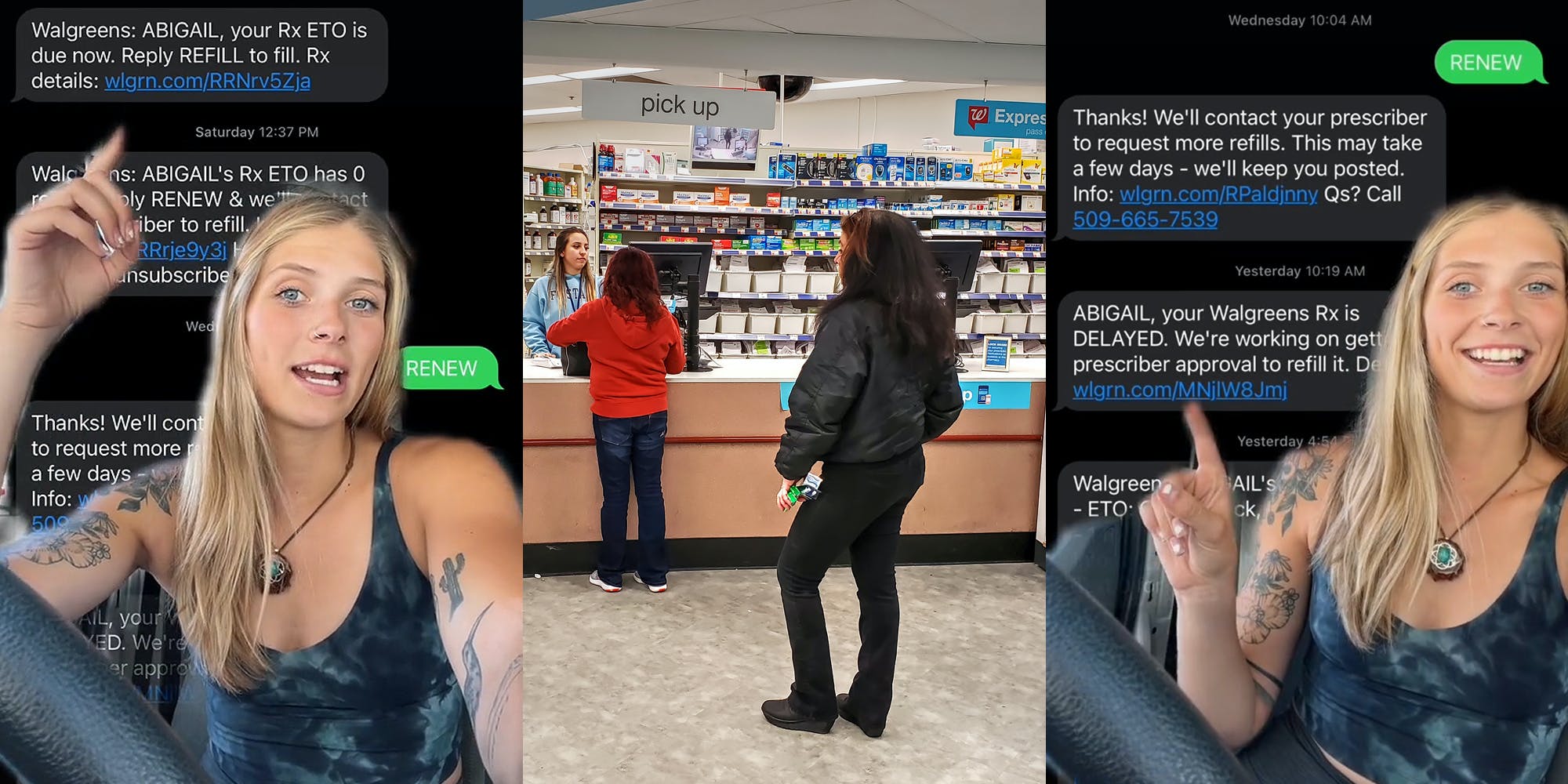 A TikToker claims that a Walgreens employee caused her to receive her prescribed birth control later than scheduled. She says it may have been based on the employee’s religious beliefs.

In her video, Abigail Martin (@abigailmartiin) says after she tried to get a hold of the pharmacy via phone, she went into the story to refill her prescription. However, the Walgreens employee allegedly refused to fill her prescription, telling her that she needed to call her healthcare provider.

“I don’t want to be biased against any religion, but the lady that was helping me was older, she was one of the only people working there, they weren’t busy, and she had two crosses, not one, but two crosses hanging around her neck,” Martin says in the video. “When I told her what I was there for, my birth control, she looks me up and down and goes, ‘hmm.’ Like, excuse me? She then says, ‘yeah, we’re not going to refill that prescription, you need to call your provider.”

When Martin asked the employee if she couldn’t fill the prescription, or if she simply wouldn’t, the woman allegedly told her again to call her provider. After discussing with her provider’s office and finding out that she still had multiple refills left, she called the pharmacy again, and spoke to a different employee. At this point, her prescription is four to five days overdue, she says.

“I call Walgreens again, the amazing lady who helped this time was great,” she says. “She said, ‘I don’t know why we haven’t refilled this for you, you have four more refills left and your provider called approving it. I’m going to fill this for you, but would you mind telling me who helped you last time?'”

When Martin told her which employee attended to her last time, the Walgreens worker said this wasn’t the first complaint against that particular employee.

”I know exactly who you’re talking about and we’ve been having this problem for the last two weeks,'” the Walgreens employee allegedly told her.

“They’ve been having a problem with women not being able to get their birth control for the last two weeks,” Martin continues.

The timing of this incident comes just over a week after the U.S. Supreme Court overturned Roe V. Wade, leaving the legality of abortion up to individual states, which Martin referenced at the end of her video.

“So first, they want us to stop getting pregnant and having abortions, and then, they don’t want to help us prevent that pregnancy,” Martin says. “I’ve been trying to keep this video lighthearted, but access to healthcare should be a right and this should not be happening.”

In a comment, Martin shared the symptoms she’s been experiencing since being off her birth control, including nausea, cramps, and an abnormally long period.

Commenters urged the TikToker to file complaints against the employee for withholding her prescription.

“Please file a licensing board complaint on that pharmacist or pharmacy technician,” one commenter wrote. “Also file a formal complaint with Walgreens.”

“I would be LIVID,” another commenter wrote. “That is medication that your provider prescribed. She is attempting to practice medicine without a license.”

“It seems the store clerk made a solo decision to not fill a prescription,” a commenter wrote. “She should be fired.”

The Daily Dot has reached out to Martin as well as to Walgreens directly via email.