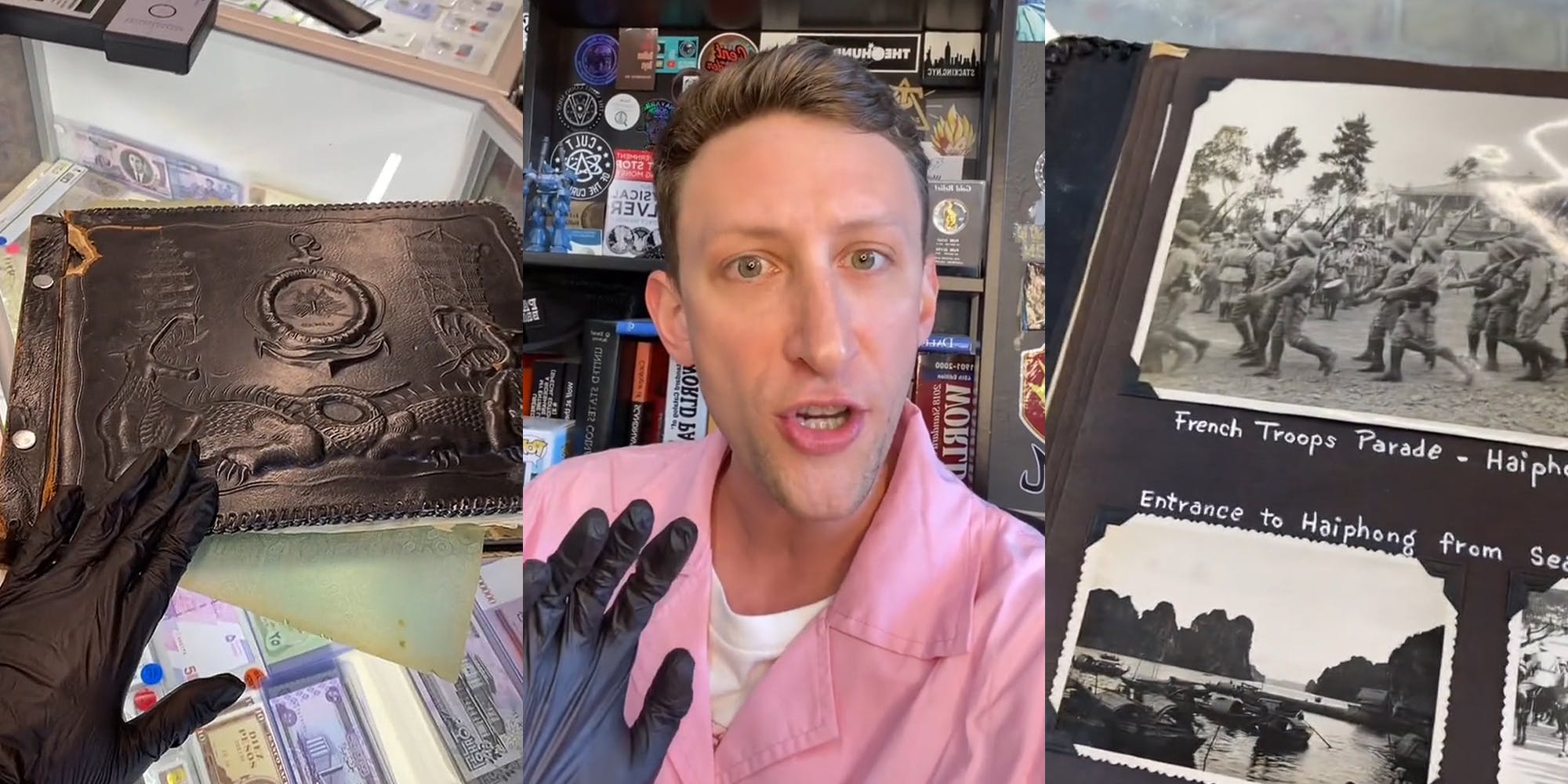 On his TikTok account yesterday, the @pawn.man, Evan Kail, said he may have discovered answers about one of the most controversial events in history.

“There are people that deny the Rape of Nanking,” said Kail in the video. “Part of their argument for that is ‘well there’s such little evidence.’ Guess who just found some?”

The video shows Kail turning the pages of what seems to be a scrapbook made by a World War II soldier just prior to the start of the war. Kail then goes on to show photographs taken by the soldier in China. As the timeline progresses, and as the photos get more “war-related,” according to Kail, what was documented in the book made him “scream.”

“Somehow that guy who took those photos was present for the Rape of Nanking,” Kail said in the video. “He took about 30 photographs that are unknown to history, that are worse than anything I’ve seen on the internet.”

The Nanking Massacre was and continues to be one of the worst human atrocities known to the world. Beginning in 1937, over six weeks an estimated 200,000 people including prisoners of war and civilians were massacred by Japanese troops in the city of Nanjing, China.

Between 20,000 to 80,000 women were estimated to have been raped or sexually assaulted during it,

Despite evidence, Japanese officials have denied either the severity of the massacre and even whether the massacre occurred.

While there have been some photos of the massacre released, Kail said in the video that when he majored in Japanese Studies in college, his professors told him that much of the photographic evidence had been destroyed by the Japanese government.

“This guy took photos of things that I’ve read about in books that I didn’t even realize anybody had ever documented before,” he said in the video.

In under 24 hours, the video went viral with over 1.3 million views.

On Instagram last night, Kail posted a story to his account telling people that he would get back to their inquiries at a later time. He did tell viewers to stop asking for pictures of the photos from the scrapbook, saying that he would be “risking” his account if he posted them online due to TikTok’s strict safety policy.

Earlier today, Kail then went on to post pictures from the book onto his Twitter account. One was posted with the caption: “Some photos from the TikTok about the Rape of Nanjing that I could not publish on that platform.”

Another tweet was labeled, “GRAPHIC” and showed a gruesome scene from the event.

Many commenters on various platforms have been urging Kail not to release these photos and instead wait for guidance from a museum.

One TikTok user under the account @blackpnwlady who says she is a “historian who has researched genocide” replied to Kail’s video telling him he may have photos of potential war crimes being committed and that he needs to reach out to an attorney immediately.

While it may be a “longshot,” she said that it is possible that some of the people in the photo may still be alive and able to be held accountable for their crimes.

At the end of his video, Kail said that “the simple fact is that a museum needs to take” the scapbook.

During the Instagram story from last night, Kail said that he is working on all the inquiries from various museums.

“Even though those photographs are horrible, if it was up to me I’d make viewing those photos mandatory for everyone on earth,” Kail said. “These photos need to be seen and documented and preserved.”