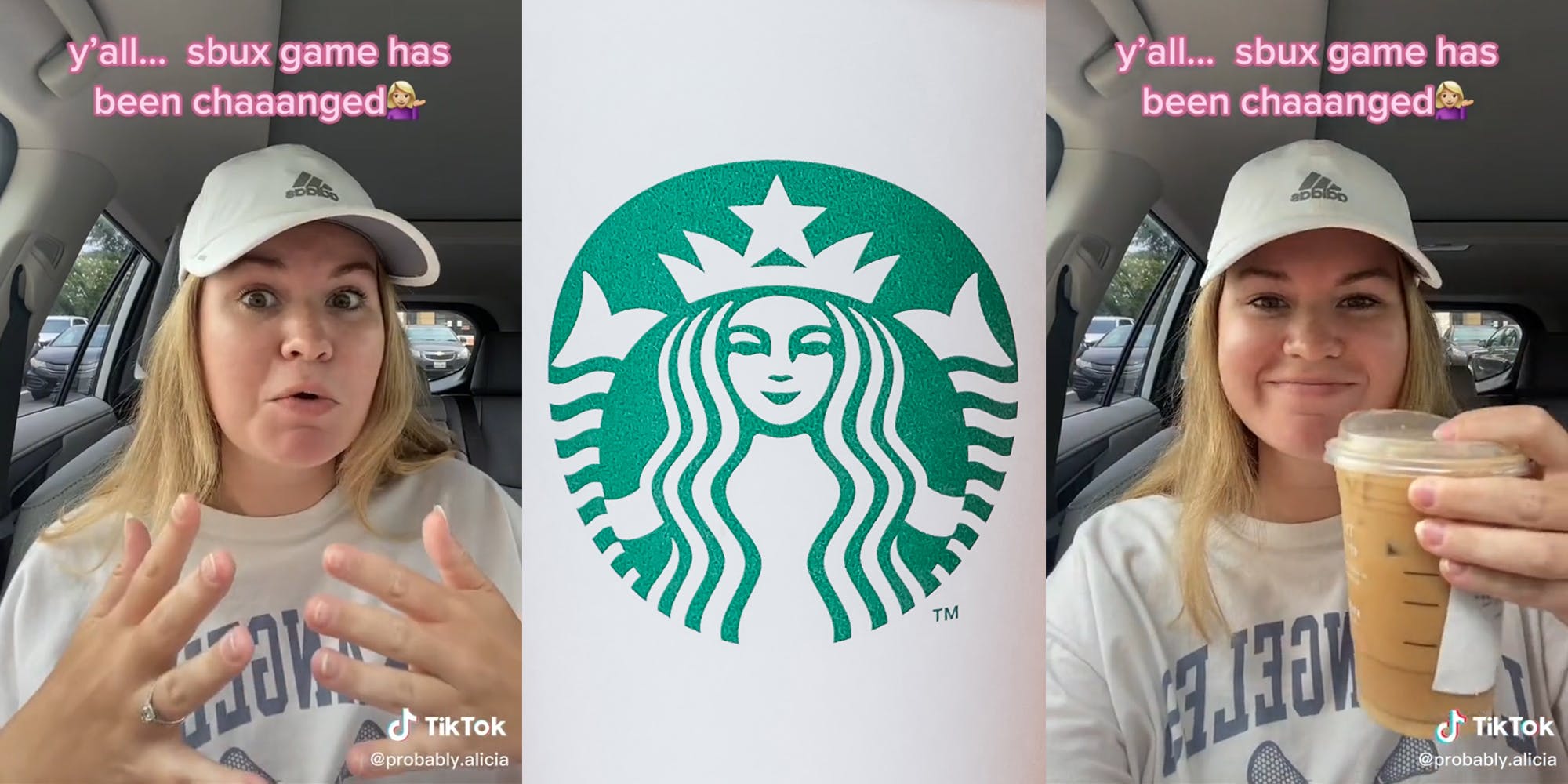 A customer says members of Starbucks’ Gold Card rewards program can get a free hot or iced coffee, or flavored cold brew refill as part of the included perks in a now-viral TikTok.

In the video posted by TikToker Alicia (@probably.alicia) on June 16, she says that she was able to get a free refill of her vanilla sweet cream cold brew when she tried Starbucks’ free in-store refill perk for Gold members. Text overlay reads, “y’all… sbux game has been changed.”

“I’ve always heard you could get a refill on like a brewed coffee, I’d just never done it. I always just thought it was a hot coffee,” Alicia says in the clip. “I got a vanilla cream cold brew, and I’m like Googling how to get my free coffee, and it says you can get a free hot coffee, iced coffee, or cold brew.”

Alicia says that she went to the counter to redeem her free cold brew, thinking that she could only get a black cold brew with cream.

“They rescan the app and they’re like, ‘Okay,’ and I get a whole other grande vanilla cold brew,” Alicia says. “How many times could I do this? Could I sit in a Starbucks all day?”

The video has amassed over 185,000 views as of Monday, with commenters sharing their all-day refill routines.

“I used to do this in college. Legit was there for 8 hours studying for a final once and spend $2 on a drink with unlimited refills,” one user shared.

“I torment my local Starbucks with cold brew refills all day low key,” another said.

“Yes for about a month straight I sat at a Starbucks for work and bought my first drink n the most have been 4 refills I drink the teas cold or warm,” a third wrote.

Although, several alleged baristas in the comments explained that they aren’t supposed to give refills on flavored or “specialty” drinks.

“Unfortunately, the barista messed up here. You get a free refill, but it’s just a plain hot/iced coffee, tea or cold brew,” one user wrote.

“It’s hot/iced coffee hot/iced teas, and they have to be like plain.. lol unfortunately that barista messed up‼️only with the app or gold card,” another added.

In a follow-up video, Alicia says she tried out the refill trick at a different location and was still able to redeem a flavored cold brew refill.

“Many people in my other video said they weren’t supposed to do the vanilla cream, so I was like, ‘Can I just get a cold brew?’ because I love the rules,” Alicia says. “Then she asked me, ‘Do you just want it black or do you want what you had before?’ I get a freaking grande vanilla cream cold brew.”

The Daily Dot reached out to Alicia via TikTok comment and to Starbucks via email.