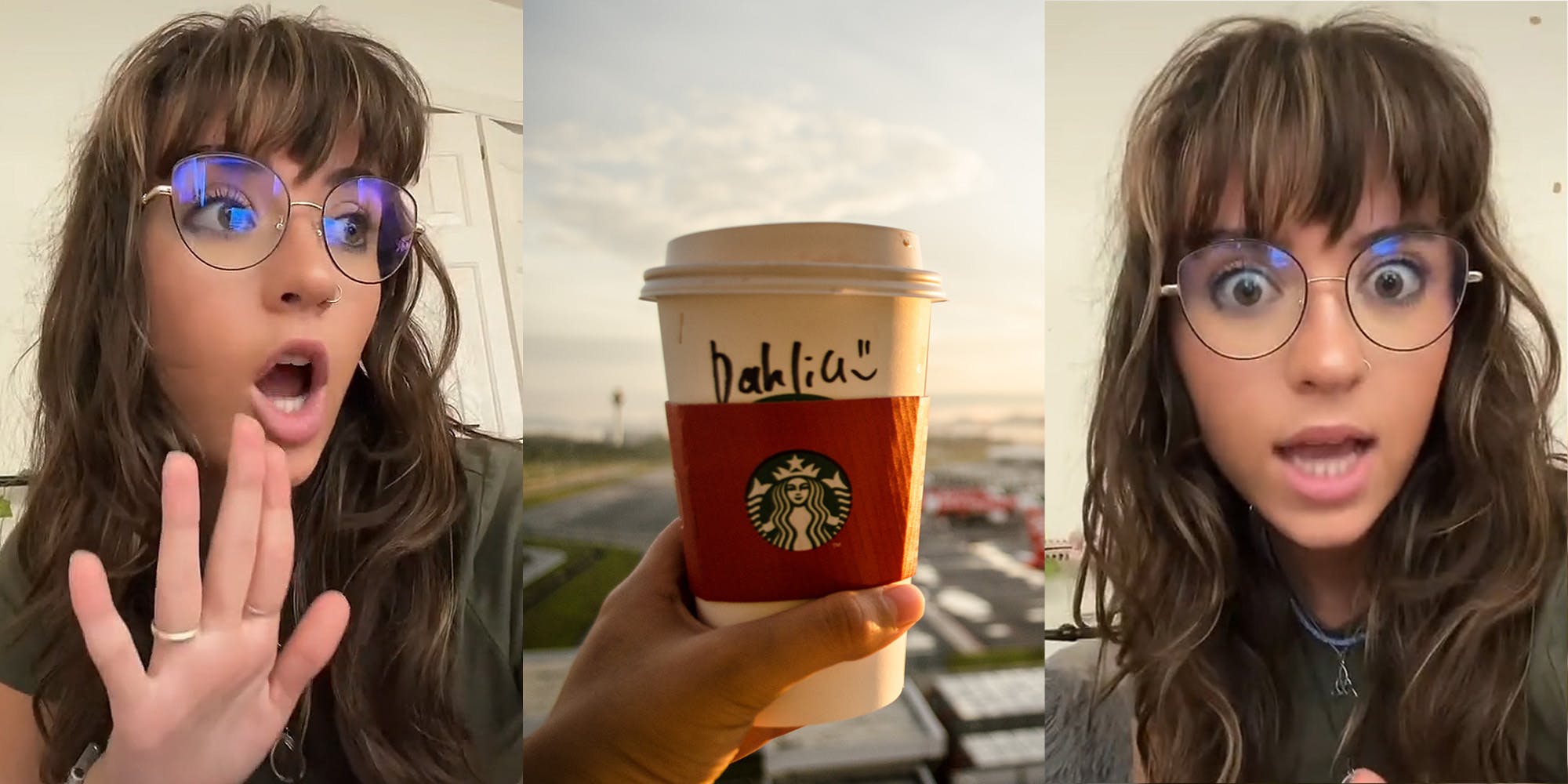 A Starbucks barista has gone viral on TikTok for sharing what may be a potential love triangle among her regular customers.

Viewers on TikTok are rabidly speculating about what might actually be going on, driving user @briacorreia’s original video up to 1.5 million views.

“I might be overthinking it, but I really don’t think I am,” the TikToker, Brianna, says.

Brianna explains how the pattern of mobile orders at her shop first tipped her off to the drama.

am i nosy? yes. doni care? no. dont do my girl kayla like that

Her regular “Kayla” would always come in and pick up five or six mobile orders at a time, but sometimes she would she grab just two drinks—one for her and one for a mysterious “Liam.”

Liam was sometimes a part of the big order too, but the side rendezvous made Brianna think something more intimate was happening on the side.

For the longest time, the barista had only met Kayla, until one day Liam picked up an order himself.

Shocked to meet the real Liam in person, Brianna was even more surprised that he was picking up two drinks, but not one for Kayla. He picked up one for himself and one for a girl named “Candace.”

Candace had been a part of the large orders that Kayla picked up as well. Brianna hadn’t thought much about it, until she discussed meeting Liam with her coworker. He claimed that Kayla had come in to pick up an order, just a single drink for herself, earlier that day.

Brianna, along with her coworkers, seem to think that Kayla, Candace, and Liam were all part of the same friend group. She speculates Kayla and Liam were together until he started seeing Candace behind her back—leading Kayla to end things.

“So now, me and my coworkers that know about—I keep calling it the ‘lore’— we’re all convinced that Liam and Kayla were dating, and Liam cheated on Kayla with Candace, who’s one of Kayla’s friends,” she explains. “And we are all so upset for her, even though it might not even be true.”

“She is so gorgeous, and he is literally a frappuccino boy,” Brianna continues, referencing Liam’s order of a Java Chip Frappuccino. “She deserves so much better.”

The barista says even though they know it’s pure fantasy, her and her coworkers are furious for Kayla. “Are we crazy? Maybe,” she concludes.

Users have weighed in with their own Starbucks love triangle theories.

“So I love your story, but I’m going to imagine Kayla is going on an exotic vacation so Liam is in charge of coffee today,” one user said.

“No, I think it’s work related and there was some kind of rift at work….. or Kayla got fired,” another suggested.

The Daily Dot reached out to Brianna via Instagram direct message.