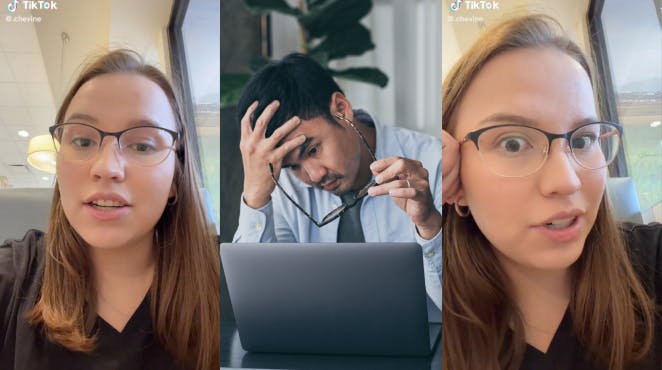 In a viral TikTok video, a woman shares the outcome of leaving the old job she hated for her new one and the results were surprising.

TikTok user Chevine (@chevine) gave an update regarding a new job she started working. In the seven-second clip, Chevine shares a new revelation about herself.

“I just started a new job today,” Chevine begins. “And I thought that I hated my old job but it turns out, I just hate working.”

Chevine doesn’t elaborate on why she left her old job for a new one, but still found a silver lining in her new job, captioning her video, “at least ill get paid.”

According to CNBC, 40 percent of Americans are considering quitting their jobs, with some of the reasons being low pay, no workplace advancement, and restrictive scheduling. In another study conducted by Pew Research, 42 percent of people left their jobs for better opportunities. In this case, it seems Chevine falls under the latter.

Her video racked up 564,000 views as of Wednesday, with many people in the comments relating to her situation.

“My biggest fear about quitting my job is what if the new job is worse and I can’t slack off like I do now,” one user shared.

“My new job has taught me a whole new list of reasons to hate working that weren’t possible at my old job,” another user wrote.

“SAME and I’ve quit three jobs to start new ones before I realized this. Now I’m just accepting it and planning more vacations lol,” a third said.

Others stated how the grass isn’t always greener on the other side. Some even speculated it could still be her old job making Chevine feel this way.

“It takes 22 months to recover from a toxic work environment… it could still be your old job,” one user commented, citing a blog that shared data on the cost of having a bad boss.

The commenter may not be far off, as Chevine shared in an update video that the job is “not that bad” because her boss is so nice. She explains she currently works at a liquor store, and while she’s “still working, which, you know, sucks,” her manager is really nice. She shares that one night, she accidentally dropped a box of beer bottles and it exploded all over the floor. Chevine says her manager did not reprimand her or even ask her to clean up the mess.