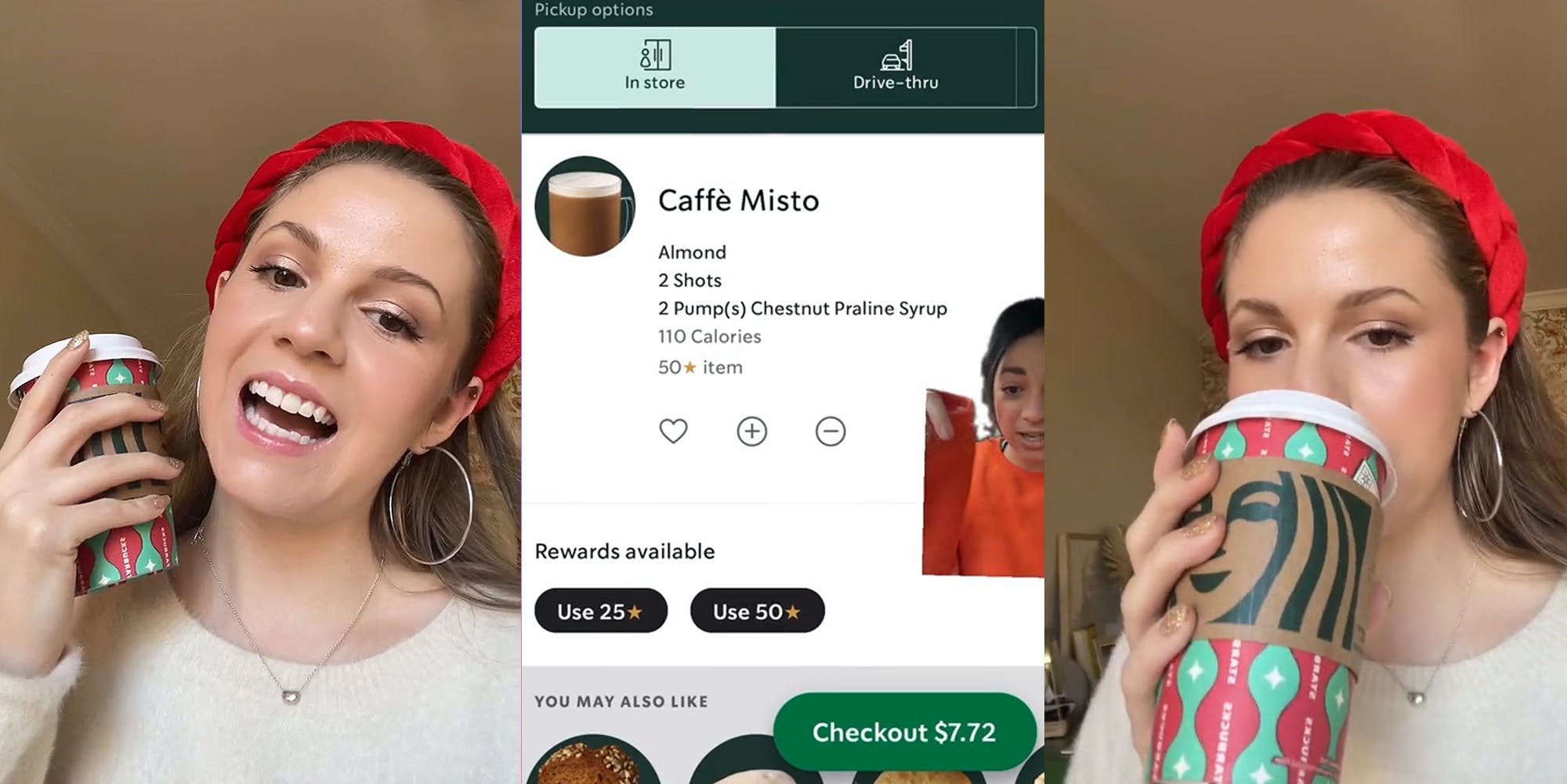 TikToker Kelly Gooch (@_kellygooch) shared her attempt at ordering a free Starbucks latte, by purchasing a Cafe Misto with Starbucks Rewards and adding espresso shots, milk, or syrups at no additional cost.

“Everyone says, you know, if you change the milk, add a shot, add a flavor, whatever, it tastes just like a latte,” Gooch says. “So I tried it today.”

Fellow creator Lyell (@lyellgirl) originally posted the tip in a viral video with over 7.5 million views. Lyell suggests viewers redeem a Cafe Misto for just 50 Stars, then customize the drink to make it taste more like a latte, a drink requires 150 Stars to be redeemed via the chain’s rewards program.

However, Gooch claims the hype around the hack is misleading.

“It does not taste just like a latte,” she says. “It’s actually not very good, according to me.”

The video racked up over 219,000 views as of Wednesday, with many people agreeing that the hack doesn’t taste like a latte.

“I tried it yesterday and it was disgusting. I’m convinced the people who do this hack never had a latte before,” a second shared.

“I tried this and it was disgusting,” a third stated.

Others offered reasons for the drink’s differing flavor from a traditional latte.

“That’s because it’s a red eye…with steamed milk and flavoring. You are getting more caffeine w/adding espresso but with a more pungent coffee taste,” one explained.

“it’s because half of it is brewed coffee. if you don’t like brewed coffee, it won’t taste good,” a second added

“Starbucks supervisor here, been trying to tell people this. Brewed coffee plus milk plus shots is going to taste extremely strong and NOT like a latte,” a third wrote.

However, some disagreed with Gooch’s take, claiming that the Cafe Misto is comparable to a latte with the right customizations.

“I did it with 2 pumps praline and 2 pumps toffee nut and thought it tasted like a latte,” one person wrote.

“Did you add shots of espresso? I just had it yesterday and it was so good!” a second stated.

“it’s only good if u LOVE the taste of coffee and don’t mind mixing filtered and espresso,” a third commented.

The Daily Dot reached out to Gooch via email and TikTok comment.