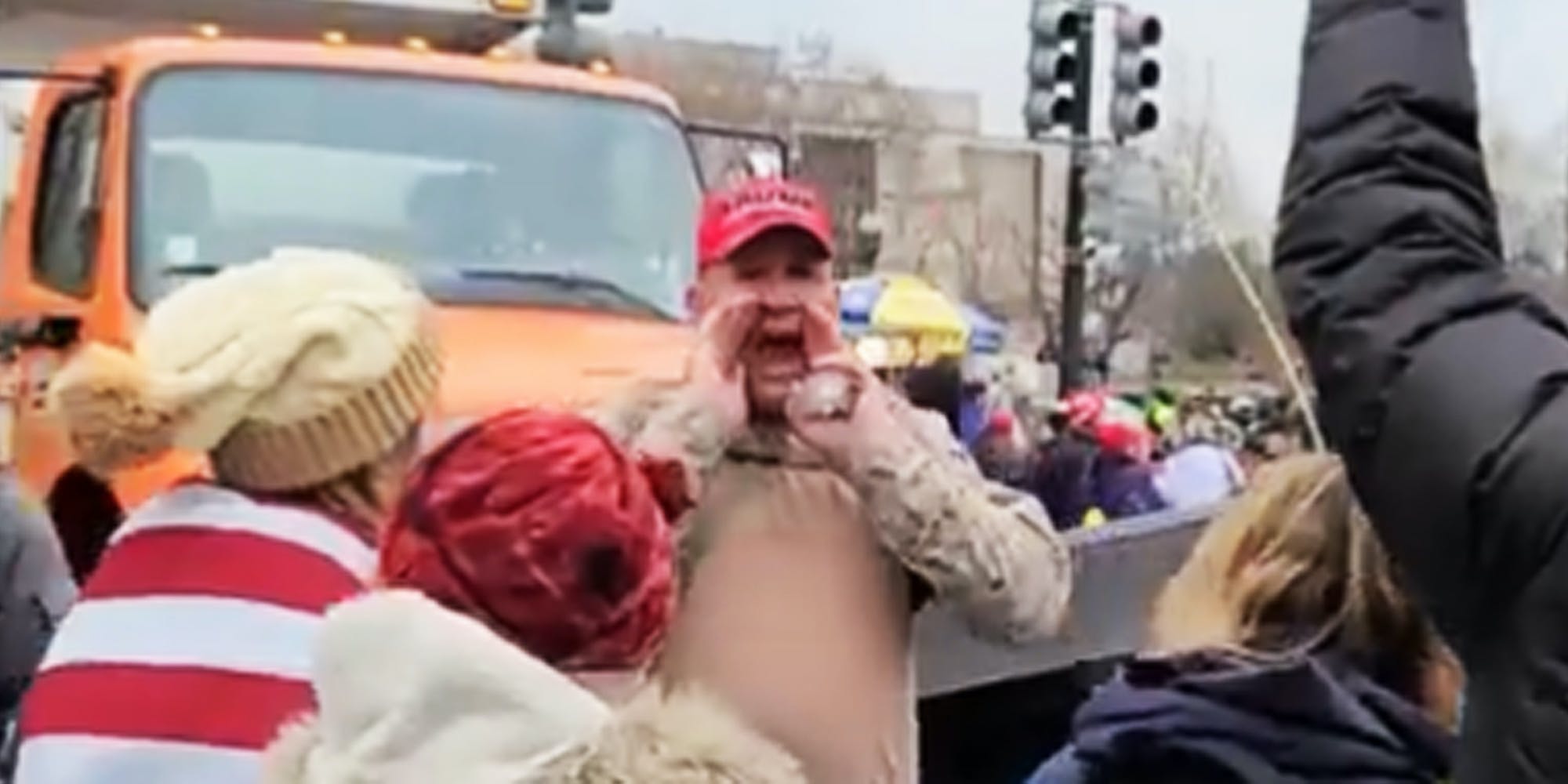 Conspiracy theorists are once again setting their sights on Ray Epps, a man who they have accused without evidence of inciting the Capitol riot on behalf of the federal government as a false flag attack, amid the ongoing January 6 Committee hearings.

Numerous tweets this week pointed the finger at Epps after he briefly appeared in footage aired during one of the committee’s hearings. Yet given that the video focused on the violence of Trump supporters and not Epps merely standing at the scene, conservatives claimed that the committee had doctored the footage to remove Epps.

Epps became the focus of supporters of former President Donald Trump last October after the right-wing blog Revolver suggested that the 60-year-old Arizona resident was responsible for the Capitol breach.

The so-called evidence cited was video of Epps encouraging others to enter the Capitol the evening before Jan. 6 as well as video of the man whispering in another individual’s ear during the riot. Conspiracy theorists claimed, despite the conversation being indiscernible, that Epps had undoubtedly encouraged the man to attack police.

Epps had also been briefly included on the FBI’s Capitol Violence Most Wanted List before ultimately being removed in July, another move seen as proof by conservatives that the event had been a “false flag.”

Yet the insinuations made in the article, which provided no actual evidence of federal cooperation and instead relied on presumptions and conspiratorial framing, quickly began to dissolve under the weight of new revelations.

The January 6 Committee ultimately interviewed Epps, who was never arrested given that he did not actually enter the Capitol or violently attack police, and claimed that he had denied any ties to federal law enforcement.

As reported by the New York Times last month, the Pennsylvania man who Epps was seen whispering to, Ryan Samsel, said in an interview with the FBI that Epps had actually told him to relax and not engage with law enforcement.

“He came up to me and he said, ‘Dude’—his entire words were, ‘Relax, the cops are doing their job,’” Mr. Samsel said, as revealed in a recording of the interview.

Epps was also interviewed by the FBI at the time and told investigators the same story.

The claims surrounding Epps have been promoted by everyone from Trump himself to Fox News host Tucker Carlson and numerous Republican lawmakers.

Epps is just one person in an ever-growing list of individuals who conservatives have blamed for the Capitol riot. While simultaneously downplaying the violence, Trump supporters have blamed everyone from antifa, the FBI, and numerous far-right figures as somehow convincing a crowd of thousands to enter the Capitol.