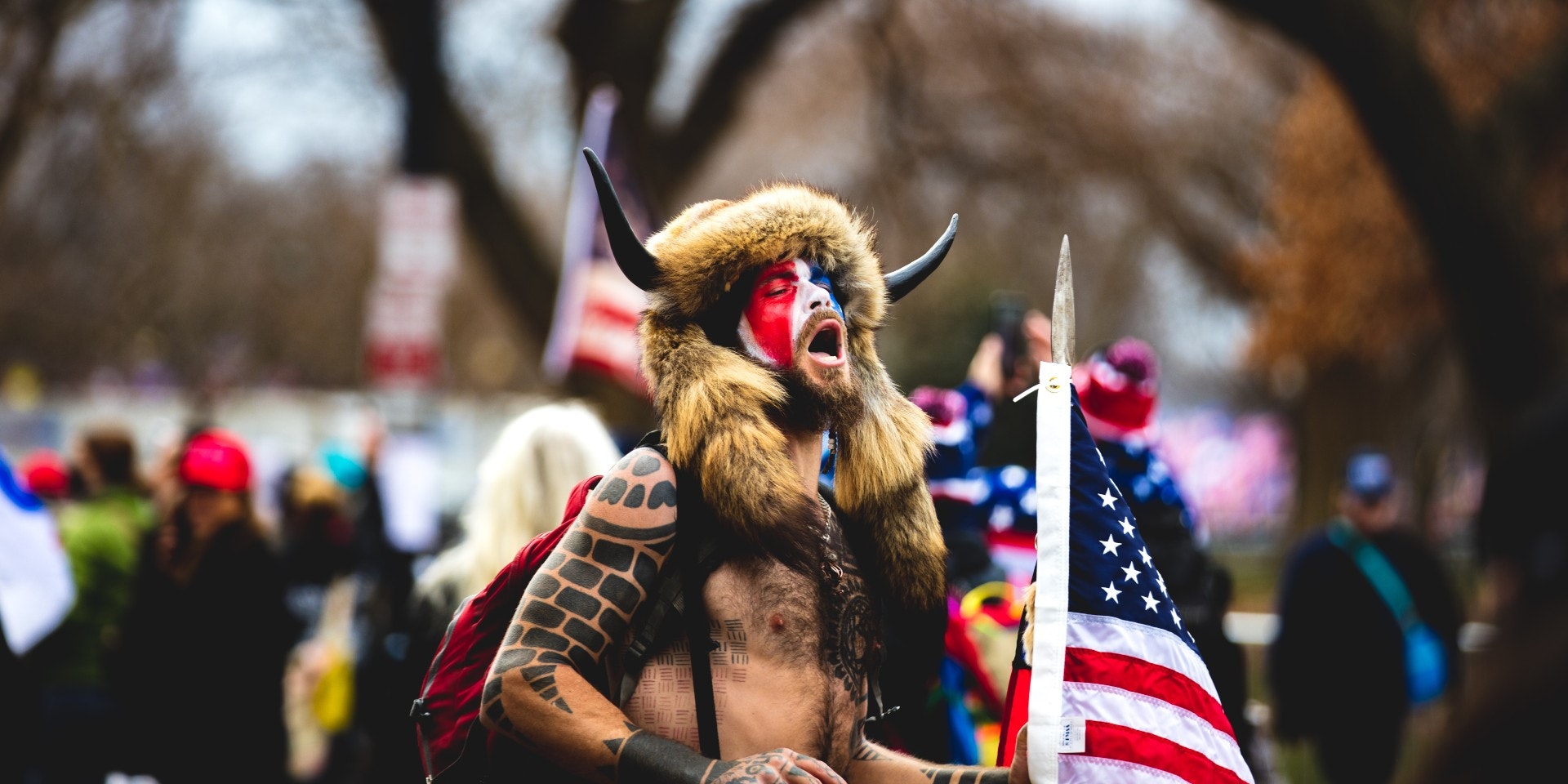 Jake Angeli, now infamously known as “Q Shaman,” refused prison food because it was “not all organic”—and his demand for organic food was met within three days of him being detained.

On Monday, Judge Deborah Fine ordered the prison to accommodate Angeli’s needs, prompting prison reform advocates to point out the hypocrisy of granting the wish of a white rioter while other prisoners go through hell.

“Jails in Missouri are not required to provide feminine hygiene products to women. Some women inmates resort to making their own tampons, leading to infections,” journalist Aisha Sultan pointed out. “This man wants all organic food.”

“This is so infuriating because not only are Muslims being denied the proper food but prison food in many capacities is inadequate for inmates at large. Please look at how we treat white terrorists people,” another said.

Shaheen Pasha, a journalist who has worked as a prison educator across 28 states since 2014, told the Daily Dot that many prisons often don’t have enough feminine hygiene products, forcing some women to make their own, which can, in turn, can lead to infections.

Pasha, who co-founded the Prison Journalism Project, said that the problem shouldn’t be that Angeli is getting the food he wants—the problem is that thousands of prisoners, most of whom are Black and brown, are denied basic healthy food.

Many Muslim inmates are denied halal food, Pasha added. “In some cases, they feel they get backlash if they make noise about it,” she said.

Having once shared a meal with inmates, she said the quality is “horrendously poor.”

“There’s definitely bureaucracy and privilege that was attached to [Angeli’s] request,” she said.

While she agreed that Angeli’s demand for organic food being approved is reeking of a kind of privilege that Black and brown prisoners don’t have, she believes there’s a bigger takeaway here.

“The judge agreed to give him organic food—the larger takeaway is if you are able to [grant this to] somebody who comes in with this privilege, having raided the Capitol, then that’s something we should look at for the larger prison population—maybe everybody should get organic food [or food they prefer],” she said.

The issue is deep-rooted in the belief among many that prisoners “are not worthy” of good food, she added.

This was evident in many of the tweets that followed Angeli’s arrest, wherein many cheered it on with wishes that he has to eat “prison food.”

“He should be served prison food. Period,” one user wrote in response to a HuffPost tweet regarding Angeli’s demand.

In expressing their satisfaction that some form of justice was being served when Angeli was arrested, people indirectly and unknowingly only validated the concern that prison food is, in fact, terrible and no one should be eating it.

While Pasha said this could be a learning moment to change the overall standard of prison food, she isn’t necessarily hopeful.

“I don’t think we’re gonna see a change. There’s always been parallel systems for different kinds of people,” she said, noting how Dylann Roof was treated to Burger King after a mass shooting in which he murdered nine Black people.

“People were outraged, and nothing happened,” she added. “Whereas it should be the opposite—it should be a turning point.”

Disclaimer: Samira Sadeque is a volunteer with the Prison Journalism Project.

The post Every inmate should get the food they prefer—not just the white ones appeared first on The Daily Dot.