What killed a team of nine accomplished mountain hikers? An avalanche? A UFO? Bigfoot? Military tests? Welcome to the Dyatlov Pass Incident, one of Russia’s ultimate unsolved mysteries.

Dyatlov Pass in Russia’s Ural Mountains got its name in the grisliest way possible: In 1959, Igor Dyatlov led a team of eight other hikers to their deaths under brutal winter conditions. When a rescue team finally found the group’s remains a month later, a bizarre series of clues has baffled investigators ever since.

In late January 1959, 23-year-old Igor Dyatlov was leading a team of eight other young hikers on a trek to scale Mt. Ortoten, which allegedly translates to “Don’t Go There” in the dialect of the local indigenous Mansi people. Dyatlov was one of seven men in the group of nine.

When relatives hadn’t heard from anyone in the team by February 20, search parties were sent out to look for the missing hikers. On February 26 they found their abandoned tent camp.

Nine Dead Bodies In The Snow

What researchers found at the camp scene was clear and unequivocal. It’s why it all happened that remains one of the world’s greatest unsolved mysteries.

So what really happened? To this day, nearly 60 years later, no one knows for sure.

The Avalanche Theory of the Dyatlov Pass Incident

One of the more popular explanations for what happened at Dyatlov Pass is that the team heard the rumblings of an oncoming avalanche and panicked, cutting their way out of the tent and scrambling down the hill without putting on heavier clothes.

The main problem with this theory is that there has never been evidence of an avalanche occurring at this location. There’s also the fact that the footprints found near the camp were not buried under any snow. And the footprints also indicate that those who left the tent did so in an orderly and slow fashion.

This theory attempts to explain only one facet of the mystery—the fact that most of the campers who fled the tent were barely clothed. But there is a known condition called “paradoxical undressing” that occurs when a body is succumbing to hypothermia; signals are sent to the brain that feel like one’s body is burning. But this only explains why they were barely clothed and not why they died.

Mysterious Balls of Light in the Sky

Another group of hikers that were in the vicinity of the Dyatlov Nine reported seeing odd orange spheres in the sky on the night of the incident. Russian police officer Lev Ivanov, who lead the investigation in 1959, finally revealed in 1990 that members of his team had also seen strange flying spheres around the time of the deaths. Ivanov wrote that he had orders to never discuss the sightings:

When E. P. Maslennikov and I examined the scene in May, we found that some young pine trees at the edge of the forest had burn marks, but those marks did not have a concentric form or some other pattern. There was no epicenter. This once again confirmed that heated beams of a strong, but completely unknown, at least to us, energy, were directing their firepower toward specific objects (in this case, people), acting selectively.

It has been speculated that these strange balls of light were either alien spacecraft (the crazy explanation) or Russian military aircraft on covert bombing missions. 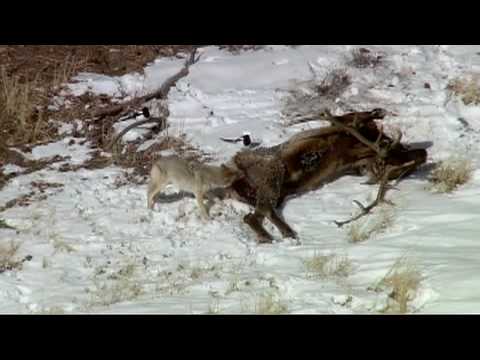 A once-popular theory that had floated around regarding the Dyatlov Pass Incident was that they hikers were attacked by indigenous Mansi tribesmen for trespassing on sacred ground.

This theory has been discredited for several reasons: 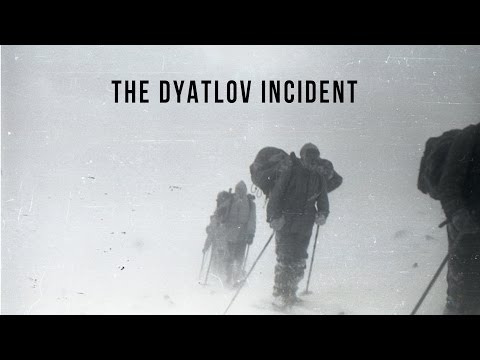 A wind phenomenon known as a “Karman vortex street,” caused by fierce winds blowing over specifically shaped geological structures, can cause very low-vibration sound frequencies called “infrasound” that is known to cause fear and irrational dread in humans. As the theory goes, an infrasound blast disoriented the campers to the point where they cut themselves and ran out of their own tent in a panic, only to freeze to death in the dark as they attempted to make their way back.

The problem with this theory is that there is no documentation of a Karman vortex street ever causing humans to act so irrationally that they’ll run half-naked down a snow-covered slope to escape it. Plus, a sound blast doesn’t explain the blunt-force trauma to three of the bodies.

Attacked by a Yeti

In 2014 the Discovery Channel aired a film called Russian Yeti: The Killer Lives. It attempted to explain that the hiking team suffered a fatal encounter with the Abominable Snowman due to the fact that one of the victims had a missing tongue and also based on a blurry photo shortly before everyone died that shows a shadowy figure peeking out near a tree.

The problem with this theory is that the picture could have been of one of the hikers. And any kind of wildlife predator could have eaten the girl’s tongue during the three months it took searchers to finally locate her corpse.

There’s all that, plus the fact that there is no evidence that the Abominable Snowman, the Yeti, or Bigfoot—whatever you want to call that hairy, smelly predator¬—has ever existed outside the realm of legend.

According to this theory, three of the male group members were KGB agents on a mission to deliver radioactive materials to CIA agents at a secret rendezvous in the snowy Ural Mountains. Yuri Krivonischenko had worked in a nuclear plant in Chelyabinsk that had a massive meltdown only two years prior to the hikers’ deaths. As the theory goes, something went wrong in the negotiation process and the CIA killed all nine hikers.

It’s a nice theory, except for the fact that even CIA members, despite all their magical powers, would leave footprints in the snow, and there were no footprints. And it was the cold weather alone that killed six of the hikers, while the other three suffered brute force trauma beyond that of the strongest, most buff, muscle-headed CIA agent on earth.

This theory, proposed by a physicist in St. Petersburg, states that Dyatlov Pass sits at a confluence of circumstances that can caused a very decreased force of gravity:

It formed a corridor of a kind, in which Earth’s gravity decreased. The tourists in the tent – sleeping or just getting ready, had time to undress. And then [an] “unknown force” began to lift them up off the floor and drag them into the direction of the corridor…people began to push outwards….The emerging tourists instantly pushed the tent from the inside, and since the pressure in their bodies still remained high, they received “unexplained” internal injuries – including broken bones.

That’s another nice theory, except for the fact that there’s no evidence of anything like this ever happening in human history.

For now, the mystery of Dyatlov Pass remains unsolved—which is what makes it so intriguing.