When most people look up in the sky and see white streaks, they assume a plane has recently passed. When believers in what are known as “chemtrails” see those streaks, they see evidence of a sinister government plan.

The normal condensation trails that follow an airplane are known as “contrails,” and scientists say they some from ice crystals that form as a plane soars through the subzero temperatures at 30,000 feet high. It’s sort of how you can see your breath in the air when it’s cold.

But those who believe in the “chemtrails” theory say that the difference is that contrails evaporate almost instantly, while chemtrails linger and expand for hours. The darker strains of the chemtrails theory say those manmade streaks in the sky contain chemicals that are either designed to poison the public or control their minds. At they very least, they claim that chemtrails are designed to manipulate the weather.

Arguments For The Chemtrails Theory 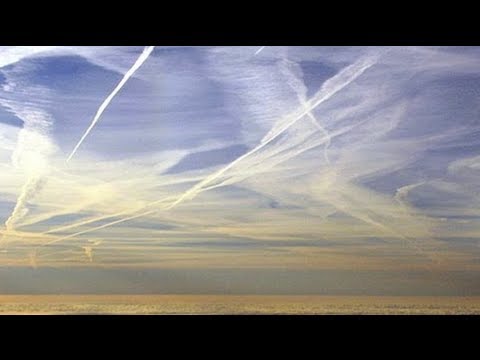 The chemtrails theory first gained traction in the late 1990s, developing from a 1996 US Air Force paper called Weather as a Force Multiplier: Owning the Weather in 2025.

They cite the paper, which argued for ways to manipulate the weather through aerosol spraying in order to cripple a military enemy as evidence that the government has been planning to spray chemtrails for quite a while now.

They also say that since 1995, the so-called “contrails” that normally issue from planes had a different chemical composition than would be found from simple plane exhaust and the trails also lasted far longer than before.

Believers cite photos that show huge barrels filling otherwise airplane cabins as evidence that the plane in question was designed to spray chemtrails.

As evidence that governments have purposely messed with the clouds before, they cite the Top Secret British Intelligence program “Operation Cumulus” from 1952—which was not a conspiracy but a documented fact that was revealed in 2001 after papers were delassified—in which the military dabbled in “cloud-seeding” to manipulate the weather. The short-lived project was brought to an abrupt halt after it was revealed to have caused flash floods in the English village of Lynmouth, killing dozens.

The British cloud-seeding experiment in the 1950s were far more effective than planned. On Aug. 15, 1952, they resulted in deadly flash floods in Lynmouth, a village in Devon, England. After dozens of people died in the floods, “Operation Cumulus” was put on hold. The British Ministry of Defense denied involvement in cloud-seeding until 2001, when documents exposing it were declassified.

Others cite documented US government experiments which show that spraying certain chemicals in the air can acts as a short of shield to forestall global warming.

They claim that samples taken of chemtrails have found chemicals that would never occur in ordinary plane exhaust. These chemicals include:

Believers say that as a result of being exposed to such toxic chemicals and germs, the following diseases have been observed in victims:

But why would the government sadistically inflict such pain on its citizens? Theories also abound for this:

• To “weed out” the older population so the government doesn’t have to fulfill its promises to return their Social Security payments.

• To “weed out” the population in general, because the elites allegedly would prefer to cull the human herd and alive on a planet with fewer people—all of whom conveniently are members of the elite.

• To pacify the public with drugs such as lithium, SSRIs, or even painkillers.

• To test military weapons, whether chemical or biological, on a public they view as little more than guinea pigs.

According to one believer, chemtrails are an established fact: “We have more evidence of chemtrails occuring [sic] today than we have of man ever landing on the moon.”

Arguments Against The Chemtrails Theory 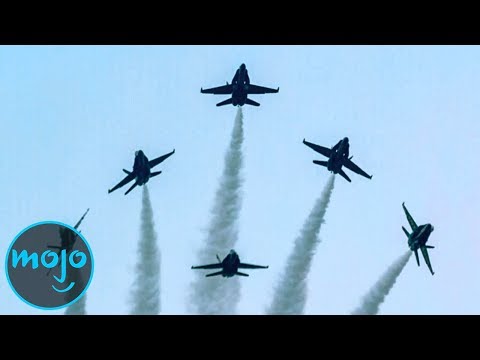 Critics of the chemtrails theory say there is absolutely no evidence these allegedly poisonous plumes are anything more than the normal condensation trails that have always followed jet planes in the sky. As proof, they cite photos and video from the 1940s that show condensation trails were just as wide and long-lasting back then.

They cite the fact that scientists almost universally dismiss the chemtrails theory—in a 2016 poll of 77 atmospheric scientists, 76 of them said that chemtrails did not exist.

They claim that alleged “proof” that the vapors in chemtrails contain several toxic chemicals never found in normal airplane exhaust is the result of flawed experimentation and testing methods. In one chemtrail conspiracy that claimed the condensation trail in question contained abnormally high levels of barium, scientists retested the evidence and concluded it was well within normal range.

They argue that if there was actually some grand government plan to either poison or pacify the public, it would require a staff of tens of thousands, and sooner or later a government worker would be forced to obey their conscience and reveal the conspiracy. But so far, not a single government worker has done that.

If you believe the government and the scientific consensus, then the chemtrails conspiracy theory is nonsense.

But if you believe that the government serves only its own power and that of the financial elites that pull its strings—and if this control extends to the point where the scientific community can be bought and paid for—then maybe there’s truly something evil there when you look up in the sky.