y now, any casual consumer of memes has likely stumbled into the quirky, grinning image of Cheems. Whether it be through subreddit’s like /r/dogelore or the iconic Swole Doge vs. Cheems format, Balltze’s journey to memedom has followed in the footsteps of other legendary Shiba Inu, just like Doge before him. Now, this humble good boi lives in Hong Kong with his owner Kathy, where the two enjoy a simple life together — aside from Balltze being one of the most recognizable dogs on the internet, of course. Curious about the Shibe behind the meme, we reached out to Kathy to hear the full story of Balltze, as well as what she makes of her beloved “Ball Ball” becoming an online sensation over the last year.

Q: Hello, Kathy. As big fans of Balltze, and his online persona of Cheems, we’re excited to have the chance to speak with you. To kick things off, would you like to tell us a bit about what you and Balltze have been up to lately, as well as introducing yourself to everyone?

A: Hi, Zach. Thank you for interviewing us. I am a fashion designer myself, and we live in a place called Kowloon, it’s part of Hong Kong.

Q: Before diving into his more recent fame as an internet icon, I’d like to know more about the background between you and Balltze. Could you tell us the full backstory of how you got him?

A: Balltze was adopted by us. Eight years ago, my friend’s friend wanted to emigrate and leave Hong Kong. He entrusted his friends to ask if anyone was interested in adopting a young Shiba Inu. We were interested, so we went to take a look. Recalling the first time we saw Balltze, he was naughty and very energetic. Although we knew that my mother didn’t want any pets, we still decided to take him home. My mother didn’t really like Balltze at the beginning, but after eight years of getting along, Balltze is already my mother’s darling, just like her youngest grandson [laughs].

Q: “Balltze” is quite a unique name, is there any significance behind it? How’d you come up with it, and were there any others you considered back then?

A: My brother gave Balltze his name. He likes Ramune from Japan. It’s kind of like lemonade, but with other flavors. To drink it, you have to push down a small marble from the bottle at the mouth, which creates more soda. But I call him “Ball Ball” because he is so round and cute.

Q: Alright, let’s jump back to that day in 2017 when you snapped the photo and uploaded the now-iconic image of Balltze to Instagram. Can you give us some insight into why you were taking photos, what were they for and if you thought anything special about them at the time?

A: That day was just like any normal day, because I really like the smiley expressions of Balltze, so I often took photos of his daily life. I saw Balltze’s back leaning on the marble steps so causally, and I thought it was very funny, so I immediately snapped some photos.

Q: What about Balltze? What was his reaction to being in the photoshoot, and is that pose something he does regularly?

A: Maybe when I’m constantly calling his name just trying to get him to look into my camera. He gets annoyed, so his ears were drooped. XD

Q: Fast forwarding to June 2019, the first use of Balltze appearing in a meme was when a Reddit user posted his face from that photo on the /r/dogelore subreddit with the caption “Cheemsburbger.” Do you remember ever seeing this meme? What was the first example you recall of seeing Balltze in a meme, and what was your initial reaction like?

A: Yes, I do remember. At first, I didn’t understand why people associated cheese with Balltze and why there were typos in the spelling. Later, after knowing the reason, I learned it was just a fun joke that brought everyone joy!

Q: So were you already familiar with internet memes, or was the appearance of Balltze in them your first introduction to such viral internet culture?

A: I can’t say I’m familiar with meme culture, but I do know big names like Pepe the Frog and Smudge Lord (Woman Yelling at a Cat).

Q: Because Cheems started on Reddit, specifically the /r/dogelore sub, were you active or aware of the platform at that time?

A: No. In fact, the first meme internet friends sent me was “Thingken of Cookies” and “Have you seen him? Now you have. =)” I personally like the second meme. That one with Balltze’s smiling face was printed out and stuck on street lamps, schools and bookstores, so that’s unusual to me and Balltze.

Q: Due to the absurdist and ironic nature associated with Cheems memes, do you find them bizarre, funny or completely indecipherable?

Q: Would you say memes, in general, are popular in Hong Kong or does it come from America and other countries? What about the “Cheems” meme specifically?

A: It was not very popular [here] at first, but recently I saw some Cantonese-version meme shows on my Facebook and Instagram he was in. A while ago, someone even used Swole Doge vs. Cheems to make a meme that only Hong Kongers understood with Mrs. Lam, chief executive of Hong Kong, as restaurants [here] are not allowed dine-in after 6 p.m. Cheems is the coronavirus before 6 p.m., and Swole Doge is the coronavirus after 6 p.m.

Q: During that early period as you took notice of Balltze first becoming a meme, how did your friends and family respond to the online phenomenon? Did people think it was funny, weird or did they not quite understand it?

A: My husband and friends are excited about how Balltze is popular worldwide. When they find Balltze in a new meme, they will always forward it to me.

Q: Since he’s become such an internet sensation and meme icon, has Balltze’s renown online affected your life in any significant way? If so, could you tell us how?

A: In addition to my full-time work, my part-time job is like Balltze’s customer service hotline, which provides Balltze dialogues for his fans around the world every day. Oh, yes. Balltze has now signed with a media management company called “Pets On Q,” you can reach them for cooperation with Balltze. We are also working with an American figures company, so please stay tuned!

Q: Lots of people we’ve spoken to in the past about their association with being a meme either love or hate it, while you seem to have really embraced Balltze’s usage with Cheems. Were you always comfortable with this, or did it develop slowly over time?

A: It developed slowly over time. At first, I didn’t care much about his meme, but starting this year, more and more people shared Balltze’s meme and artwork with me. Then, I finally realized that my dog’s photos were “hitting like a boom.”

Q: Now that Balltze is quite a big meme and you’ve embraced his association with it, what are his fans like? Do people recognize him as the Shiba Inu from Cheems when you’re out in public?

A: When we take him for a walk, passersby only say that “This Shiba Inu is cute and fluffy.” No one in Hong Kong knows that he is the little Cheems star. But in the online world, I receive many PMs [private messages]. They all tell me how much they like Balltze, and I am always flattered! In early January, I made a post on Balltze’s Instagram account saying Hong Kong face masks were out of stock, and we were asking for a helping hand. We didn’t expect foreign fans would send the masks to us, but they really did! But then my account was phished and my husband’s cat passed. I am very grateful to Balltze’s fans because, besides the happy smiley face of Balltze, they are also willing to help and share our sadness.

Q: Due to his background, have you ever used some of this internet fame to raise awareness or participated in any events related to animal welfare efforts?

A: This year in April, we started selling merch that’s a “100 percent Good Boi” T-shirt. All the proceeds sold for the shirts are donated to Paws Guardian, a spay dog rescue organization in Hong Kong. I also participate in dog rescue volunteer works.

Q: So how old is Balltze now, and what is the good boi like these days? Can you give us a first-hand account of what living with him is like, as well as his overall demeanor?

A: He’s a 9-year-old uncle. My mother takes care of Balltze’s daily routine, so my mom is the real-real owner of Balltze. Whenever my mother speaks, Balltze will stare at her with affection. Maybe Ball Ball only has my mom in his heart [laughs].

Q: What about his favorite activities? What does Balltze like to do and how does he typically spend his time?

A: He spends most of his time resting and sleeping. When we get home from work, he’s very excited and welcomes us home. After dinner, we will sit on the sofa together, and then he will usually lick our hands. I don’t know why he does the licking, maybe he is not full yet.

Q: Circling back to memes, Balltze recently played a role as Cheems in the “Swole Doge vs. Cheems” meme. Are you familiar with this specific version? What do you make of this particular meme?

A: It’s a good format because there is a positive and negative contrast, so it seems easier for creating memes with things like Swole Doge vs. Cheems. 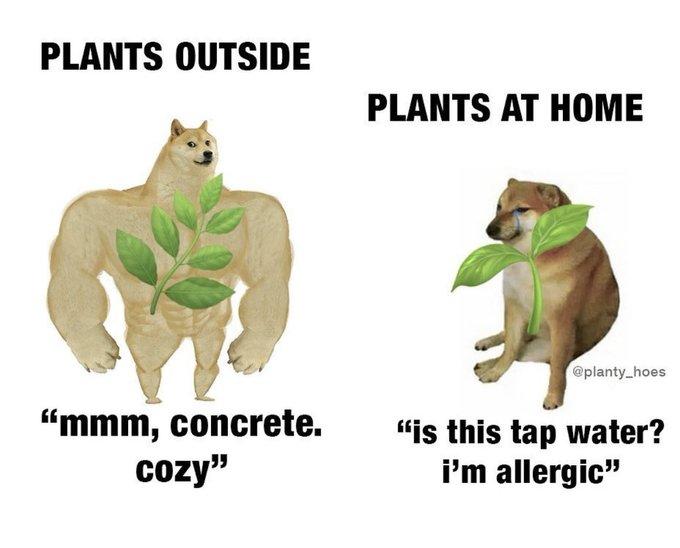 Q: What about Cheems memes as a whole. Do you find them to be humorous, and do you have any favorite versions or some you’ve made that you can share with us?

A: My new favorite is a Spanish meme: “Do you mind scrolling down? I’m taking a bath.”

Q: Because you’re now savvier in the ways of meme culture, do you like memes in general these days, or do you not typically consume that kind of internet content?

A: I won’t deliberately look up memes, but when I see funny ones, I will share them with my close friends and family.

Q: Alright, this last one’s for Balltze, so please translate for us. Can you ask him if he looks up to Doge as an inspirational figure? Also, how does he want his legacy to go down among the legendary Shibas of the internet meme world?

A: Okay, yes, yes … here’s what Balltze says, “Meme fade, Doge is eternal. Remember me as ‘Balltze,’ not ‘Cheems’ or ‘cheemsburger,’ I’m just a Balltze.”

RUINING All My Favorite Movies With Facts I Didn’t Know

A Whiskey Writer Shares His Favorite Bourbons Not Made In Kentucky

21 Subscription Boxes For Anyone Whose Favorite Hobby Is “Snacking”

42 Things From Amazon That Just Want To Make Life Easier...