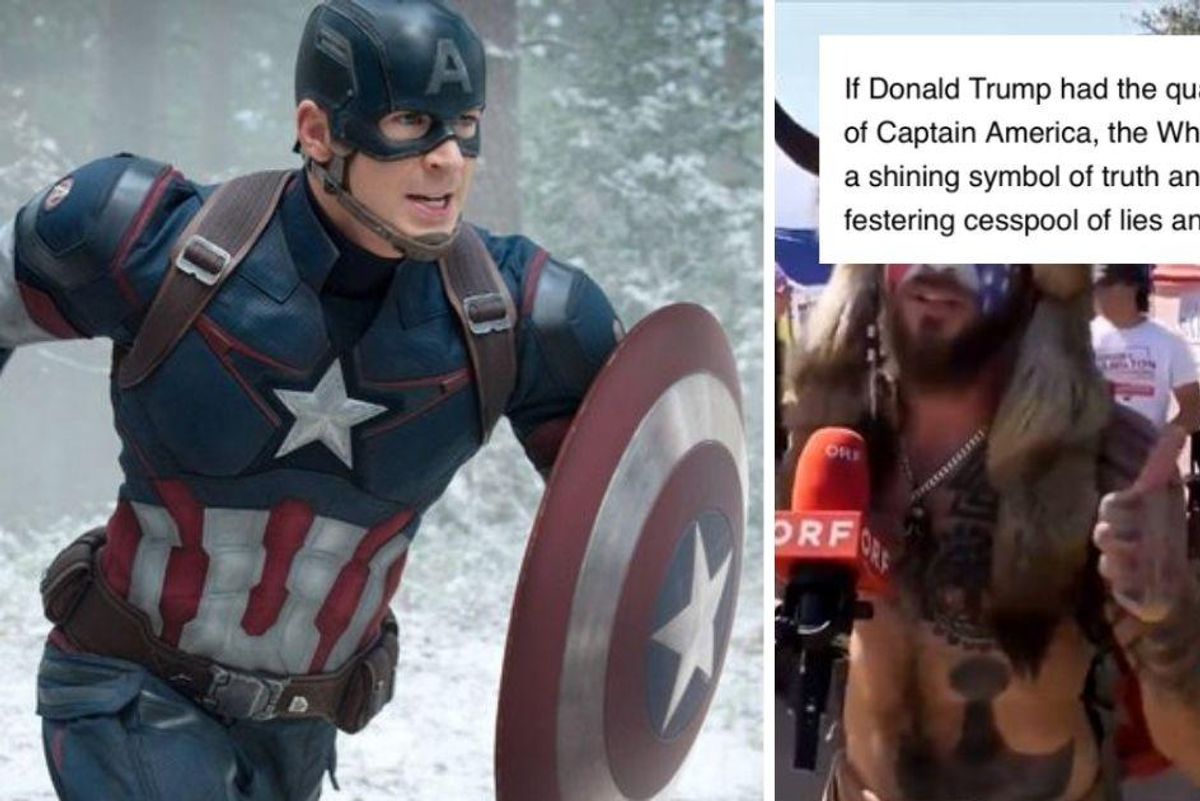 While many of us know Captain America from the current Marvel Cinematic Universe movies starring Chris Evans, the superhero character has been an iconic comic book character for 79 years.

A superhero with the name “Captain America” who wears a red, white, and blue uniform and fights for freedom naturally invokes a sense of patriotism. However, not everyone who considers themselves a “patriot” can truly claim the title.

The son of one of Captain America’s co-creators has some harsh words for those who have co-opted Captain America symbolism in their support of Donald Trump and the storming of the Capitol by his followers. Neal Kirby, the son of Jack Kirby, who created the character with Joe Simon in 1941, aimed his message directly at the rioters.

“My father, Jack Kirby, along with this partner Joe Simon, created Captain America in 1941. Perhaps the most iconic symbol of patriotism since the ‘Spirit of 1776’, Captain America has stood as a symbol and protector of our democracy and the rule of law for the past 79 years. He was created by two Jewish guys from New York who hated Nazis and hated bullies. Captain America stood up for the underdog, and, as the story was written, even before he gained his strength and prowess from Army scientists, always stood for what was righteous, and never backed down.

At 72, I have a fairly vivid personal memory of every political and cultural upheaval since Castro’s revolution in the mid-1950s. Add to that my father’s stories, and I could probably paint a picture of the battlefields of northern France surrounding the city of Metz in WWII as well. However, the events that transpired at our nation’s Capitol on Jan. 6, an insurrection inspired and fomented by our own president, will be the event that haunts me forever.

My father, Jack Kirby, and Joe Simon, the creators of Captain America and WWII veterans, would be absolutely sickened by these images. These images are an insult to both their memories.

If Donald Trump had the qualities and character of Captain America, the White House would be a shining symbol of truth and integrity, not a festering cesspool of lies and hypocrisy.

Several of our presidents held the same values as Captain America. Donald Trump is not one of them.”