On the same day, the Kansas-based news network KSNT reported on the Kansas Red Wave Rally, a peaceful pro-Donald Trump protest taking place inside the Kansas State Capitol Building. One photo in the article features Capitol Meemaw from a profile view, proving the viral photo was not taken in D.C. (shown below). 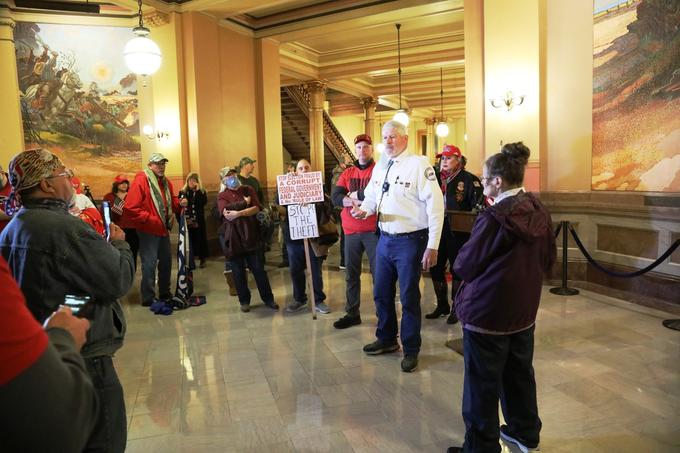 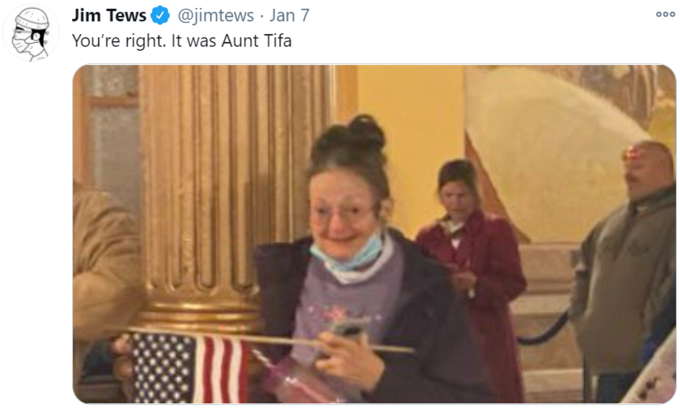 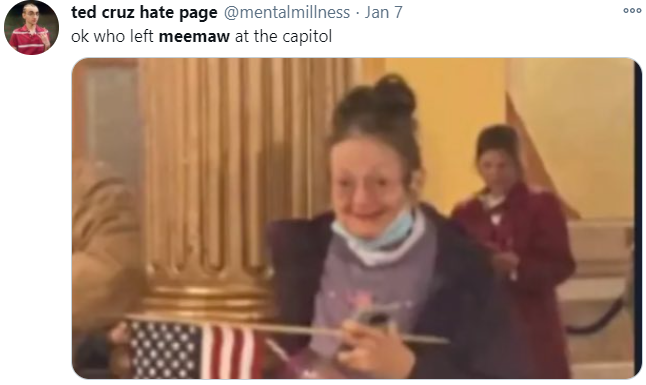 On January 8th, @RebeccalErwin posted a painting of Capitol Meemaw to Twitter (shown below, left). On January 9th, @emiisntfunny tweeted, “rare pic of meemaw breaking into the capitol (colorized 2021)” along with a photo of an old woman climbing a gated door (shown below, right). 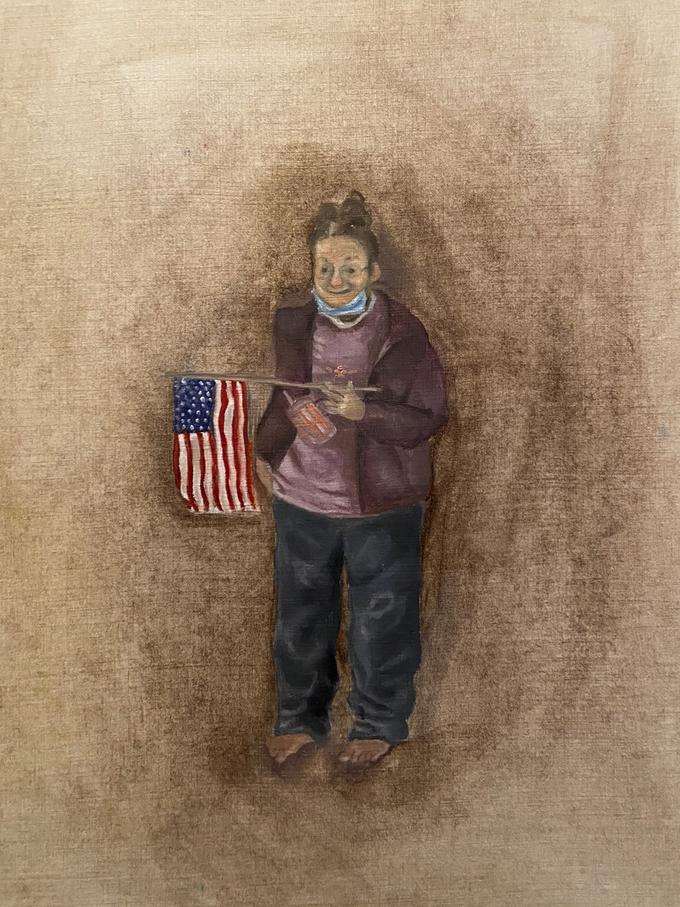 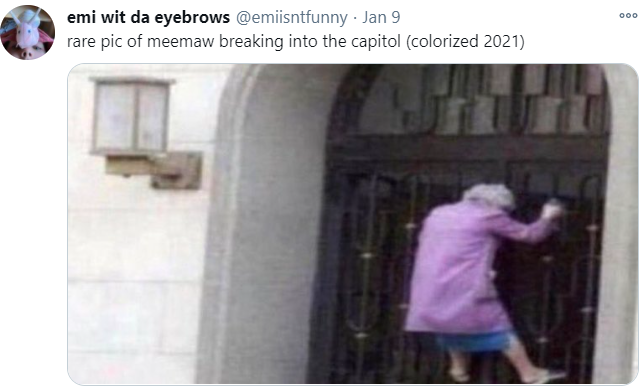 On January 12th, BuzzFeed News published a story titled, “We Tracked Down “Capitol Meemaw” — Who Was Not Actually At The US Capitol.” The article features an interview with Capitol Meemaw, where she sets the record straight by confirming that she was not at the Capitol, but that she was at the Kansas State Capitol Building to pray with the peaceful protestors there. 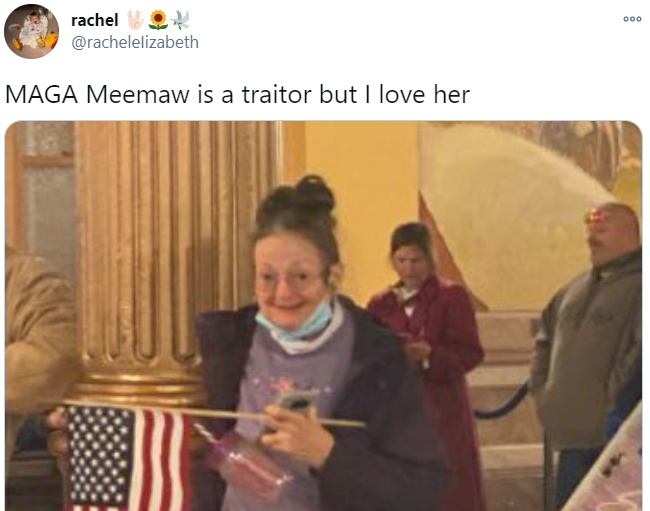 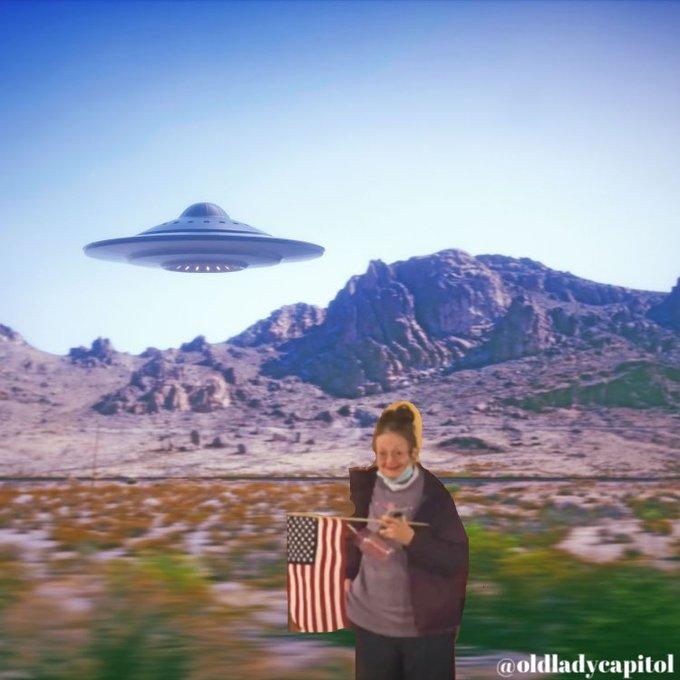 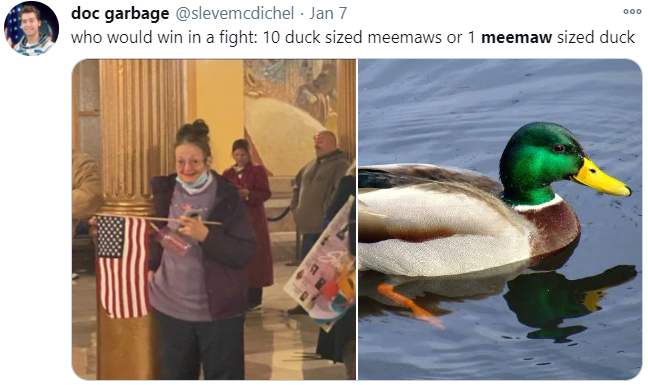 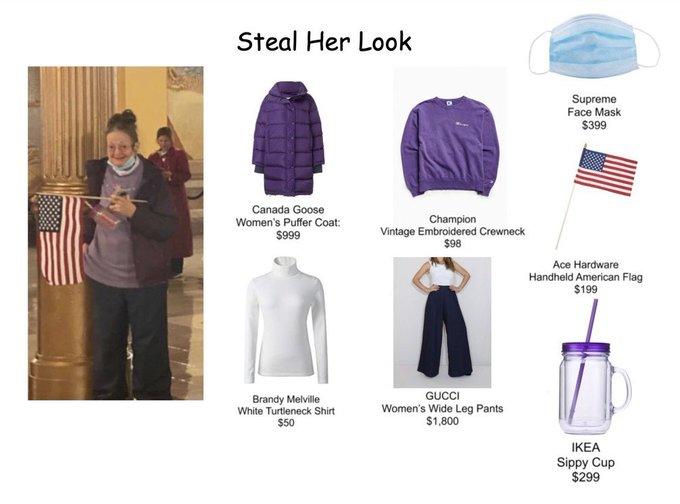 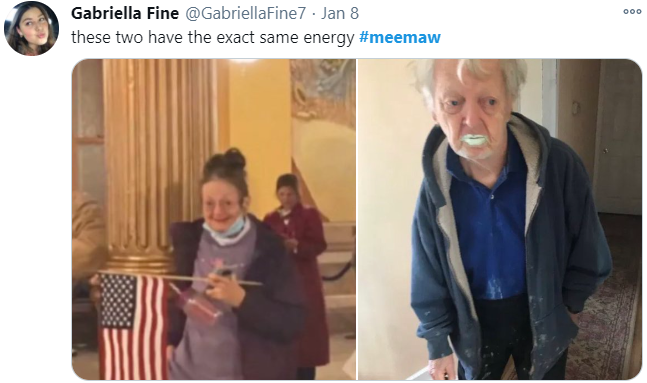 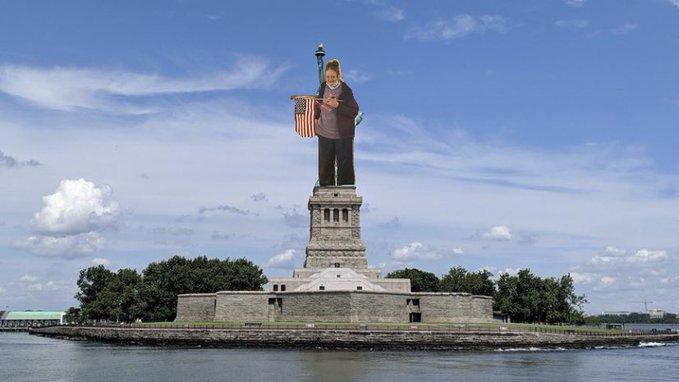