The terrorist attacks of September 11, 2001 changed the world forever. Most people believe they were deliberately orchestrated by Osama bin Laden. But since the moment the attacks happened, others have insisted it was all a setup designed to increase American and Israeli military power. What exactly do these people believe, and why?

Watching the Twin Towers fall and the Pentagon burn was a shock to most of the world, but especially Americans who are not accustomed to military attacks on our own soil. The aftermath led the USA into prolonged military engagement in the Middle East that continues to this day. But this is the very reason that many people claim it was all orchestrated by the USA and/or Israel—since it led to an expansion of their power and influence in the Middle East, they argue, it had to have been planned.

1) Those who believe the US government had advance knowledge of the attacks but did nothing because they knew the attacks would justify military expansion in the Mideast.

2) Those who believe that the US actually planned and executed the attacks themselves.

Although the theories are wide-ranging, they can be organized into the following general categories:

Theory: The Twin Towers Fell Due To Controlled Demolition, Not From Being Struck By Airplanes

Proponents of this theory claim that the impact and resulting fires from crashing jet airliners would not have been sufficient to collapse buildings as tall and well-built as the World Trade Center, and certainly not as quickly as those two buildings caved in. Immediately after the attacks, several news sources claimed that the buildings fell due to heat melting the buildings’ steel infrastructure, but the conspiracists have offered evidence that burning jet fuel was not hot enough to melt the steel in these buildings. 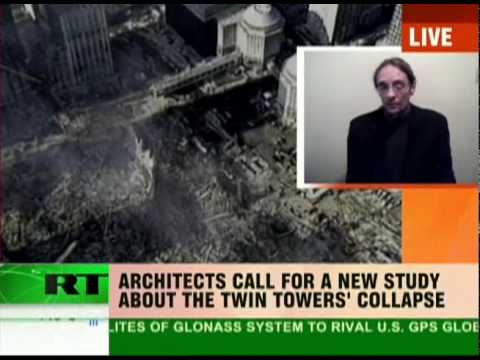 Others note that there was thermite and nano-thermite found in the debris around the Twin Towers, which would suggest the existence of explosive materials.

However, several investigators have concluded that the impact of the planes alone was sufficient to collapse the towers. Others suggest that the alleged “thermite” found at the scene was nothing more than primer paint.

Theory: Insider Trading Before The Attacks Prove They Were Planned

Some people point to the fact that there was an “extraordinary” amount of stock-trading action at an “abnormally high” level regarding American Airlines and United Airlines—the two companies whose planes were involved in the 9/11 attacks—directly before September 11. They cite this as proof that people were betting on the attacks and sought to profit from them. And it’s true that the level of stock trading on these airlines was about 45 times the normal level in the days directly preceding the attacks.

However, extensive investigations have provided no direct evidence that anyone knew about the attacks, and it has been concluded that the abnormal amount of stock trading was pure coincidence. And the 9/11 Commission Report said there was no evidence of any stock trader directly profiting from the attacks.

Theory: USA Air Defense Was Ordered To Stand Down And Not Intercept The Planes

This theory claims that the North American Aerospace Defense Command (NORAD) either issued a direct stand-down order regarding the four planes involved in the 9/11 attacks or deliberately scrambled messages so that fighters couldn’t reach the planes in time to prevent the attacks from happening.

However, there is no evidence of a stand-down order. And in fact, the FDA did alert NORAD about three of the planes, but it was too late in each instance to prevent the attacks from happening.

Theory: Suspicious Israeli Agents Were Found In A Van, Filming The Event

A few hours after the attack, FBI agents found five Israelis sitting in a van in an abandoned parking lot, videotaping the event and displaying “puzzling behavior.” According to an observer, “They were like, happy, you know….They didn’t look shocked to me. I thought it was very strange.” The FBI arrested them and concluded that two of them were Israeli intelligence agents. But a spokesman for the Israeli Embassy in the USA claimed that the two agents had not been involved in any intelligence operations within the USA.

Theory: The Pentagon Was Hit By A Missile, Not A Plane

This theory claims that the hole left in the Pentagon was too small to have been caused by a plane and was instead made by a missile that the USA deliberately fired at it. According to conspiracist Thierry Meyssan, “How does a plane 125 ft. wide and 155 ft. long fit into a hole which is only 60 ft. across?”

This has been debunked by an engineering professor who explained, “A crashing jet doesn’t punch a cartoon-like outline of itself into a reinforced concrete building. When Flight 77 hit the Pentagon, one wing hit the ground and the other was sheared off by the Pentagon’s load-bearing columns.”

Theory: Flight 93 Didn’t Crash, It Was Shot Down By A Missile

United Airlines Flight 93 was the only one of four planes on 9/11 that didn’t hit its intended target. Instead, it crashed in an open field in rural Pennsylvania. The official story is that irate passengers attacked the hijackers, which caused the plane to crash. But this theory claims that since parts of the plane were found up to eight miles away from the crash site, this is evidence of a heat-seeking missile rather than a plane crash.

Conspiracists also cite an early news report that Flight 93 had landed in a Cleveland airport as signs of a cover-up rather than simply a mistaken news report.

However, engineers have concluded that a crash alone was sufficient to have strewn parts of the plane over a swath that extended for miles.

Theory: The Identities Of Some Hijackers Were Originally Misidentified

Directly after the attacks, the BBC published the names of what were thought to have been the hijackers. A few of those who were named were later found to have been alive. Conspiracists pointed to this as evidence that the entire event had been faked, rather than the possibility that the BBC misidentified a few people due to the fact that many Arabic names are extremely similar.

Theory: Jews Were Warned To Skip Work At The World Trade Center On 9/11

According to this theory, no Jews died on 9/11, and this is because they were tipped off to the attacks in advance. According to one website, “American Jews staged the 9/11 terrorist attacks for their own financial gain and to induce the American people to endorse wars of aggression and genocide on the nations of the Middle East and the theft of their resources for the benefit of Israel,” which is apparently why Jews were spared from the horrors of 9/11.

Theory: No Planes At All Were Invovled In The Attacks 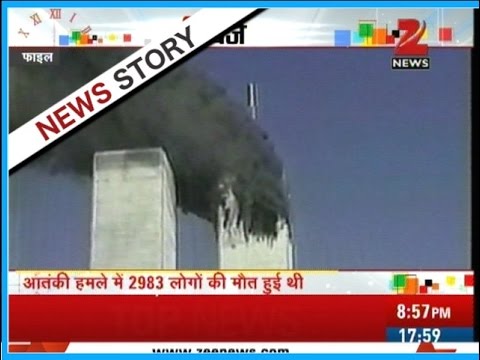 This theory claims that no plane, at no speed, was capable of penetrating the mighty Twin Towers. It further asserts that any footage of the planes flying into the buildings was digitally faked. It goes even further and asserts that what struck the buildings were missiles that had been enhanced by holograms to appear as if they were planes.

This theory is so nutty, it probably doesn’t deserve a rebuttal.

Theory: The Attacks Were A USA/Israeli Plot To Establish A “New World Order”

This theory takes the results of 9/11—the fact that the USA launched several wars across the Middle East—as proof that it was all an inside job to extend the sphere of influence for both America and Israel throughout the region. It claims that a cabal of bankers, corporations, and other global financiers arranged for the whole false-flag operation as an excuse to justify their own predatory behavior throughout most of the world.

The problem with this theory is that it’s nothing more than a theory—there has been no evidence, no “smoking gun” in the form of a document or a personal statement from someone with inside knowledge that this is the case.

One problem with the whole concept of “conspiracy theories” is the idea that no government has ever lied to its citizens. This is a demonstrably false idea that can be disproved with numerous historical examples.

The term “conspiracy theory” can also be used as a form of gaslighting in the sense that merely calling someone crazy does not directly address their allegations.

So it’s healthy to question what the government tells you. But unless you want to look like a fool, it’s best to back up your theories with solid evidence. As has been shown with these 9/11 conspiracy theories, there is no solid evidence for any of them. In fact, all the evidence contradicts them.

This is why it’s crucial to distinguish between health suspicion and unhealthy paranoia.