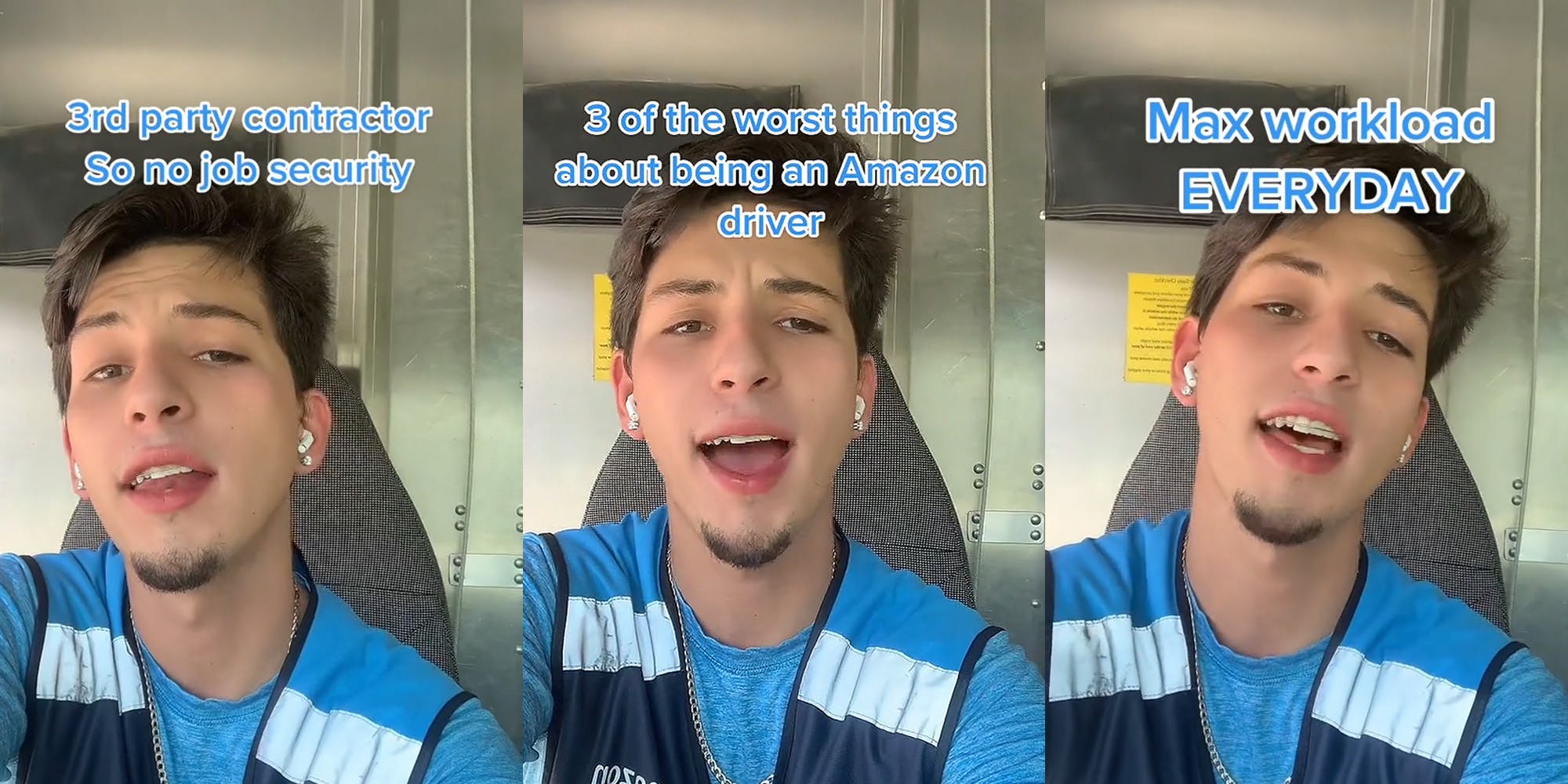 An Amazon worker used TikTok to share what he considers three of the worst things about being a delivery driver for the company.

The driver, named Caino (@bestamazondriver), claims that Amazon delivery drivers aren’t technically employed by Amazon. He says they’re employed by a third-party contractor, which means they have no job security.

Second, he says Amazon is “run by computers.” He claims those computers are set to the highest level in order to assign drivers the maximum workload every day.

But if drivers knock their workload out quickly in hopes of getting sent home early, they’ll be sent to go help another driver, Caino says.

“Then you do your work and somebody else’s work for the same amount of money,” he says in the video.

Since he shared the video on Wednesday, it has received nearly 600,000 views. Some of Caino’s viewers commented that while they appreciate drivers’ hard work, they would rather Amazon stop overworking their drivers.

“They need to chill. I’d rather drivers be treated well and just wait a day longer for my package,” one viewer commented.

Some viewers, who claimed to also work for Amazon, said they had similar experiences to Caino.

“Facts! I was always the fastest but when I had an overload of stuff I never got rescued,” another user said.

One user wrote, “Did this for two weeks couldn’t even they want u to go fast but don’t pay you the 8 hours lol why would I go fast if it means I’m getting paid less.”

Multiple others said Caino should work as a delivery driver for another carrier like FedEx or UPS, claiming that they had better working conditions than Amazon.

However, in a follow-up video posted the next day, Caino shared some of the “best things” about being an Amazon delivery driver.

He lists the lack of micro-managing and flexible schedules as two benefits of the role. The TikToker also claims that drivers get paid for 10 hours of work each day they clock in, regardless of the actual amount of hours they spent working.

“You’re guaranteed a 40-hour check minimum every week,” he says.

The Daily Dot reached out to Amazon via email and to the TikTok creator via TikTok comment.