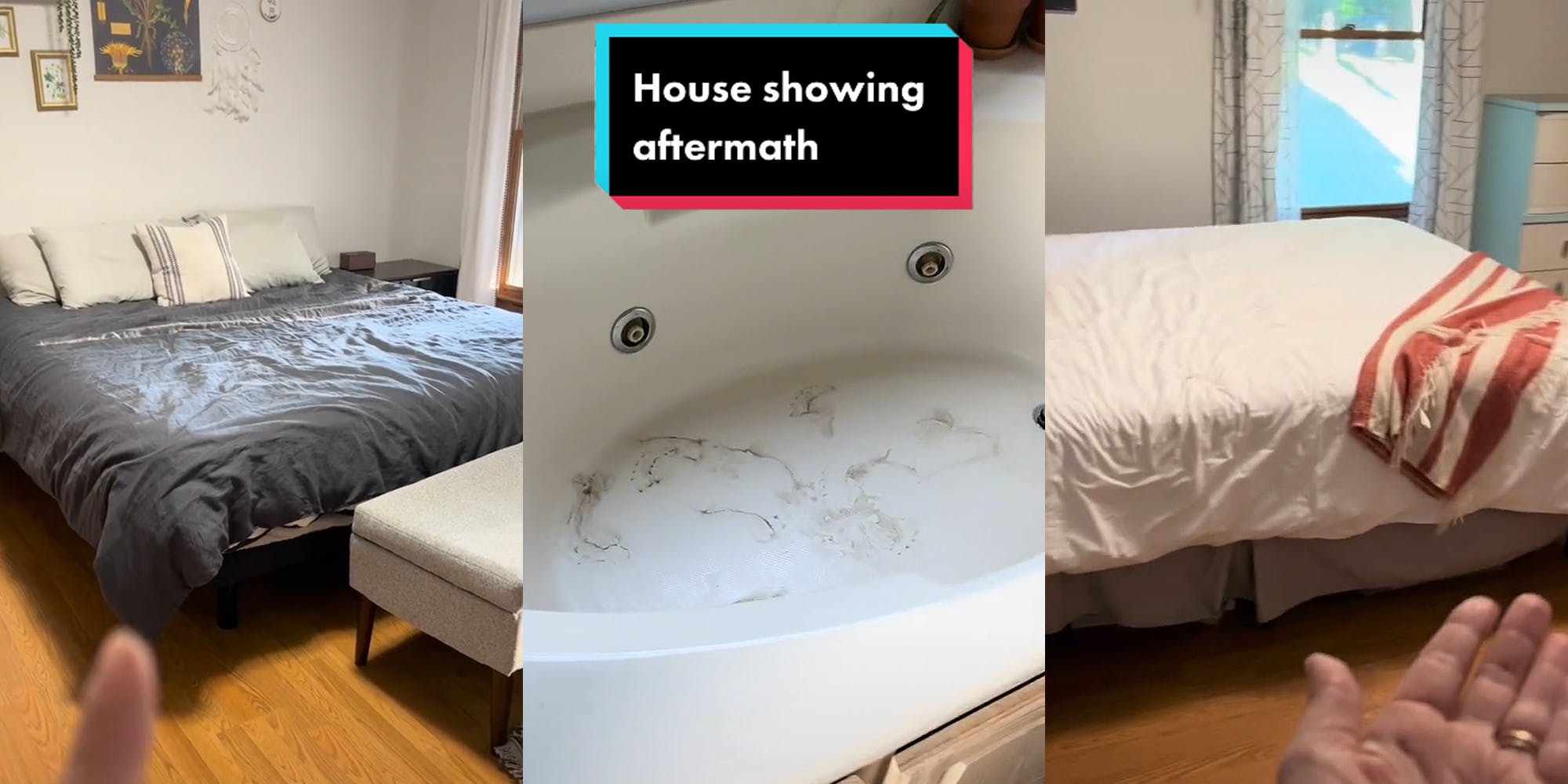 When Tiktoker @fortdefiance, whose posts are usually about farm life and American folk music, decided to start showing her house to potential buyers she was not expecting them to take it on a full test run first. In a TikTok posted to her account, she takes viewers on a home tour, demonstrating how these people didn’t just try out her couch but also seemingly stepped into the bathtub – without even cleaning it up afterward – and actually got into her bed.

Expressing her absolute incredulity that the strangers viewing her home apparently decided to test the bath and get under the covers on her actual bed, the creator ends her video on the verge of hysterical laughter, saying “hope you all had fun.”

“They really wanted to take it for a test drive huh lol when we were viewing houses even with my kids I told them DO NOT touch anything lol,” one viewer wrote.

“I’m concerned about the amount of yuck that came off their body and left in the tub,” another commented.

“Who were they showing this house to? Goldilocks and the three bears?” another wrote.

While most people were just astounded some shared similarly wild stories about the absolute audacity of people who came to view their houses when they were on the market.

“A long time ago when we sold our house, the people literally went in our fridge and helped themselves to drinks…and left cups on the counter,” another shared.

“My parents showed their house and there were kids. They went through the cupboards and got candy. Left wrappers all over the house and yard,” one user commented.

Others blamed the showing agent for allowing the prospective buyers free range of the place.

“As a realtor, this is 100% on the showing agent to let their clients know what is/isn’t acceptable. Have your agent call their agent ASAP,” a user wrote.

But it turns out the TikToker may have had the last laugh. In a follow-up video, she explains why she spent so much time cleaning the bath before the showing, and why the state her viewers left it in “was so funny.” It turns out that normally that bathtub isn’t used by humans – instead, it’s the home of an injured baby goat, who happens to be using it as her bed while she recovers indoors from a broken leg.

Of course, given how much the internet loves baby goats, some people thought that was just further incentive to buy the house – so long as the creator left the baby goat with them when they took over the place.

“The house would have been sold quicker had you left the goat in the tub. To me. I want the baby goat. Will buy house for baby goat,” a user shared.

Sadly, for any goat lovers looking for a home, little Kacey will be going with the TikToker when she moves and is not a part of the deal.

The Daily Dot has reached out to @fortdefiance for comment.