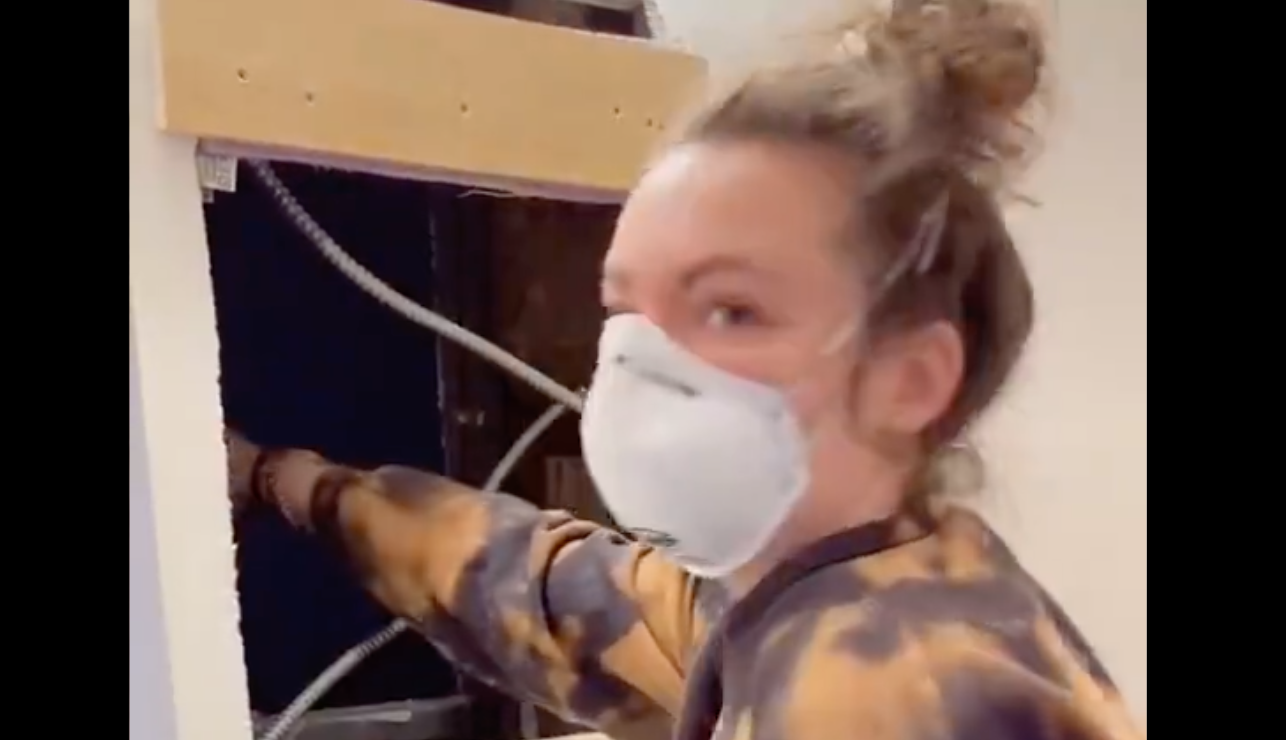 “I’m in my New York City apartment and it’s cold,” Samantha said in the first video of what ended up being a four-part saga. She goes on to show that there’s a breeze in her bathroom. All windows are closed and she shows the vent that she says isn’t blowing any air. But, if you look close enough, you can see her hair blowing in some kind of wind.

Samantha did mention that she had taped up some areas where she thought the breeze was coming from but it didn’t work.

In the following TikToks, Samantha brought in a couple of friends and showed that there’s a huge hole behind her bathroom mirror. The large square hole had a LOT of space behind it and that made the whole thing even scarier. Not only could Samantha fit her whole body behind it, but she could also easily walk around. It turns out that there was a whole apartment behind Samantha’s apartment.

In parts three and four, Samantha walked around with a flashlight and hammer in hand while she and her friends joked that someone could be living in her walls. There were black trash bags all over and even a bottle of water sitting on a ledge. Before she put the mirror back, she mentioned that she and her landlord were going to have a talk, but there’s no part five so far to say what happened in that conversation.