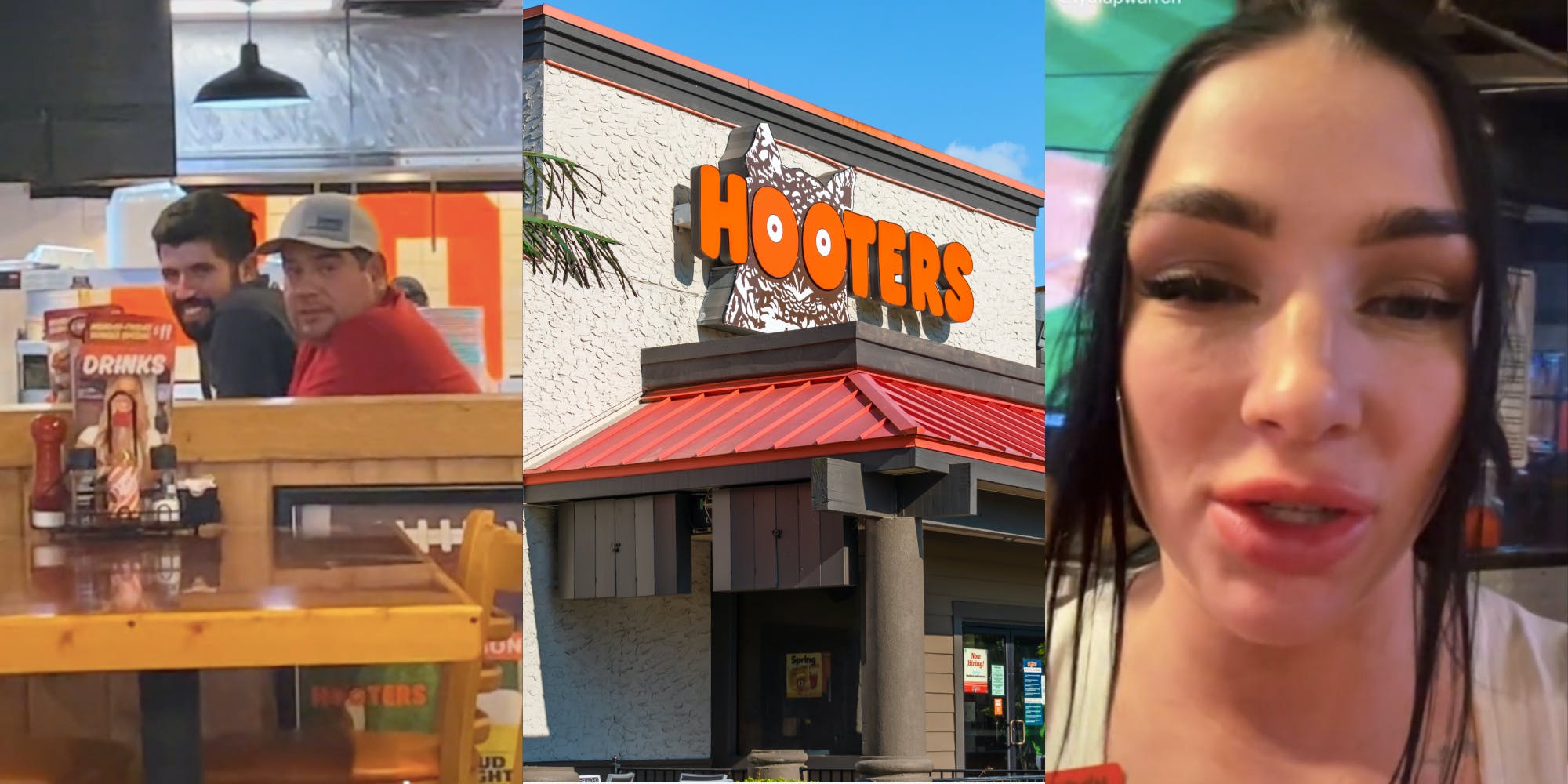 A Hooters server has gone viral after showing an interaction she had with a customer.

In a video with over 548,000 views, Hooters server and professional MMA fighter Lydia says she was working when she noticed a customer taking pictures of servers without their permission.

It is unclear where the video took place but the comments seem to suggest the restaurant was in Albuquerque, New Mexico.

Female servers are frequently harassed on the job. According to a report from UC Berkeley’s Food Labor Research Center, “71% of women restaurant workers had been harassed at least once during their time in the industry.”

Servers at Hooters and other “breastaurants” have reported other negative consequences of their work.

“…We found that waitresses working in restaurants that sexually objectified their employees were more likely to experience a host of negative interactions with customers, ranging from unwanted advances to lewd comments,” write Dawn Szymanski and Chandra Feltman for The Conversation. “They were also far more likely to internalize cultural standards of beauty, experience symptoms of depression and were more likely to be dissatisfied with their job.”

In the case of Lydia, users supported her for clapping back at the rude customer.

“This that dark feminine energy we all need,” wrote one user.

“He could’ve literally just asked for a picture,” noted another. “If I was at his table the second hand embarrassment would make me leave.”

“I would do the same thing if someone is recording me!” shared a third.

The Daily Dot has reached out to Lydia via Instagram direct message and Hooters via email.