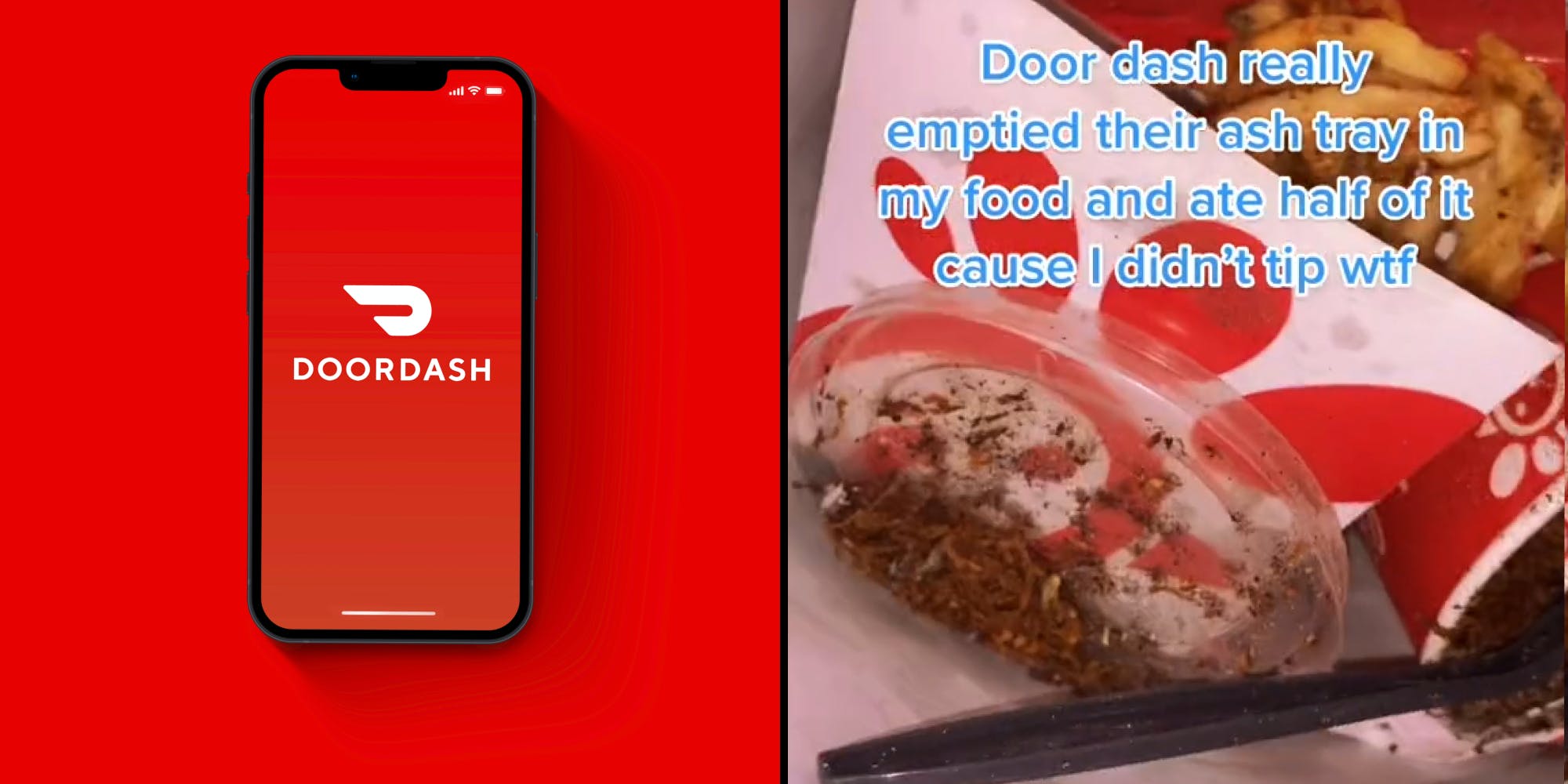 A DoorDash order covered in ash has sparked controversy on TikTok.

The original poster says his Chick-fil-a order was destroyed as payback for not leaving a tip. Users continue to pick sides as the video climbs to over 300,000 views.

In the video, posted by @goldolgy, a Chick-fil-A bag is seen covered in a gray substance. A container of fries is nearly drowned in what appears to be ashes.

@goldolgy wrote, “Door Dash really emptied their ash tray in my food and ate half of it cause I didn’t tip wtf.”

It is unclear if @goldolgy spoke directly to the DoorDash driver.

TikTok users were split on the alleged ash-dumping. Many users said @goldolgy deserved the consequences of his actions.

@shadynd said, “Was it illegal? Yes. Did you deserve it? Also yes.”

@austinsc0tt commented, “That’s what you get.”

But other users said the DoorDash driver had no right to act that way, and some even suggested pressing charges.

@akira_ishioka commented, “‘You should have tipped’ is not an excuse to act like this.”

@bazingablaster said, “Call door dash they poisoned your food with ashes and they will get permanently banned”

@joshyworle added, “Not tipping is no excuse to do this, press charges and get that bag”

One user, @fabiandagr8, seemed to find the humor in the situation. “Bro mad cus he got extra seasoning,” they wrote.

The Daily Dot reached out to @goldology and DoorDash for comment.