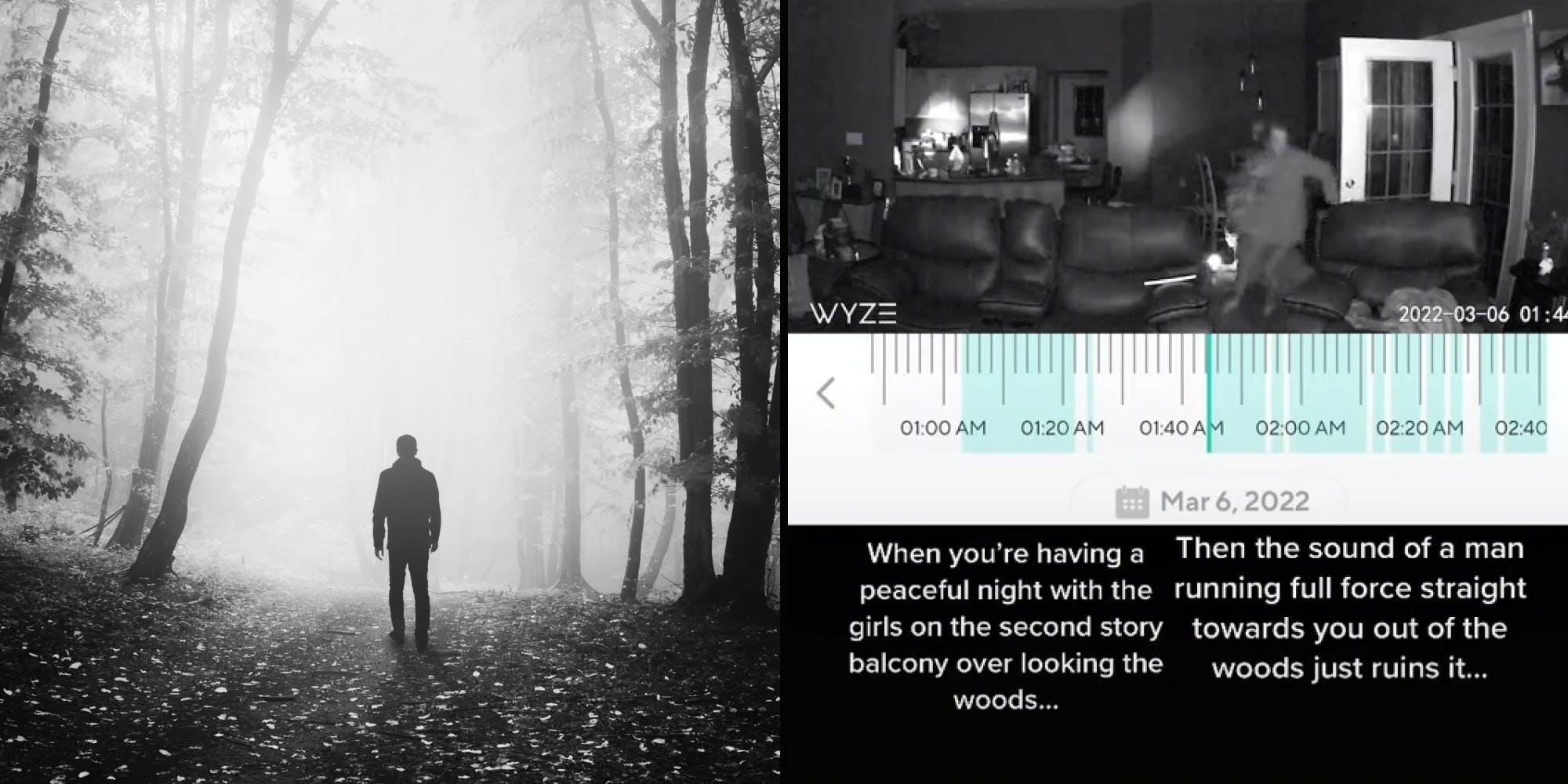 A “terrifying” TikTok appearing to show footage of women entering the user’s house to escape someone chasing them has gone viral on the app, amassing over 20 million views.

The clip, which was posted by Mandy Chandlee (@mandychandlee) on March 8, appears to show CCTV footage of the users’ living room that was filmed in the early hours of the morning. The footage shows three women suddenly running into the home and screaming.

Accompanying on-screen text gives more context, with Chandlee writing, “When you’re having a peaceful night with the girls on the second storey balcony overlooking the woods and then the sound of a man running full force straight towards you out of the woods just ruins it.”

“Most terrifying experience ever,” Chandlee added in the TikTok description. “The sound of a man running full force at you over leaves in the dark will forever haunt us.”

The TikToker then explains the story behind the footage with a second “storytime” TikTok which, in itself, amassed over 1 million views.

In the video, Chandlee clarifies that she is one of the women in the video and one of the others is a friend of hers who she went up to Indiana to visit. She explains how they were sitting on the balcony of a cabin overlooking the woods, but then her friend’s brother, who is a deputy, went inside to get a flashlight because he said he heard something.

In the comments section of the second TikTok, Chandlee provides more information about where this person may have come from. “Forgot to mention, her brother had seen someone standing in his window a week prior to this, and the dogs were barking like crazy before we heard anything,” she wrote.