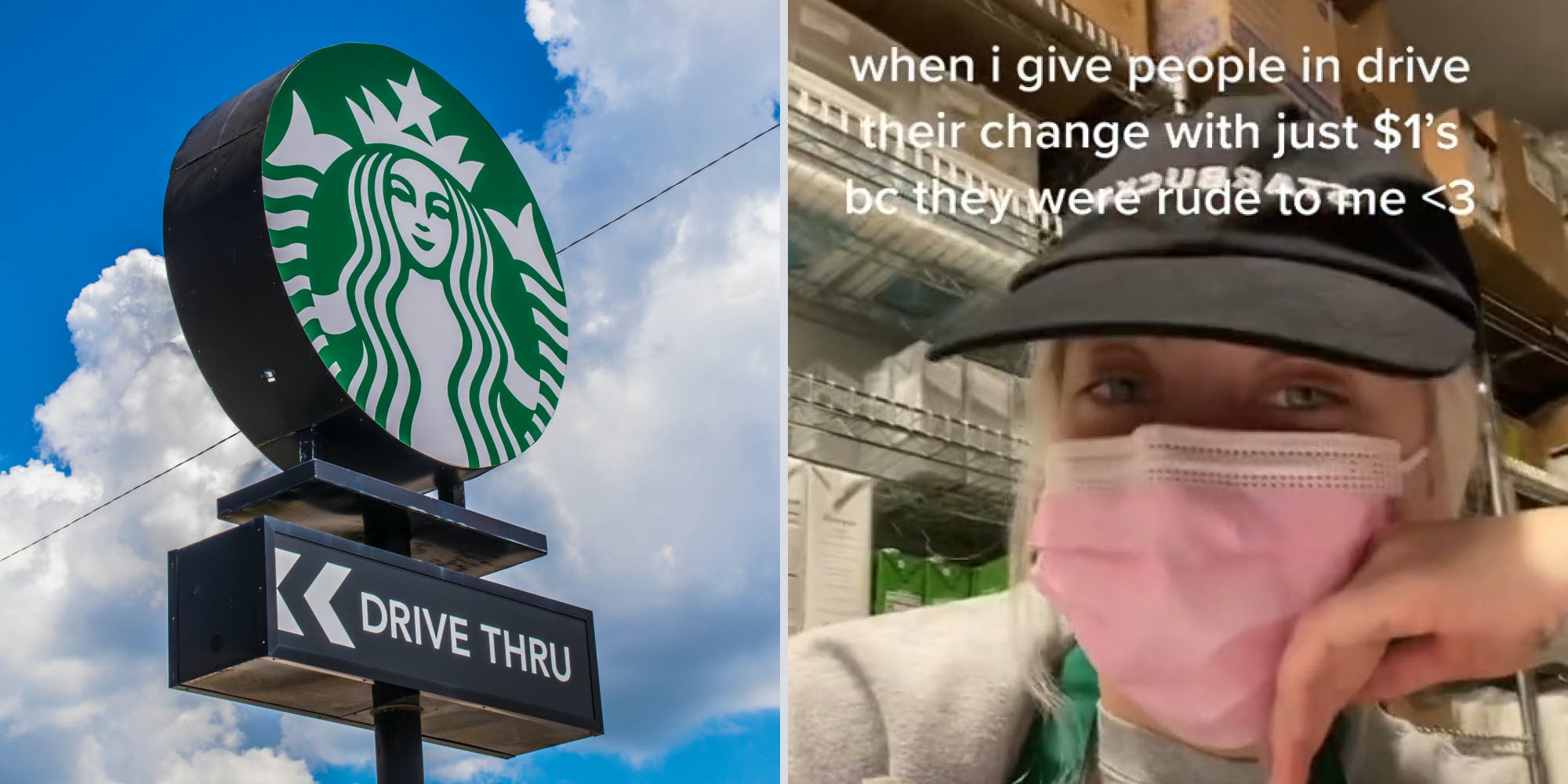 In a viral TikTok, a Starbucks worker revealed how she responds to “rude” customers in the coffee shop drive thru.

The TikToker, known as Vic (@mirrorballuver), said she gives those customers their change made up of only $1 bills. Her video received nearly 20,000 views as of Sunday.

“be nice & i will give u bigger bills !” Vic wrote in the video’s caption.

Apparently, she’s not the only customer service employee who uses the tactic. Several TikTok viewers said in her video’s comments that they also handle rude customers that way.

“somebody paid with a $100 bill the other day and i gave them their change in all ones cuz i already told them i couldn’t accept big bills,” one viewer commented.

One TikToker wrote that the trick makes her customers mad: “And they get even more mad cuz they think ur expecting a tip now ‘y did u give me all 1s?? U think ur gonna get a tip?'”

Another viewer said her dad likes receiving $1 bills so he can use them as tip money, though.

“my dad likes ones so he can tip,” they wrote.

Some viewers had never considered Vic’s idea—but might be now.

“I have never thought of doing this but maybe,” one user wrote. Vic wrote in reply, “it makes them even more mad and then im like sorry ! its all i have.”