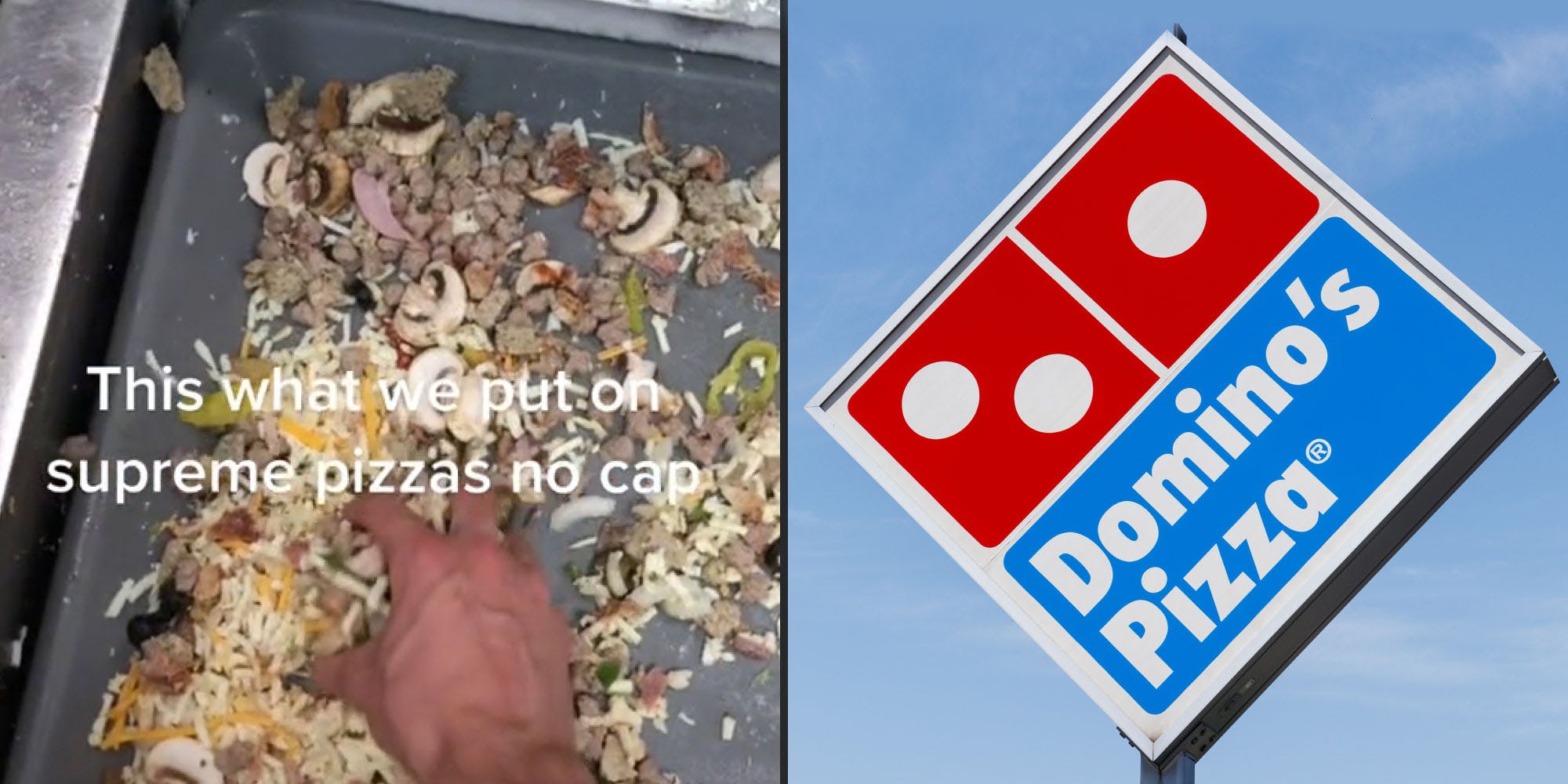 A viral TikTok shows a Domino’s employee allegedly using scraps instead of new ingredients to create a supreme pizza. Peter (@peter.4pf) posted the video where he salvages alleged leftover toppings from previous pizzas into a new bin.

“This is what we put on supreme pizzas no cap,” the overlay text reads. Domino’s has three types of ‘supreme’ style pizzas: ExtravaganZZa, MeatZZa, and Deluxe, which include different types of meat, mushrooms, and various other ingredients.

In the video, Peter grabs mushrooms, cheese, and various meats from the scraps tray with his bare hand and places them into a container. “Waste prevention,” he added in the caption.

The video went viral, with over 425,000 views since being posted on May 4. Many viewers in the comments section were disgusted at the thought of eating scraps, while others saw no issue.

“This is why I don’t eat out anymore,” a top comment read.

“I see nothing wrong if it’s gonna get cooked and it’s still in contained space with hopefully cool temperature it’s smart,” one user wrote.

One viewer warned Peter that he would be fired for posting the video, to which Peter replied “only if my manager sees this.” But if Peter’s previous TikToks are anything to go by, he’s not concerned about his job safety.

The TikToker has a video series called “Sabotaging dominos till I get fired” where he shares videos of him doing things to “sabotage” the pizza chain.

In one of them, he turns off the oven during rush hour, and in another, he uses the company phone for personal use. It is unclear whether using scraps for supreme pizza is part of his alleged sabotage plan or company policy.

The Daily Dot has reached out to the creator via Instagram message and Domino’s via press email for this story.