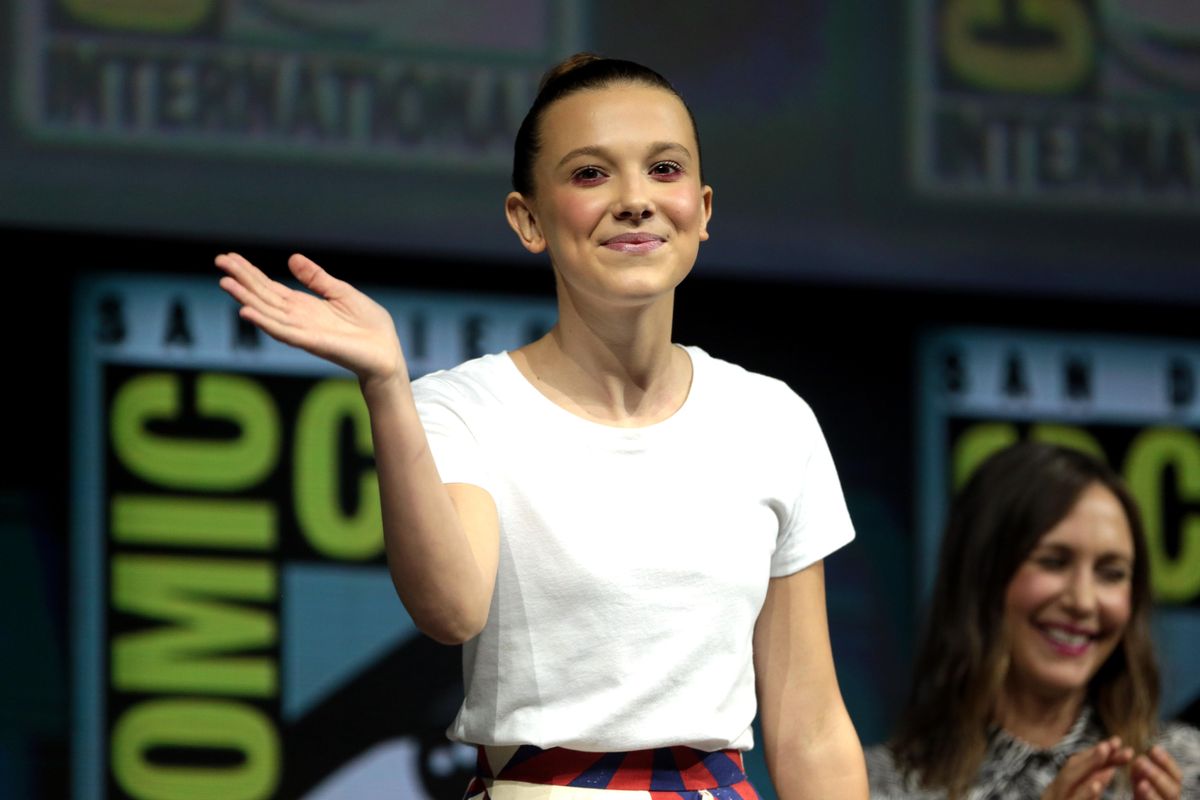 You could blame the perils of fame as the reason Millie Bobby Brown recently announced that she had deleted all social media from her phone. And it would make sense—people are notoriously callous and vitriolic with comments to those who reach celebrity status.

But really, the “Stranger Things” star’s decision sheds light on something more universal, especially for teens.

During an interview with Allure, Brown shared that someone else now handles her Facebook and Instagram, and her Twitter and TikTok have been deleted. Her phone now looks nothing like what most teenager’s devices look like. This virtual purge came as a result of being inundated with online hate and sexual advances from older men.

At just 18, #MillieBobbyBrown has already learned the power— and the perils — of fame. With massive credits under her belt including #StrangerThings and #EnolaHolmes, what’s next for the Netflix darling? https://t.co/rErSnib9fa
— Allure (@Allure_magazine) August 10, 2022

Yes, the fact that she rocketed to stardom at the age of 10 has exacerbated the amount of attention she receives both off and online, but these are rather common occurrences for teenagers—59% have experienced cyber bullying, according to the Pew Research Center. The National Library of Medicine also states that over half of all “internet-initiated assault victims” are between 13 and 15 years old.

Brown opened up even more about the tolls that online abuse took on her mental health, and it offers some brilliant insight into the very specific challenges that younger generations face in this digital age.

That’s exhausting to read, let alone experience. It’s no wonder why Brown admitted to “shutting down” to cope with the pressure. Receiving ridicule and judgment is never easy, let alone during the difficult phase of figuring out your identity.

Hunter “Echo” Ecimovi sparks outrage after admitting he dated Millie Bobby Brown when she was 16 years old & he was 20.

In an Instagram Live, the TikTok creator shared extremely explicit & vulgar details about his intimate relationship with the minor.

Some of the inappropriate online behavior was also spurned by a troubling relationship Brown shared with TikTok star Hunter Ecimovic, who not only went live on social media in 2021 to make crude remarks about the young actress, but also made claims of “grooming” her. Brown’s relationship was already, as the actress put it, an “unhealthy situation,” a situation made all the more toxic by online harassment.

But it’s not about total separation from all things virtual. Instead, Brown decides to focus on quality interactions. She still speaks directly to fans through the blog on Florence by Mills, the website for her Gen-Z oriented skincare. Though no comments are allowed.

Plus, she surrounds herself with a healthy support system IRL. During a panel promoting the third season of “Stranger Things” she recalled being able to lean on friend and model Karlie Kloss. Brown told the Associated Press, “she gave me some amazing advice…rise above the hate. Keep being, you know, beautiful within yourself, and then that will show beauty inward out.”

Really, online hygiene is a vital skill for almost anyone today, regardless of age or status. But man, is it important for those in their formative years. Deleting social media from the phone might not be the best solution for all teenagers, but having the conversation about what can be done to protect mental health is worth having.