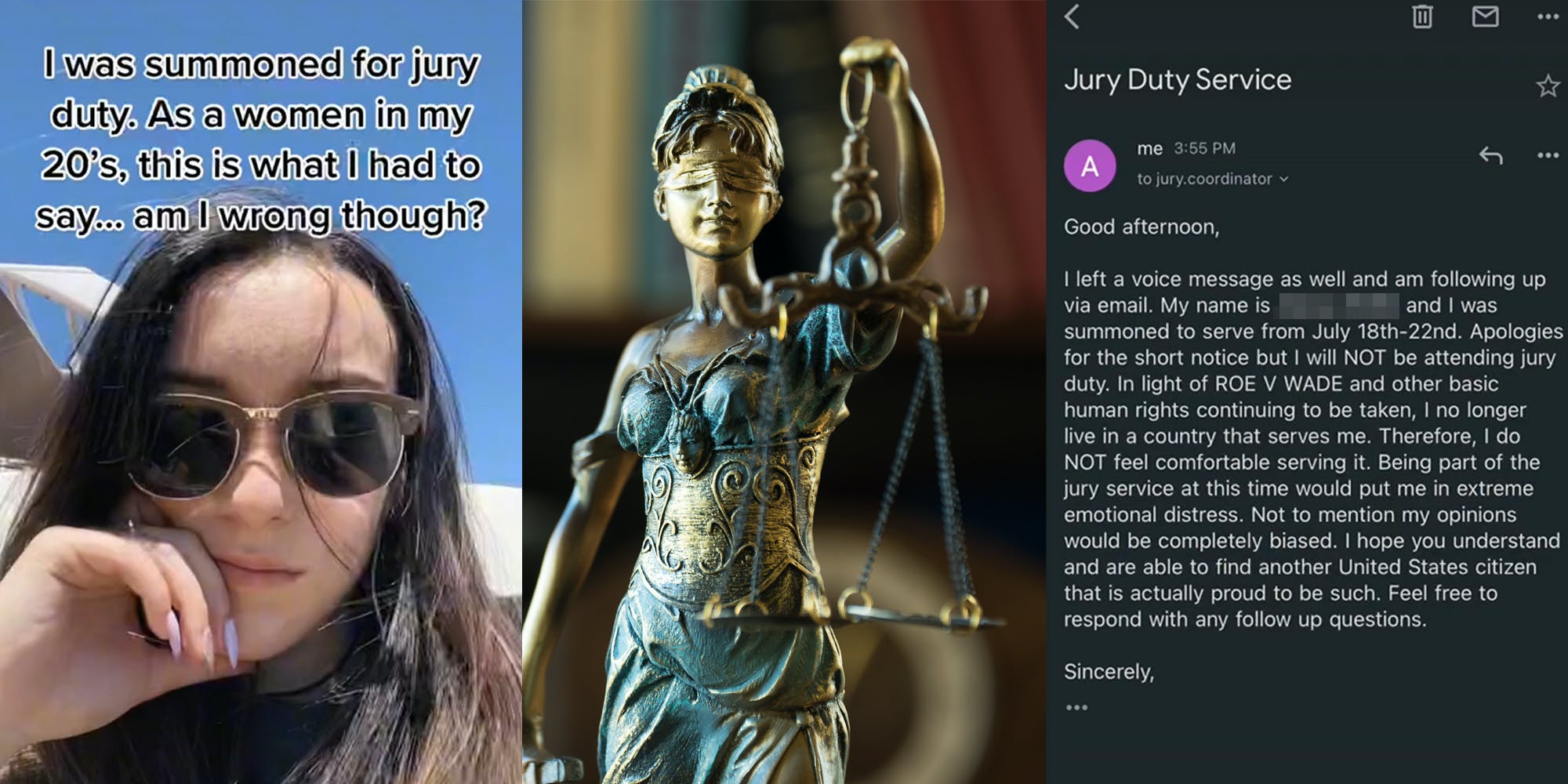 A TikToker says she refused to serve Jury Duty after she received a summons due to “extreme emotional distress” from Roe v. Wade being overturned, sparking debate in the comments.

In the video posted by TikToker @eatwithlys on Saturday, the text overlay reads, “I was summoned for jury duty. As a woman in my 20’s, this is what I had to say… am I wrong though?”

She then shows a screenshot of the email she sent to the jury coordinator, explaining why she would not be attending jury duty.

“In light of ROE V WADE and other basic human rights continuing to be taken, I no longer live in a country that serves me. Therefore, I do NOT feel comfortable serving it,” the email reads. Sbe continues, “Being part of the jury service at this time would put me in extreme emotional distress. Not to mention my opinions would be completely biased. I hope you understand and are able to find another United States citizen that is actually proud to be such.”

The video is captioned, “This is the saddest email I’ve ever had to write,” and the text overlay on the screenshot reads, “Stay tuned to see if I’m held in contempt.”

The video has reached over 2.1 million views as of Tuesday, with many commenters believing that while well-intentioned, her refusal to participate in jury duty takes away her power to make a difference.

“I completely understand, I am protesting in my own ways, but I needed someone like you in the jury when I had my SA trial. Your voice matters here,” one user said.

“Good in theory but imagine if this was a case in which a woman was being tried for an abortion. We need liberal POV!” another wrote.

“As someone who works in criminal defense…. Jury duty is extremely important and does not serve the greater US, it serves people who need to be heard,” a third added.

Other commenters agree with her decision to refuse jury duty, even saying that they will do the same if they receive a summons.

“I got one too! On the exact day RVW was overturned. I’m using this as a template bc I wanted to write back similarly,” one commenter wrote.

The Daily Dot reached out to @eatwithlys via TikTok comment.