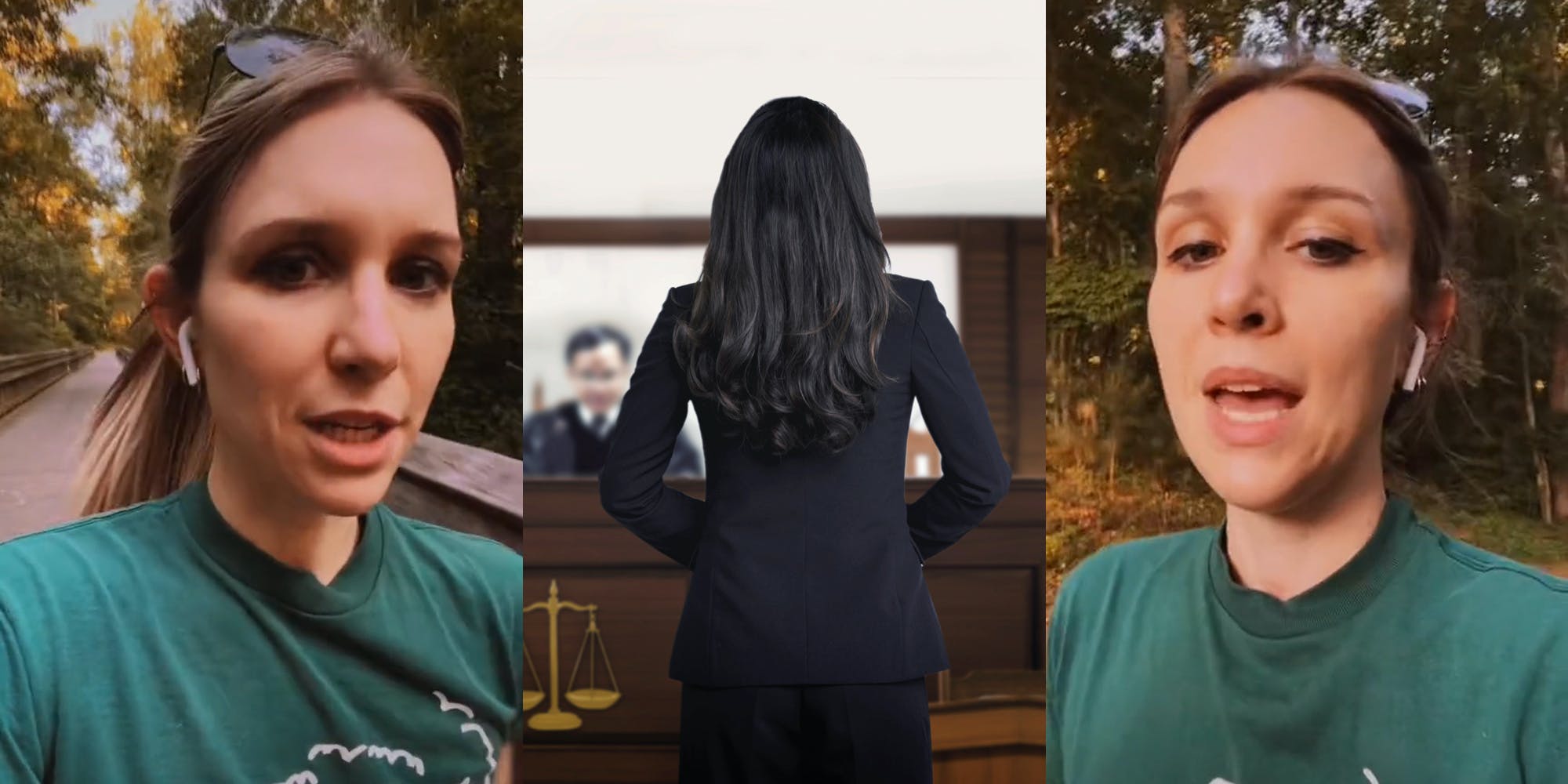 An attorney shares her experience with misogyny in a courthouse after several other law professionals assumed she wasn’t a lawyer in a now-viral TikTok.

In the video posted by Katie (@thelawyerkatie) on Friday, she says that two deputies and the district attorney assumed she wasn’t an attorney during a hearing in an “out of county courthouse.”

“If you’re a woman and you’re thinking about becoming an attorney, there’s one thing you need to be prepared for,” Katie says in the clip. “And that is for when you walk into a court house, for everyone to assume that you are literally anybody except an attorney.”

She continues, saying that she was first stopped by a deputy for having her phone, as only “attornies or court personnel” could carry their devices with them.

“I was in a blazer and had a briefcase and I had my phone,” she explains. “The deputy says ‘sorry, you can’t have that phone in there.’ So I pulled out my bar card and he said, ‘Oh, just kidding. Yes you can.'”

Katie says that once she entered the courtroom, another deputy approached her when she sat at the attorney bench, “pointing towards the gallery” and told her that she “can’t come up here.”

“I sat down and pulled out my file and he kind of backed off,” she says.

She then says that during calendar call, a pre-trial meeting held by the judge with attorneys, the district attorney mistook her for her client.

The video has reached over 490,000 views as of Tuesday, inspiring women in law school to ask Katie for advice on navigating misogyny in the court system.

“Do you have tips for this?” one user asked. “I’m interning rn, my first summer after law school and all you said plus being HIT ON is so dehumanizing.”

“Don’t give me a B.S. answer… is being an attorney worth it?” another asked.

Others shared similar stories of misogyny as law professionals.

“I went to interview someone for a corporate counsel position in our department & he looked up from his phone to give me his coffee order,” one commenter wrote.

“I’ve literally had potential clients say they won’t meet with me and that they want a male attorney,” another said.

“Not an attorney, but as a social worker, a judge told me I wasn’t allowed in his court again unless I was wearing a skirt or dress,” a third added.

In a response video, Katie advises other prospective female attorneys to “just let them be embarrassed,” when they correct colleagues who mistake their position.

“If someone makes the assumption that I’m anything other than an attorney, I look them dead in the face and in the most monotone voice I can I just say, ‘I am an attorney,'” Katie says. “And then I let them marinate in their embarrassment.”

The Daily Dot reached out to Katie via email.