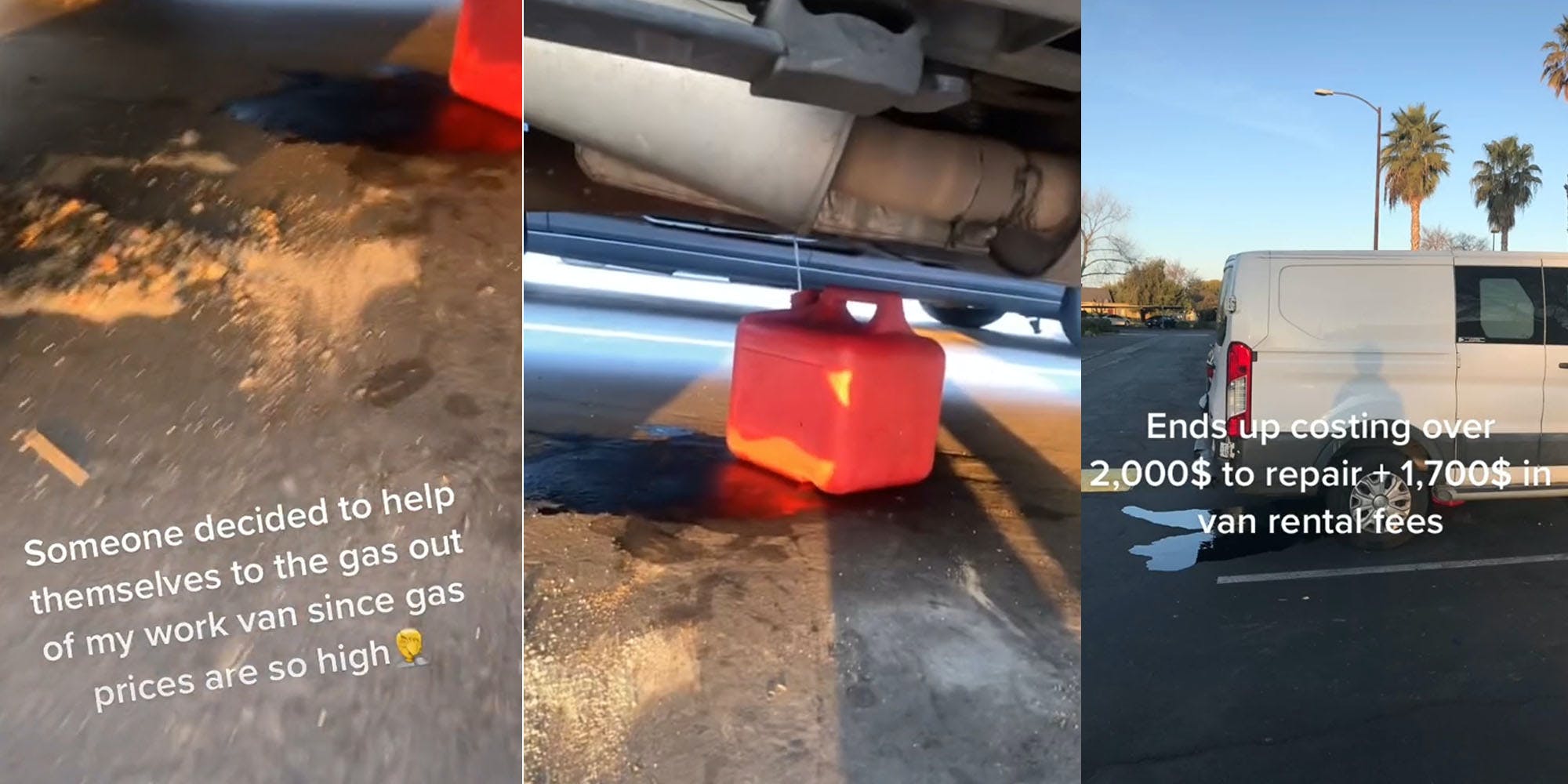 A rise in U.S. gas prices has thieves getting creative. There were reports of them stealing gas at the pump and from gas stations through trap doors in vehicles. Now, according to some TikTokers, some are drilling holes in gas tanks.

TikToker Collin Akers (@collinakers) shared a video showing the undercarriage of his vehicle, where a gas can sits collecting fuel as it drains through a hole drilled into his gas tank. The video has garnered 2.7 million views.

“Someone decided to help themselves to the gas out of my work van since gas prices are so high,” text overlay on the video reads. “By drilling a hole into my gas tank. Ends up costing over $2,000 to repair and $1,700 in van rental fees.”

The average price of gas has risen more than 10% in the last week, according to the New York Times.

Though the video may serve as a warning to those who weren’t previously aware of how far gas thieves are going amid high prices, some commenters lamented yet another thing to watch out for.

“GREAT now I gotta keep an eye on my GAS too!” one commenter wrote. “Seriously.”

“It’s kind of insane that just anyone can destroy your car hella easily,” another commenter wrote.

“And I thought getting a locking fuel cap on my car would help,” a commenter wrote.

Other commenters shared their own experiences of people stealing gas, or worrying about damage to their vehicles because others view them as an opportunity.

“They did this to my husbands truck it’s Diesel it’s $6.50 a gallon,” a commenter wrote.

“The neighbor down the street caught a guy doing this and stomped his elbow in,” another commenter wrote. “The crunch was satisfying.”

“I work at a repair shop and we’ve seen this more than usual,” a commenter wrote. “It’s sad.”

The Daily Dot has reached out to @Collinakers via a comment left on the video.