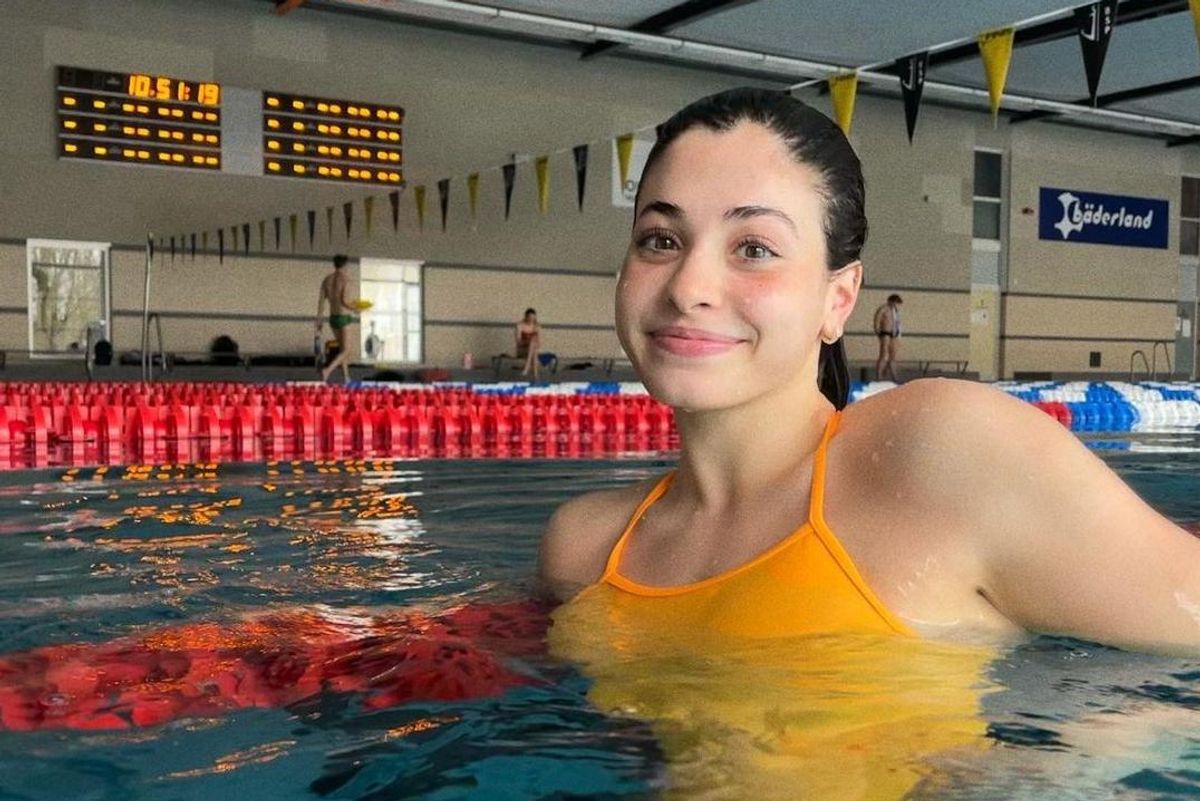 For Yusra Mardini, swimming means life. In more ways than one.

What started out as a passion became a saving grace, then a claim to fame, and finally…a higher purpose. As her story became a symbol for hope for refugees, it is clear that Mardini’s real superpower isn’t swimming, it’s resilience.

In 2015, when Mardini was only a teenager, her very survival depended on her ability to swim.

Mardini and her sister spent their childhood being trained in the pool by their father Ezzat, a former competitor for Syria’s national swimming team. Daily shootouts caused by the Syrian Civil War forced training to come to a stop. And after their father had been arrested and beaten by soldiers, it was clear the sisters would have to flee their home.

It was by no means an easy journey.

The sisters took a plane to Lebanon, then Turkey, where they planned to smuggle into Germany by boat.

The boat was only a small dinghy, meant to carry seven passengers–that day there were 20 people trying to escape. But with only 45 minutes to endure, the risk was worth taking.

At only twenty minutes in, the motor failed. The group became stranded in the Aegean Sea, their boat filling up with water. Action had to be taken, and taken fast. Mardini shares in an interview that her sister was the first to jump in the water.

“My sister jumped in the water from one side, and I jumped from the other side which she wasn’t very happy about. She started screaming at me to go up to the boat even though we were both swimmers.”

Two men dived in to help, and the group of four pushed the boat through the rough waves all the way to shore. It would take them three hours to make it to safety.

It was in that moment that Mardini got her first glimpse at how her actions would represent the hearts of refugees everywhere. “The whole way, you can just hear all of our prayers in one voice,” she reflected.

The Mardini sisters made it the rest of the way (through seven more countries) to Germany on foot, but it wouldn’t be long before Yusra was back in the water. This time, it would be for the Olympics.

Mardini continued her training in Germany, and in 2016 she was selected to compete in the Summer Olympic in Brazil as part of the first Refugee Olympic Team.

Though she didn’t earn a medal, her story captured hearts everywhere. As the crowd applauded her arrival, Mardini’s shame at being a refugee transformed into a sense of pride. It inspired her to become the youngest Goodwill Ambassador for the United Nations Refugee Agency (UNHCR) in history.

As a Goodwill Ambassador, the message Mardini continues to share is simple:” A refugee is a human like any other.”

At 23, Mardini returned to the Summer Olympics in Tokyo, bearing a flag for the Refugee Team during the Opening Ceremony.

Again, though she didn’t place, it was a different kind of win for this young woman who defied the odds to make it to the Olympics–twice–in the first place. Sometimes it’s more than distance, speed, and laps. The real accomplishment is keeping the dream alive, believing in something bigger than yourself…and inspiring others to do the same.

“I’ve told this story a million times,” Mardini told DW, “and if I have to, I’ll tell it a million more times. It’s about giving hope with my life story…maybe I can help give people courage.”

Her journey has only just begun.

Since that seemingly fated event in 2015, a lot continues to happen for Mardini. Netflix is producing a movie focused on both sisters, and Mardini released a memoir titled Butterfly, a nod to one of her swimming styles. And both Mardini and her sister have dedicated their lives to helping refugees.

If you look at Mardini’s Instagram now, where she has 375K followers, she is currently promoting a UNHCR charity to support Ukrainians fleeing war.

She writes in a post,” as a refugee myself I had to leave everything behind and do understand their pain.”

We do not always choose what comes to us in life. But our greatest potential might be just past our biggest obstacle. Determination to fight for that potential, along with compassion for others…makes heroes of us all.