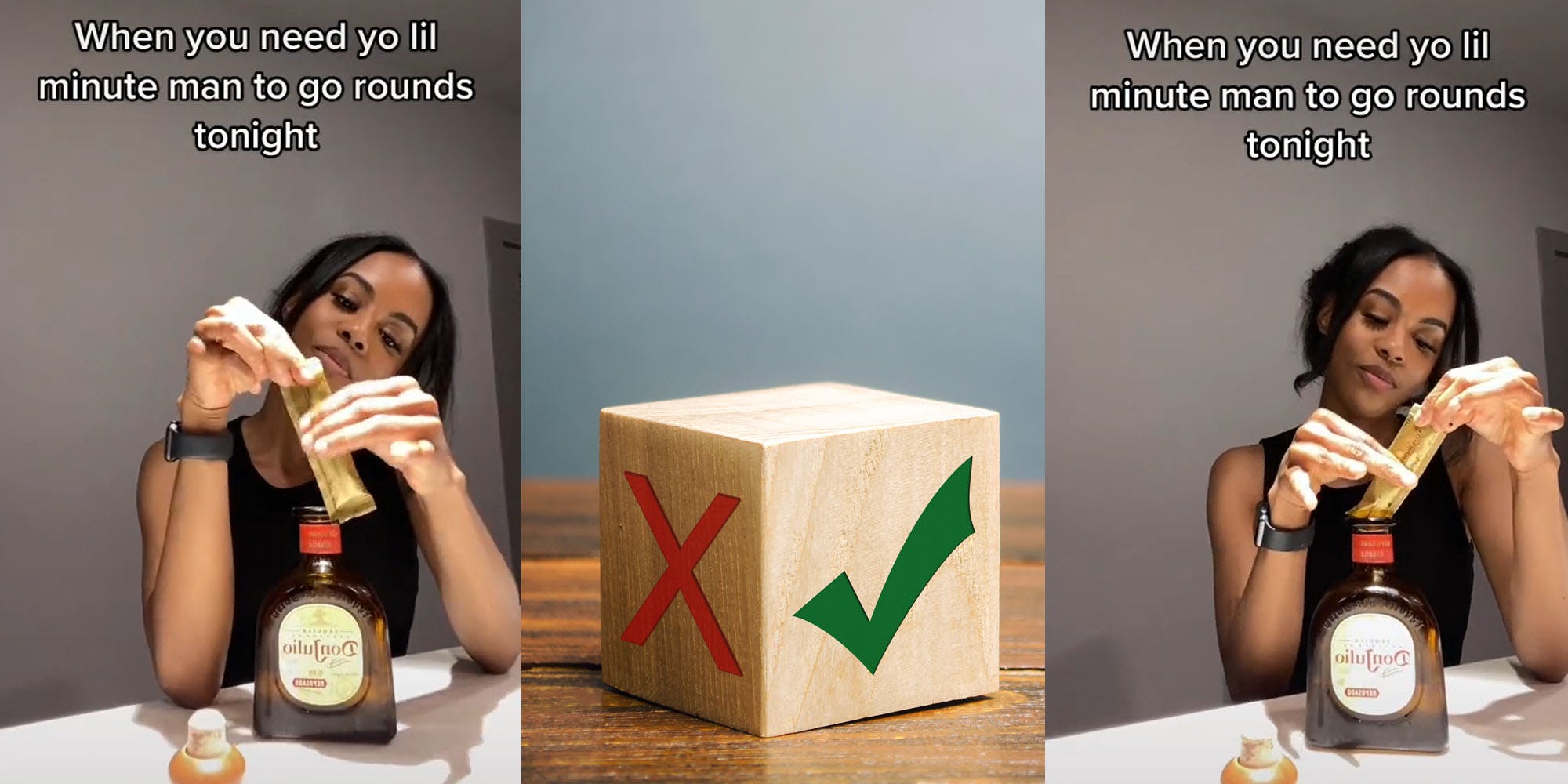 In a viral TikTok, a woman jokes about giving her partner a supplement to last longer in bed without his knowledge. TikTok artist DJ Chose (@djchose4) posted the video where the woman allegedly pours what seems to be a honey-based supplement into a bottle of tequila.

@djchose4 😅😅 gone have diabetes but gone be 10 rounds strong. #rounds #honey ♬ Where She At – DJ Chose & Kali & KenTheMan

“When you need yo lil minute man to go rounds tonight,” the overlay text reads. The woman then squeezes what seems to be a Vital Honey packet into the bottle of Don Julio. Vital Honey seems to be similar to Royal Honey, a Malaysian-based honey supplement trending on TikTokaiding in sexual enhancement. However, the Food and Drug Administration issued a public notice in April 2022  about the side effects of Vital Honey.

“Vital Honey contains hidden drug ingredients,” the FDA’s notice read. In the report, the FDA stated laboratory analysis “confirmed that Vital Honey contains tadalafil, the active ingredient in the FDA-approved prescription drug Cialis, used to treat erectile dysfunction. FDA approval of Cialis is restricted to use under the supervision of a licensed health care professional. This undeclared ingredient may interact with nitrates found in some prescription drugs, such as nitroglycerin, and may lower blood pressure to dangerous levels.”

While it isn’t confirmed which brand of honey supplement the woman used, viewers were taken aback at the woman’s brazen approach to get her partner to last longer.

“idm if she made a joke or not it’s still weird asf to put something in somebody else’s drink without them knowing,” one user commented.

“wow, how funny. joking about drugging someone for sexual purposes,” another wrote.

“so like the same thing as when a man puts things in a girls drink without her knowing so he can go rounds on her?” a third replied.  “that sound right to you?”

The Daily Dot has reached out to the creator via Instagram message for this story.