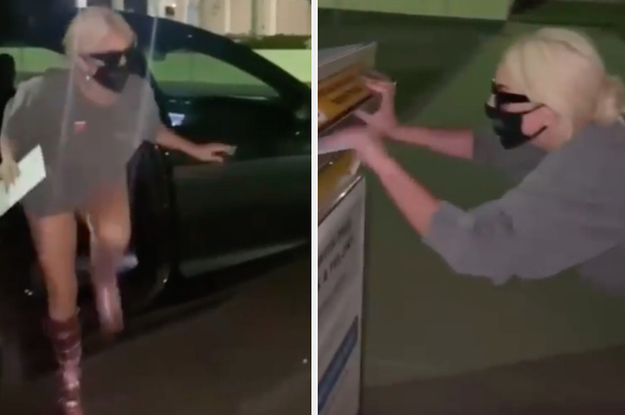 What’s it really like being an overnight meme? The New Yorker asks Ken Bone.

Two weeks before Borat Subsequent Moviefilm premiered on Amazon, the surprise sequel was already the target of lawsuit by the estate of Holocaust survivor Judith Dim Evans, who appears in the movie during what could safely be described as a controversial scene involving anti-Semitism. However, unlike other participants, Evans was treated as a sweet and caring voice of reason as she taught Borat to let go of his prejudices towards Jews and not fall victim to rampant social media theories denying the Holocaust. The sequel was even dedicated to Evans, who died shortly after filming.

In another unprecedented move, Sacha Baron Cohen also took the extra step of having a representative inform Dim that Baron Cohen is Jewish and explain to her the film’s intent of battling anti-Semitism and bigotry. This interaction was reportedly filmed, and Evans’ story of surviving the Holocaust was included as a special feature with Borat Subsequent Film. Unfortnately, Evans’ daughter felt her mother was “tricked” into participating in the film, and her attorney filed an injunction demanding Evans’ scene be removed. However, Amazon produced a release from signed by Evans, which prompted a judge to deny the injunction, which ended the case. Via Variety, here’s what Amazon’s attorney, Russell Smith, had to say:

“The lawsuit was dismissed, unconditionally,” Smith said in a statement. “The lawsuit is over. Sacha Baron Cohen was deeply grateful for the opportunity to work with Judith Dim Evans, whose compassion and courage as a Holocaust survivor has touched the hearts of millions of people who have seen the film. Judith’s life is a powerful rebuke to those who deny the Holocaust, and with this film and his activism, Sacha Baron Cohen will continue his advocacy to combat Holocaust denial around the world.”

Of course, the big question is whether this decision will prevent other future lawsuits as Borat Subsequent Moviefilm continues to dominate pop culture discourse at the expense of its other (less sympathetic) participants. Like a certain former mayor who got caught with his hand down his pants, for example.