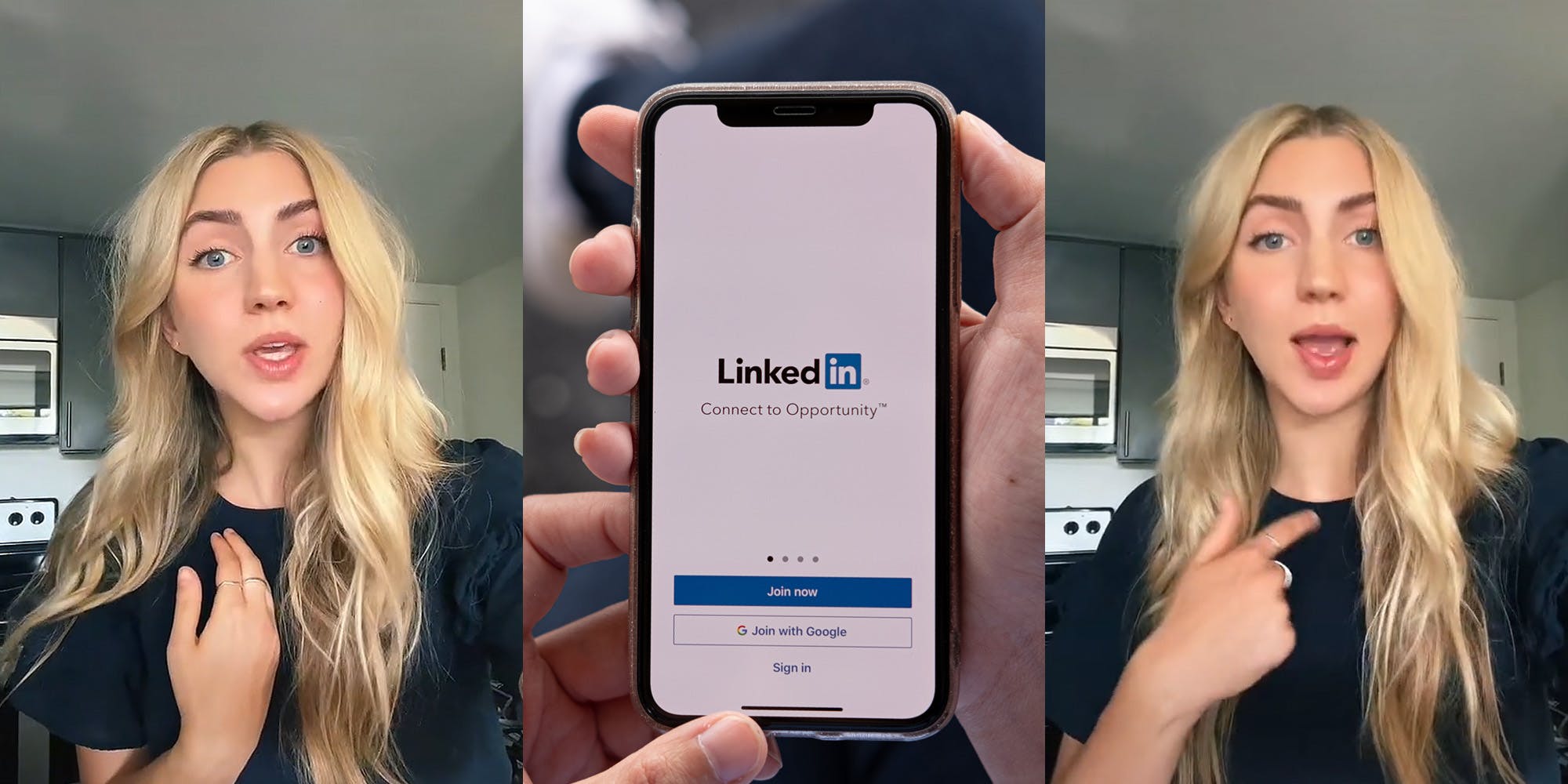 In a viral video posted Aug. 3, TikToker Jenna Hushka says she was caught red-handed snooping on her date on LinkedIn. As she pays for LinkedIn premium, she suspected that the man wouldn’t be able to tell she checked him out on the platform.

“This message is for LinkedIn, so if you’re not LinkedIn, keep scrolling,” she starts in the video.

Hushka, a creator with over 126,000 followers who makes corporate humor content, explains that because she was in private mode on her premium account, she assumed the coast was clear. The creator even showed that LinkedIn clearly states, “you will be in complete private mode.”

However, when users in private mode view someone’s profile, LinkedIn will still reveal the company the viewer works for. Hushka says the man whose profile she viewed sent him an image of who viewed his profile, and her company was listed.

“Do you know how low the bar is in dating right now?” she says. “The bar is in hell. Sue me for wanting to look at their LinkedIn profile to make sure they’re not an axe, crazy murderer. We can’t even have that, what are we supposed to do?”

According to LinkedIn’s site, “when you view a profile in private mode, you’ll appear in that person’s Who’s Viewed Your Profile section as LinkedIn Member—This person is viewing profiles in private mode. No other information about you will be shared with the member whose profile you viewed.”

LinkedIn Premium allows for this incognito tool, running from $29.99-$59.99 a month. Despite being a Premium member, Hushka says her company’s name was still shown to the man whose profile she viewed.

“GUYS I HAVE THE PREMIUM AND THIS STILL HAPPENED NO ONES SAFE,” Hushka added in the comments section.

Other commenters shared their own embarrassing LinkedIn stories, while others offered solutions to the problem.

“My takeaway here is that I’m not the only one who stalks my date on LinkedIn first,” one user said.

“Girl you gotta make a Flinkedin,” another user commented, referring to the trend of making fake, more private social media accounts like Finstas.

One user argued that because LinkedIn doesn’t technically list Hushka’s name, the feature can still be considered private. “It doesn’t say your name but it says the title and company, so technically it is private,” they wrote.

A further TikTok user pointed out the high rates users pay for LinkedIn Premium, which apparently doesn’t come with as much privacy as its incognito feature bolsters.

The Daily Dot reached out to Hushka via TikTok comment and Instagram direct message, and LinkedIn via email.