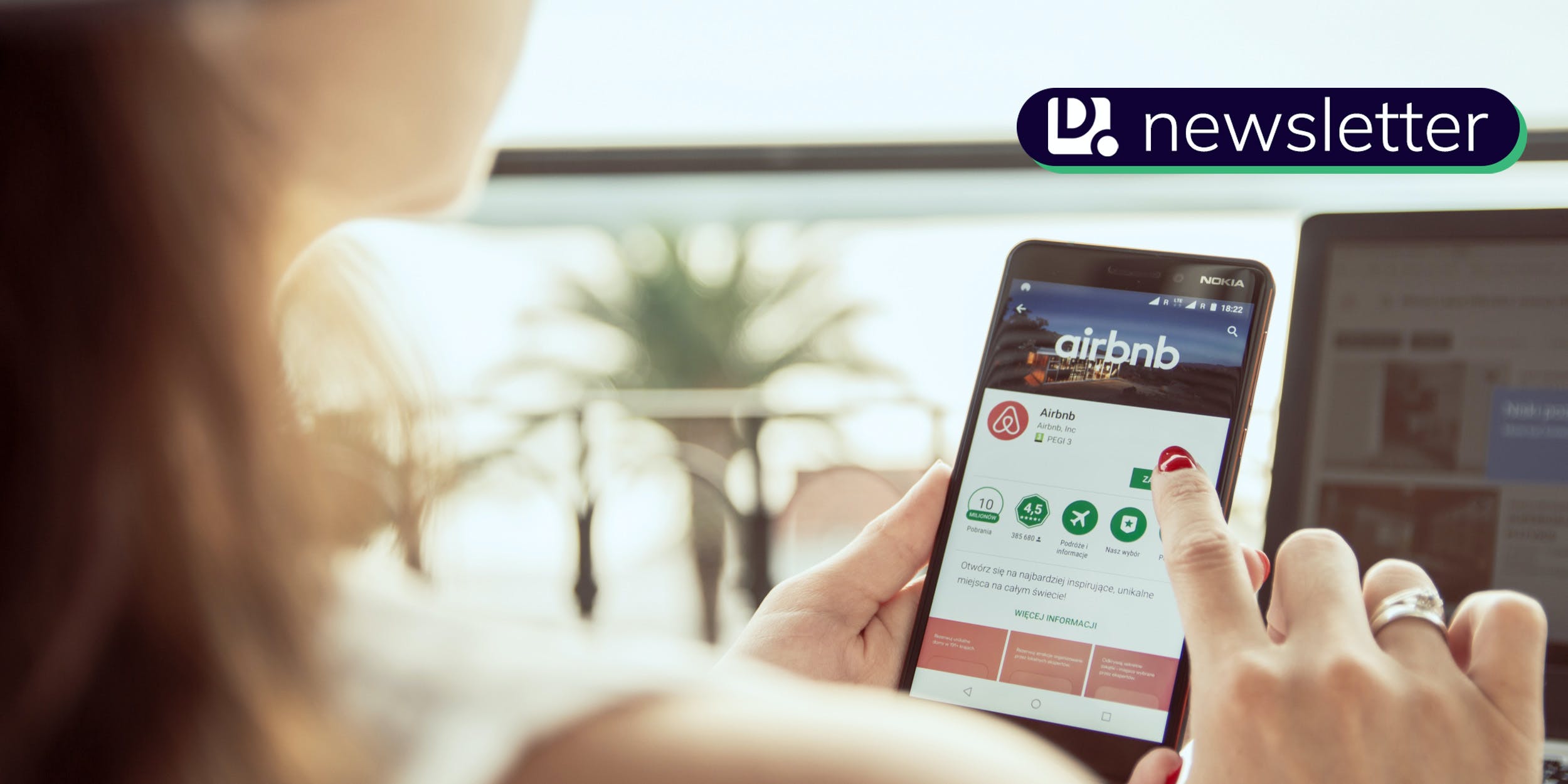 Sign up to receive Internet Insider, a daily newsletter from the Daily Dot, in your inbox.

Today’s top stories include reports about Airbnb and the housing affordability crisis, a dystopian phishing test run by a company, and outrage online over an Australian news outlet trying to out a celebrity. Plus, down below we highlight a viral video where a Taco Bell customer tries to get an employee to fight.

P.S. – Keep an eye out on your inbox—we’ve got a survey coming your way today about what you want from the Daily Dot. If you take it, you’ll be entered into a drawing to win $1,000. 👀

Let’s get into the news.

BIG TECH: America is facing a severe housing affordability crisis, and Airbnb isn’t helping. Our Contributing Reporter Viola Stefanello digs into Inside Airbnb, a data-driven project that measures the company’s impact on residential communities. You can check out her full report here.

WORK DYSTOPIA: A worker claimed in a viral tweet that she received an email from her company offering her a $30 gas card that turned out to be a phishing test. In the tweet, the employee said the gas gift card was offered to all employees to “alleviate high gas prices.” People online were furious at the company for being insensitive.

CRINGE: An Australian news outlet faced widespread scrutiny over the weekend when a columnist seemed to complain that his attempt to report on actress Rebel Wilson‘s relationship with a woman led to her revealing it before he could. People online were horrified that in 2022, a news outlet still thought outing a celebrity in a queer relationship was OK.

You can add breaking up big tech’s monopolies to your summer plans.

A bipartisan set of bills that aim to make a dent in the stranglehold large tech giants like Facebook, Amazon, Apple, Google, and others have on online marketplaces could be set up for a full vote in the Senate in the coming weeks.

The two bills, the American Innovation and Choice Online Act (AICO) and the Open App Markets Act have slowly made their way through Congress over the last year. AICO specifically would bar tech platforms from recommending their own services over competition. With AICO looking like it could get a vote soon, the bill has gained support from a number of smaller tech companies, advocacy groups, and public interest groups.

Meanwhile, even the possibility of a vote in Congress has scared the tech giants, who went on a spending spree and lobbying push to try and derail the bill’s momentum, according to Axios.

Essentially, this summer is setting up to be a big antitrust fight that includes not only Congress, but everyday people online.

Digital rights group Fight for the Future recently announced a new campaign to drum up support for the bills. The campaign urges people online to sign a petition that tells members of Congress to support “antitrust reform legislation that will create fair rules for the road and protect our basic rights.”

The recent campaign is a follow up to the #AntitrustDay in early April that was also aimed at gaining support for the bills.

All of the attention on the bills has spread. Federal Trade Commission (FTC) Chair Lina Khan was asked about “antitrust summer” in a recent interview with Recode. The bills would give the FTC more authority, something Khan said the agency is ready for.

“We stand ready to enforce and administer any laws that Congress passes,” Khan said in the interview, later adding: “And it’s heartening to see how much bipartisan agreement there is around how important these markets are and how a lack of fair competition in these markets can really undermine competitiveness and really harm Americans. So I’m extremely supportive of those efforts”

Oliver’s focus on the bills shouldn’t be overlooked. His segment on net neutrality in 2014 (and again in 2017) had a massive impact on public opinion on the issue, and drove millions of public comments to the Federal Communications Commission (FCC) urging the agency not to repeal the rules.

There’s been calls for big tech antitrust action for a while now. Pressure is building for Congress to act, and this summer could finally be when it happens.

Like what you are reading? Sign up to receive Internet Insider, a daily newsletter from the Daily Dot, in your inbox each morning.

Give dad the gift of MasterClass

Forget the generic Father’s Day gifts. What dad really wants is a MasterClass subscription. Give him unlimited access to hundreds of classes taught by the most inspiring artists, leaders, and icons worldwide—including Cornel West, Ron Finley, Wayne Gretzky, and more. Starting today, get up to 35% off a MasterClass subscription not only for dad but for yourself or the whole family!

Here are some key dispatches from across the ‘net.

🍦 Retail and restaurant workers are sharing their frustrations after a video went viral showing customers walking into a Cold Stone Creamery one minute before it closed and getting angry when they were refused service.

🚘 An Uber horror story from a woman went viral this week after she detailed how her driver texted her repeatedly after her ride and then showed up at her apartment.

🚽 Ooof. A woman on TikTok recently tried to remove her “rental friendly” shelf, only to have the removal rip off a significant portion of her bathroom’s drywall.

💼 A worker called out her bosses who take issue with her leaving when her shift ends. “God forbid I work my scheduled work hours and leave on time,” she said in a viral video.

🍕 A former Domino’s employee says he was accused of vandalizing a Domino’s Pizza store and was asked to write a false confession by his supervisor.

😊 Can a full head of hair and clear skin change everything? Get to know these OTC products for skin care and hair loss for men so you can discover a healthier, more handsome you.*

⚰️ In “Death on the Internet,” the Daily Dot explores how the digital self can live on in the internet’s memory—even after the actual self has abandoned it.

*The Daily Dot may receive a commission in connection with purchases of products or services featured here.

A TikTok clip that shows an altercation between a Taco Bell employee and a customer over a wrong order has gone viral on the video-sharing platform. In the video, a customer has a meltdown and urges the employee to fight him.