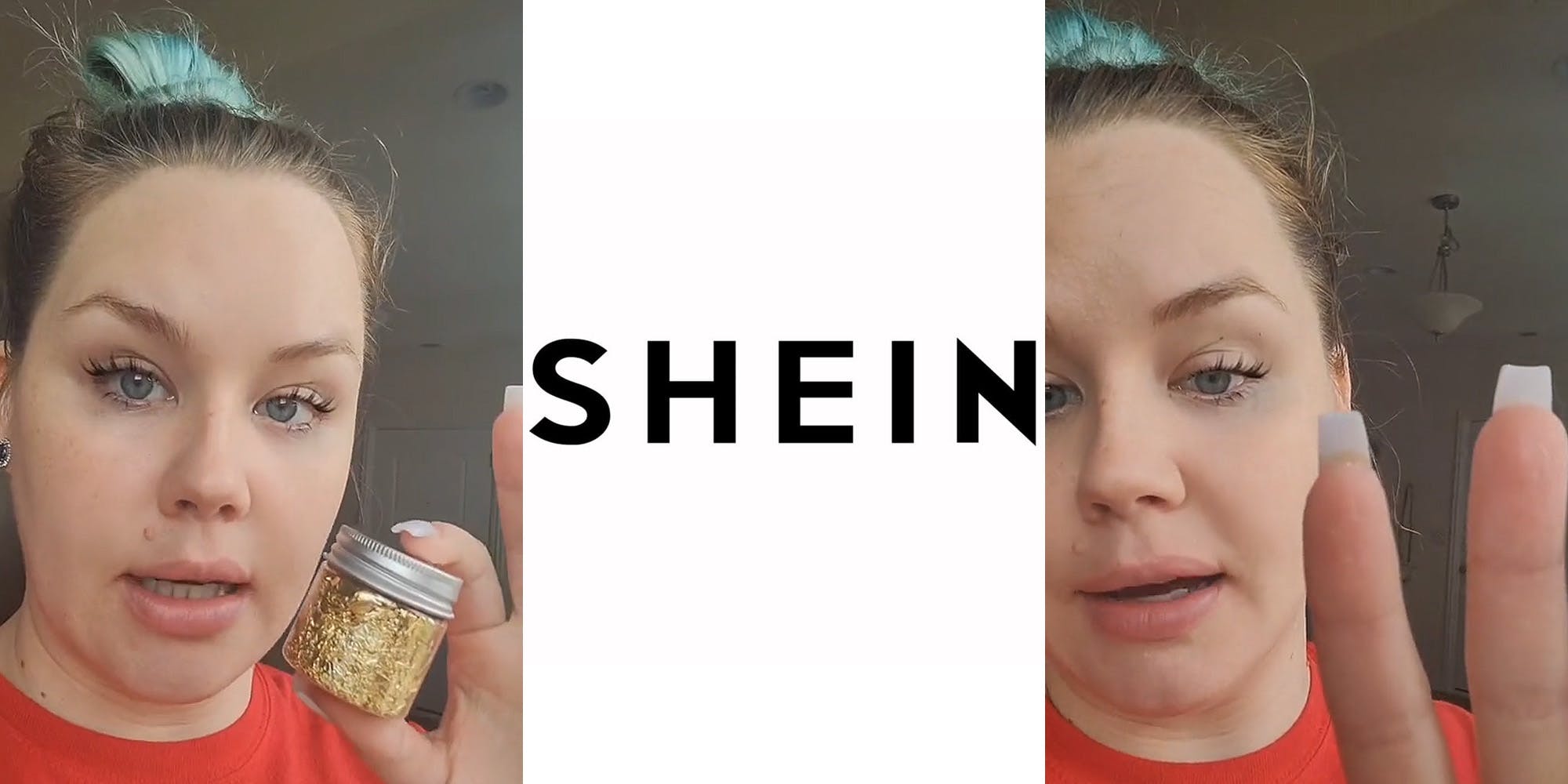 A woman on TikTok claims her purchase of a nail product from online retailer Shein has given her chemical poisoning, as well as causing her fingers to peel.

“These were in the nail section of the website as well as a rose gold one and a silver one, they came in a three pack,” Holcomb says in the video. “I still have it because I want to get it tested. They would not test it at the doctor’s office.”

Holcomb explains that when she used the nail product, it disappeared into her skin and she was unable to wash it off.

When she woke up the next morning, she said her arms were numb up to her elbow, and that she had to go to urgent care.

“Woke up in the morning and I couldn’t feel anything all the way up to my elbow,” she continues. “I have to go to urgent care. They said it was chemical poisoning, prescribed me some stuff including steroids and it got better.

However, the TikToker says that after three weeks, she’s still experiencing numbness in her hands, and her skin is starting to peel.

“My fingers started to peel,” she adds. “I don’t know if you can see that but now they’re peeling. They weren’t doing that two days ago. And this is three weeks later.”

She also says her videos about the matter have prompted others to reach out to her via Instagram, saying they’d experienced the same thing.

“I got a lot of DMs on my Instagram because people can’t DM you here on TikTok if you don’t follow them, saying they were also poisoned from the same exact product and they were poisoned from their clothing,” Holcomb says. “They had reactions and had to go to urgent care too.”

Some viewers suggested it could be mercury poisoning, and that they’ve seen previous posts from other content creators suggesting there may be high lead content in some Shein products.

“Girl I would look at the symptoms of Mercury poisoning,” one commenter wrote. “Loss of sensation especially in the hands is a symptom.”

“Mercury poisoning was the first thing I thought of when she said It disappeared into her skin,” another commenter wrote.

“I saw a video a while back where someone actually tested clothes from different company’s and Shein came back with high lead content in the fabric,” a commenter wrote.

The Daily Dot has reached out to Holcomb via Instagram direct message, as well as to Shein directly via email regarding the video.