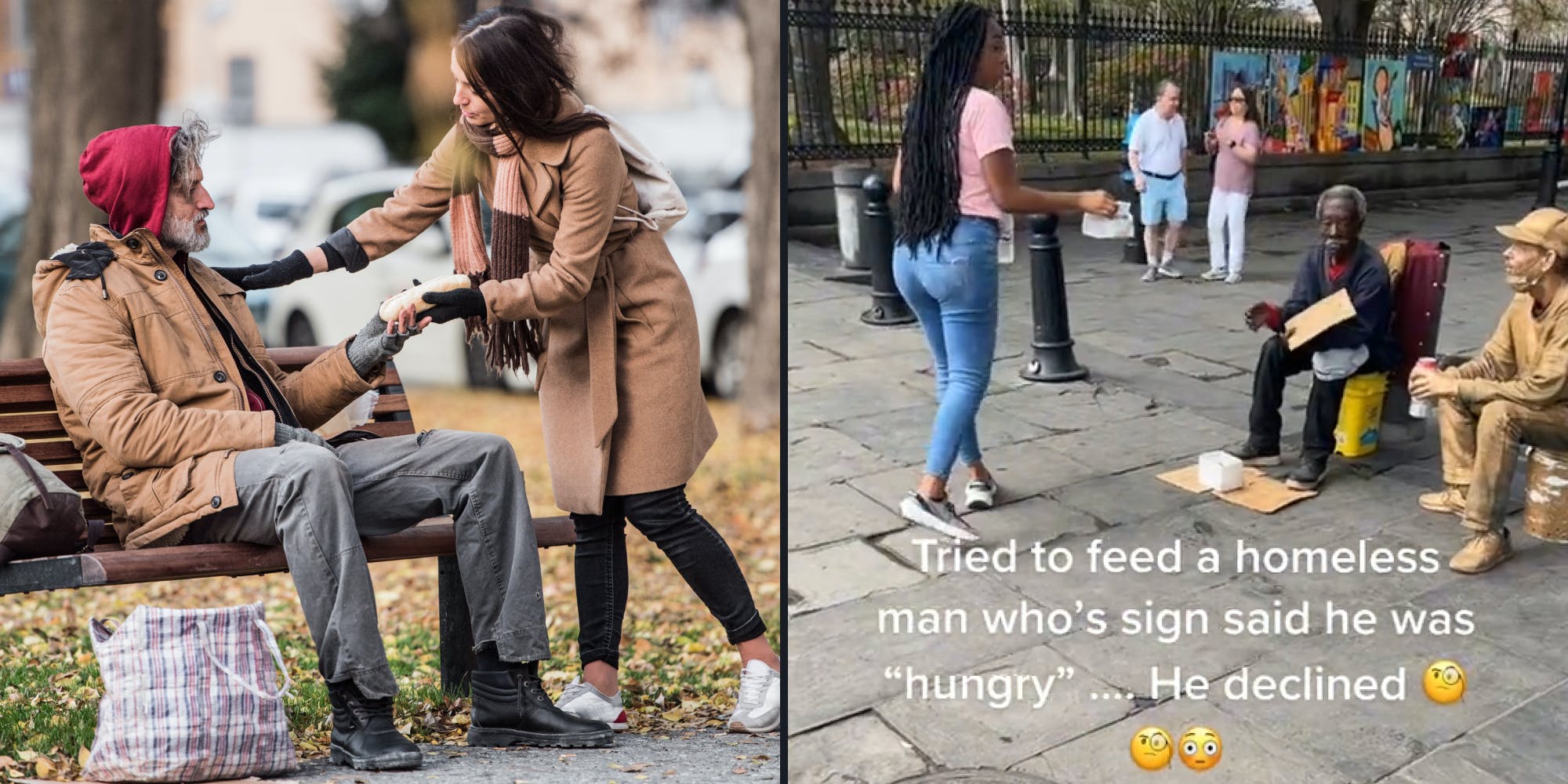 Viral TikTok footage shows a woman try to give food to man experiencing homelessness, but the man declined.

Ashley Smith (@ashleychabli) shared the footage with the on-screen caption, “Tried to feed a homeless man (whose) sign said he was ‘hungry’ …. he declined.”

In the video, Smith is seen walking up to the man and offering him a bag of food. He responded by shaking his head no, then he appears to look directly at the person recording the video.

As of Sunday, the TikTok received nearly 330,000 views and more than 800 comments. Viewers speculated that the man declined the offer because he knew he was being recorded.

“it’s cuz ur recording LMAO prolly tired of people trynna get views off of this,” one viewer commented on the video.

“maybe he saw the person recording him 10 feet away,” another viewer said.

One comment read, “Most likely cause you recording him for views.”

“Why record everything?” another viewer asked.

Some viewers accused the man of “lying” with his sign in hopes of receiving money, not food.

“So was he hungry or not? Them people be lying like hell just to get a few dollars,” one TikToker said.

Another TikToker wrote, “Yea I stopped tryin they only want money.”

Someone else said, “They don’t be hungry for food.”

Other viewers defended the man, saying that they wouldn’t take food from strangers either, and just because the man is experiencing homelessness doesn’t mean he’s required to accept whatever people try to give him.

“Taking food from people is risky. I wouldn’t accept food from a random stranger. Nice gesture but it doesn’t mean he’s unappreciative,” one viewer commented.

“How many of you would take food or a drink from strangers? There is no way to know if it has been poisoned/spiked They would prefer to buy it direct,” another viewer wrote.

“In a way, I don’t blame them. You can’t eat from anyone, I know our intentions are good but they don’t know that,” another comment read.