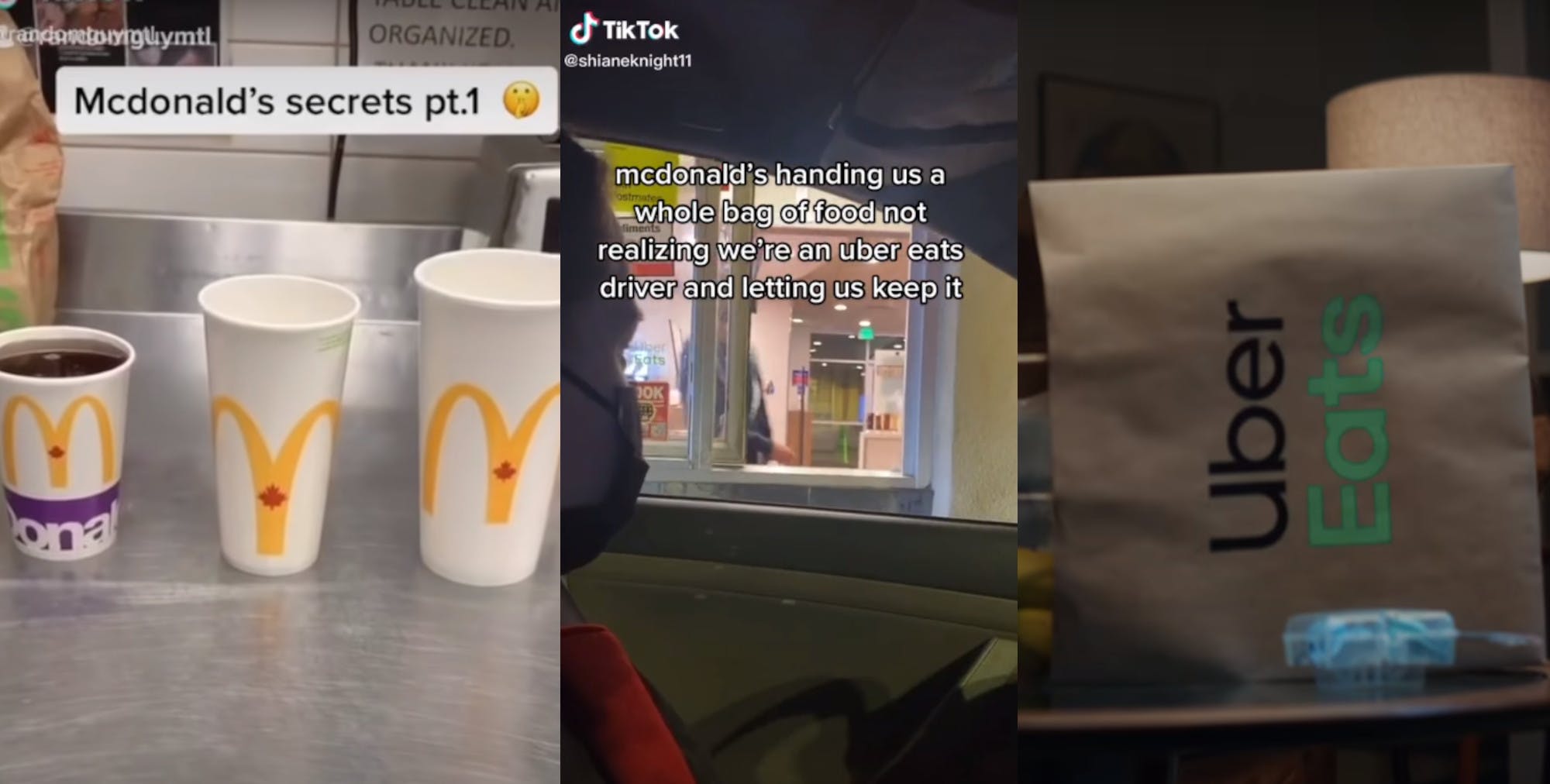 Some restaurant employees are not used to dealing with delivery drivers and the process of handing out food is not always seamless (pun intended). One Uber Eats driver shared their experience going through a McDonald’s drive-thru and holding up traffic.

It’s apparently an increasingly common logjam that is causing major delays for all consumers at the drive-thru. It’s also straining an already-strained fast food workforce.

In the video, the Uber Eats employee is seen recording themselves at a drive-thru window as the fast-food employees scramble to figure out their order. “McDonald’s handing us a whole bag of food, not realizing we’re an Uber Eats driver and letting us keep it.” The drive-thru employees handed the Uber Eats driver someone else’s order, which they said in a comment under the video, they handed off to a person suffering from homelessness.

The caption of the video said the confusion lasted for 10 minutes and the worker told them that they “so confused.”

The video has been seen over 347,000 times and there were commenters who felt they were just trying to steal from McDonald’s—enough so, that the creators clarified the situation in the comments section.

“Aren’t you supposed to like park n pick it up not go through the drive thru?” one person asked the creator. Another wrote, “I work at McDonald’s and I would recommend that right when u get to the window where the hand out orders you let them know that ur a delivery person.”

The creator clarified saying, “Idk why everyone thinks we were trying to like finesse Mcdonald’s, it was a miscommunication on both parts. we gave the food to some homeless people, so little to no harm done. Stop coming for me.”

The Daily Dot reached out to the creator via TikTok comment and McDonald’s via their press email.