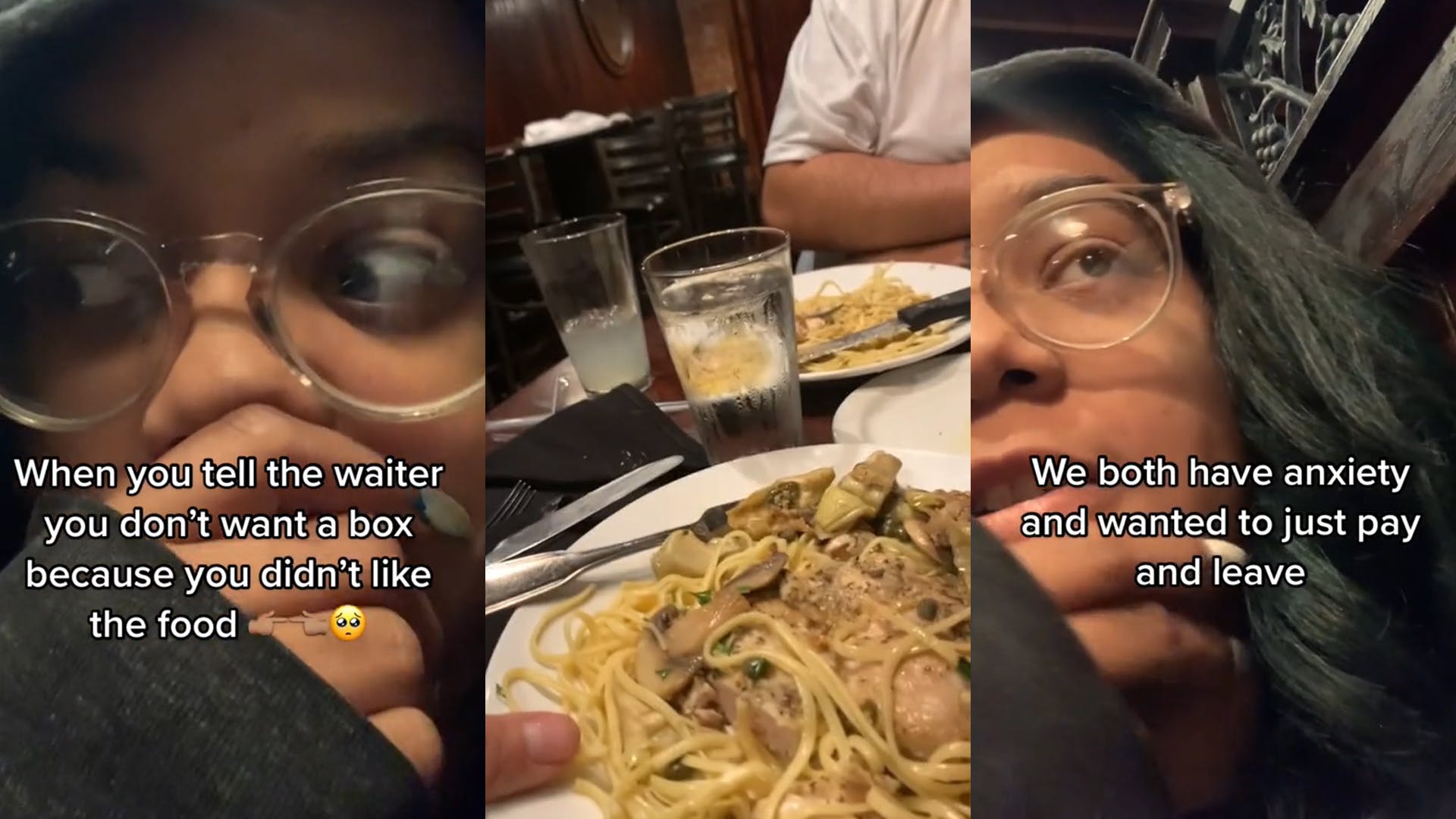 In a viral video posted Sept. 15, TikToker Marrinn (@beesintheskullcap) was met with the chef of a restaurant after not being satisfied with the entrée she ordered.

“When you tell the waiter you don’t want a box because you didn’t like the food,” the overlay text said.

After refusing the box, Marrinn claims the waiter told the chef, who made his way over to the TikToker and her friend’s table.

“We both have anxiety and wanted to just pay and leave,” she notes in another text overlay.

In the video, the chef then leans on the booth and asks the pair if something was wrong. Marrinn begins laughing because she “was so fucking nervous.”

“Yeah I just…I wasn’t a fan of the flavor,” she says to the chef. “I don’t want to offend anybody. I’m sorry.”

The chef asked if he could get her anything else, to which the creator said she just wanted to get the bill. Her friend, Gavin, also said he had tried her dish as well and didn’t like it due to the strong flavor.

In the comments section, several viewers joked that they would simply take the food home to avoid causing. a scene.

“See my anxiety woulda took the box and packed the food and just threw it out at home,” one user said.

“Literally my biggest fear,” another wrote.

However, others suggested that the chef intended to help the customers find something they like better.

“Some chefs be like that! I’m glad u said it straight tho! Hopefully the chef is coming from a good place of concern and trying to make it better…,” one viewer commented.

“When a chef says do you want something else, always say yes, he wants to prove to you that the food is actually good,” a second claimed.

The Daily Dot reached out to Marrinn via TikTok comment.