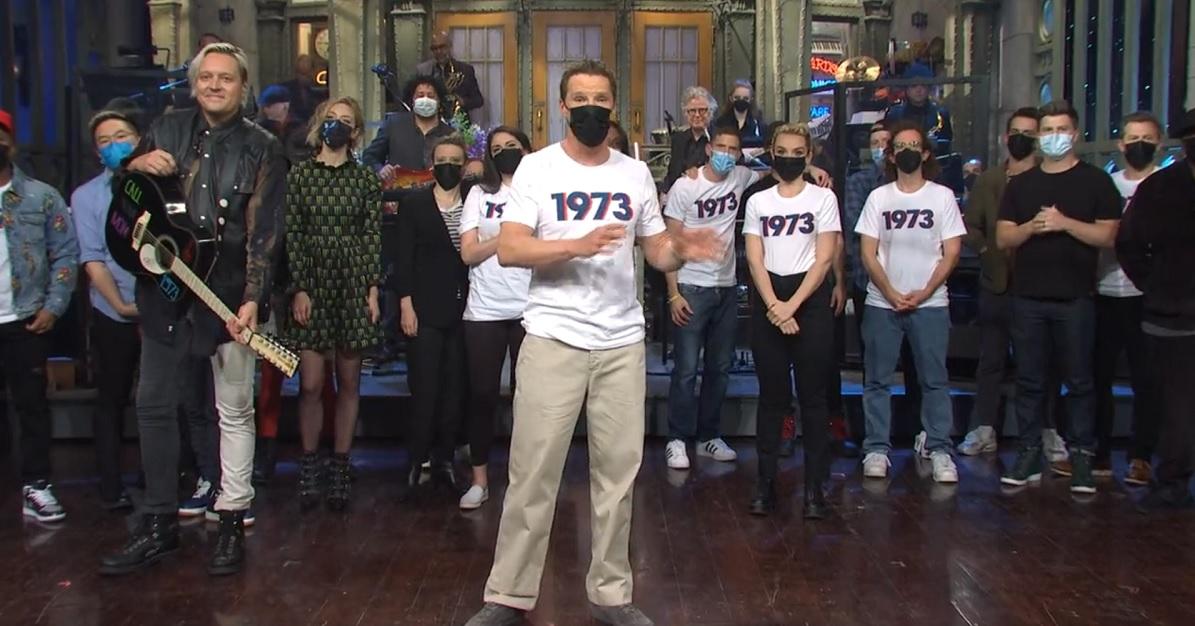 According to a leaked opinion obtained by Politico, the Supreme Court is currently preparing to overturn Roe v. Wade. This would effectively outlaw access to safe abortions in many states. Protesters have since voiced their outrage against the Supreme Court, including the cast of Saturday Night Live.

Much of the cast, including Benedict himself, wore shirts that said “1973” on them. These shirts clearly laid out SNL‘s stance on Roe v. Wade as they stood to defend abortion rights.