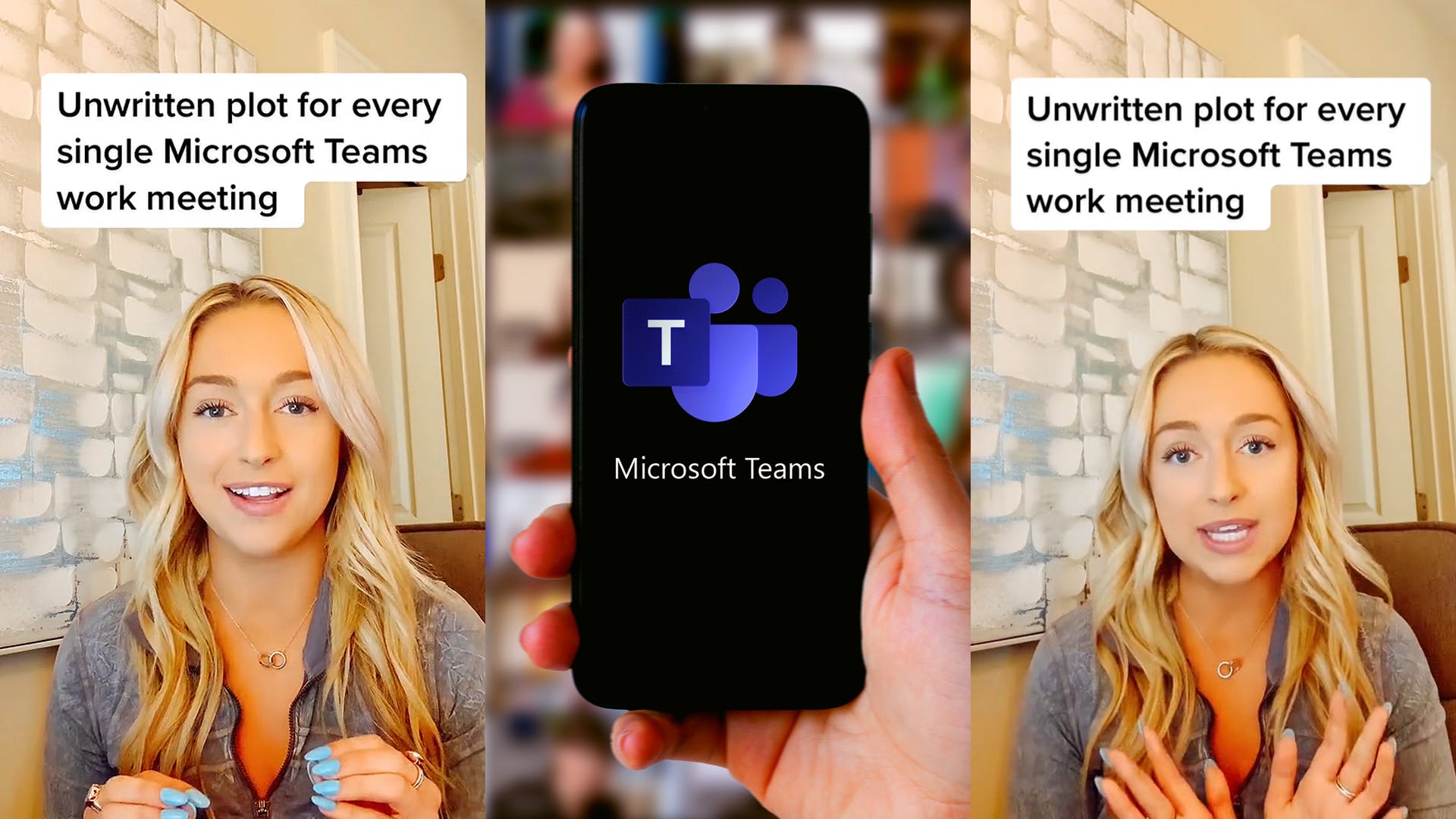 Viewers are resonating with a viral TikTok in which a young employee asks why “the plot is literally the same every single [corporate meeting],” whether it’s on Microsoft Teams, Zoom, or any other company messaging system.

Following on the heels of “Corporate Rush,” Gen-Z continues to take hilarious swings at corporate America. Posted by TikToker Emily Hamm (@emilyh_____), the video has been viewed over 792,000 times since it was posted this month.

“I literally just realized something that 98% of people who work in corporate America can relate to,” Emily begins, with text overlay above her head that reads: “Unwritten plot for every single Microsoft Teams work meeting.”

She then proceeds to breakdown the highlights of every virtual corporate meeting she’s been to. “So the person who’s hosting the meeting will come on and be like ‘Hey guys, we’re just gonna wait a couple more minutes to get started. It looks like we have a few more people that need to join,” Emily says as she imitates the kind of corporate speak many virtual meeting-goers will be familiar with.

Emily also describes the inevitable microphone mishaps with people either inadvertently leaving their mic on or misunderstanding when to unmute themselves. She hilariously points out that whenever the meeting’s host reminds everyone to mute themselves, it always takes the person whose mic isn’t muted “an obscene amount of time to mute their mic.” But conversely, 20 minutes into the meeting, there’s always someone who will start talking without unmuting themselves.

Emily also laments the end of every meeting when the host asks if anyone has any questions. “Of course,” she says, “nobody says anything, but they always say, ‘OK, well, if that’s it, then we’re just gonna give you a few more minutes back to your day.”

“Literally like clockwork every single time,” Emily says as she ends the video.

Viewers were all too familiar with the type of corporate meetings described in Emily’s video and they chimed in in the comments.

“You forgot ‘Can you see my screen?’ Or ‘Tim, are you sharing your screen? We can’t see anything,'” one comment read, which Emily pinned.

“I’m so jealous of farmers,” read another comment, which had over 120 likes.

“And then just before everyone signs off everyone feels the need to say “Thank you!!” Or “Thanks” in the chat before they leave,” a third added, to which Emily responded, “Yes this is so true!”

A lot of viewers especially resonated with Emily’s use of phrases during the meeting that are dispensed during any corporate interaction. “‘We’re going to give you back a few minutes’ literally have NEVER heard that so much until corporate omg wow nailed it,” said one person in a comment which was liked by the creator.

“Hahaha my boss literally said, ‘Well you get 20 minutes back in your day’ today,” another person said, to which Emily responded, “All managers are the same.”

“You literally described my meeting. I thought we worked for the same company and it turns out we all do,” a third said.

The Daily Dot reached out to Emily via TikTok comment.