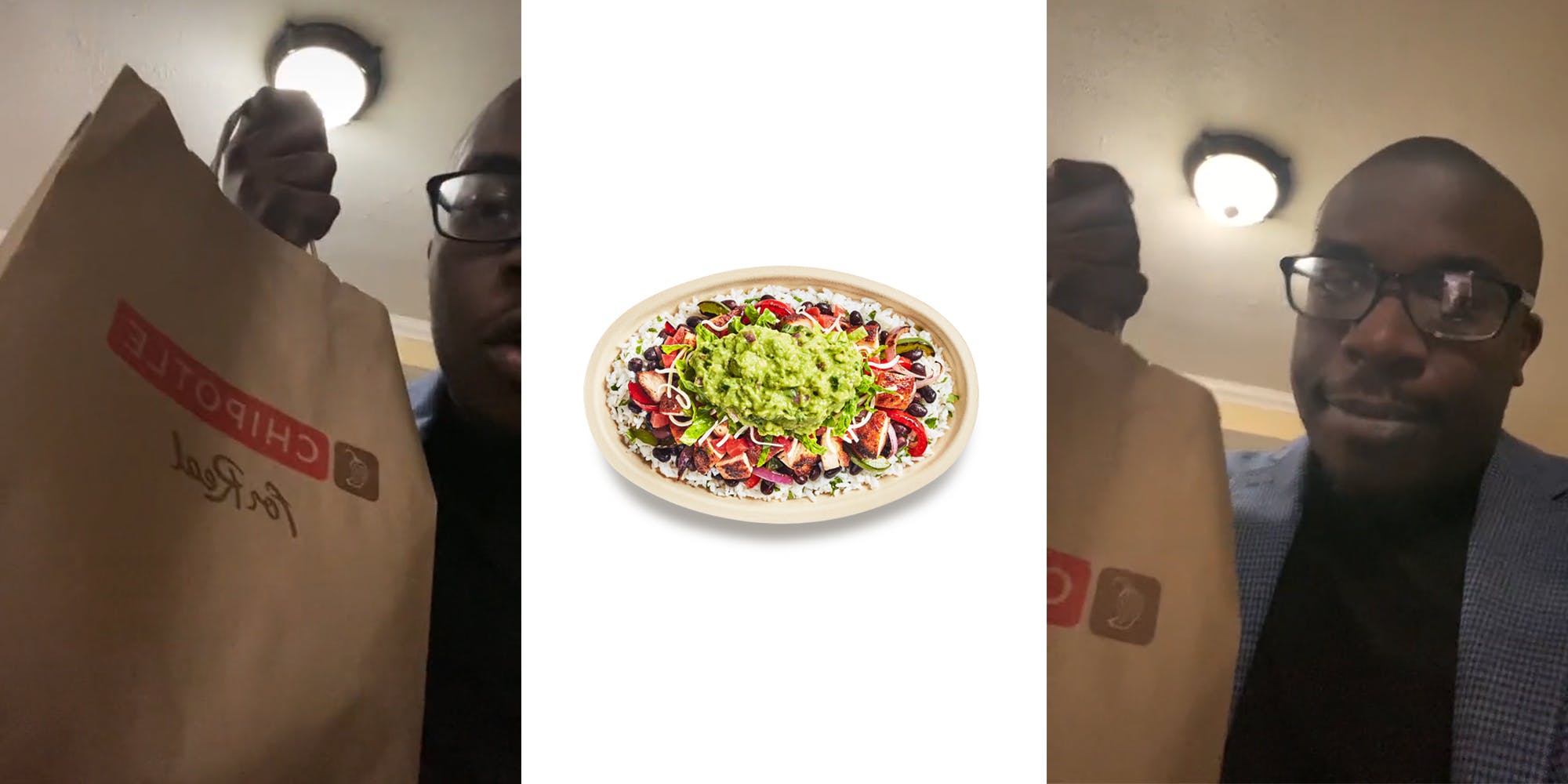 A user on TikTok has gone viral for airing his grievances about popular fast-casual restaurant Chipotle.

According to user Robert (@robertbuckmon), he is not a frequent Chipotle customer but decided to visit as it was nearby. From there, he began an order that he did not realize would amount to $25.

In recounting the story, Robert says he requested a steak bowl, though was dismayed by the amount of steak the employee decided to put in.

This is a common complaint amongst Chipotle customers. Many users on TikTok have gone viral after sharing their stories of underfilled bowls and false advertising about portion sizes at Chipotle, while others have virally offered their hacks to getting properly filled bowls.

Robert says he continued his order, adding guacamole and queso to his bowl.

“I feel like that’s what should be in a bowl,” he explains.

Upon getting to the register, he says he learned that the cost of his meal was over $25. While he says he inspected the receipt and paid the bill, he insists that Chipotle lost a customer in the process.

“Chipotle, count your days, because you’ll never get that opportunity to screw me ever again in your life,” Robert says.

He then advocated for Chipotle’s competitor Qdoba, which is “all-inclusive,” per Robert. This means that guacamole and queso come at no additional charge.

Chipotle has continually raised prices citing inflation, per Insider. However, while costs for items like avocados and beef have generally outpaced the company’s price increases, Chipotle actually improved on its margins in Q2 of this year, hitting 25.2% compared to 24.5% a year earlier, per Reuters.

The rising costs and fees for add-ins like guacamole and queso have seemingly inspired TikTokers to ditch the franchise altogether.

We’ve reached out to Robert via email and Chipotle via media contact form.