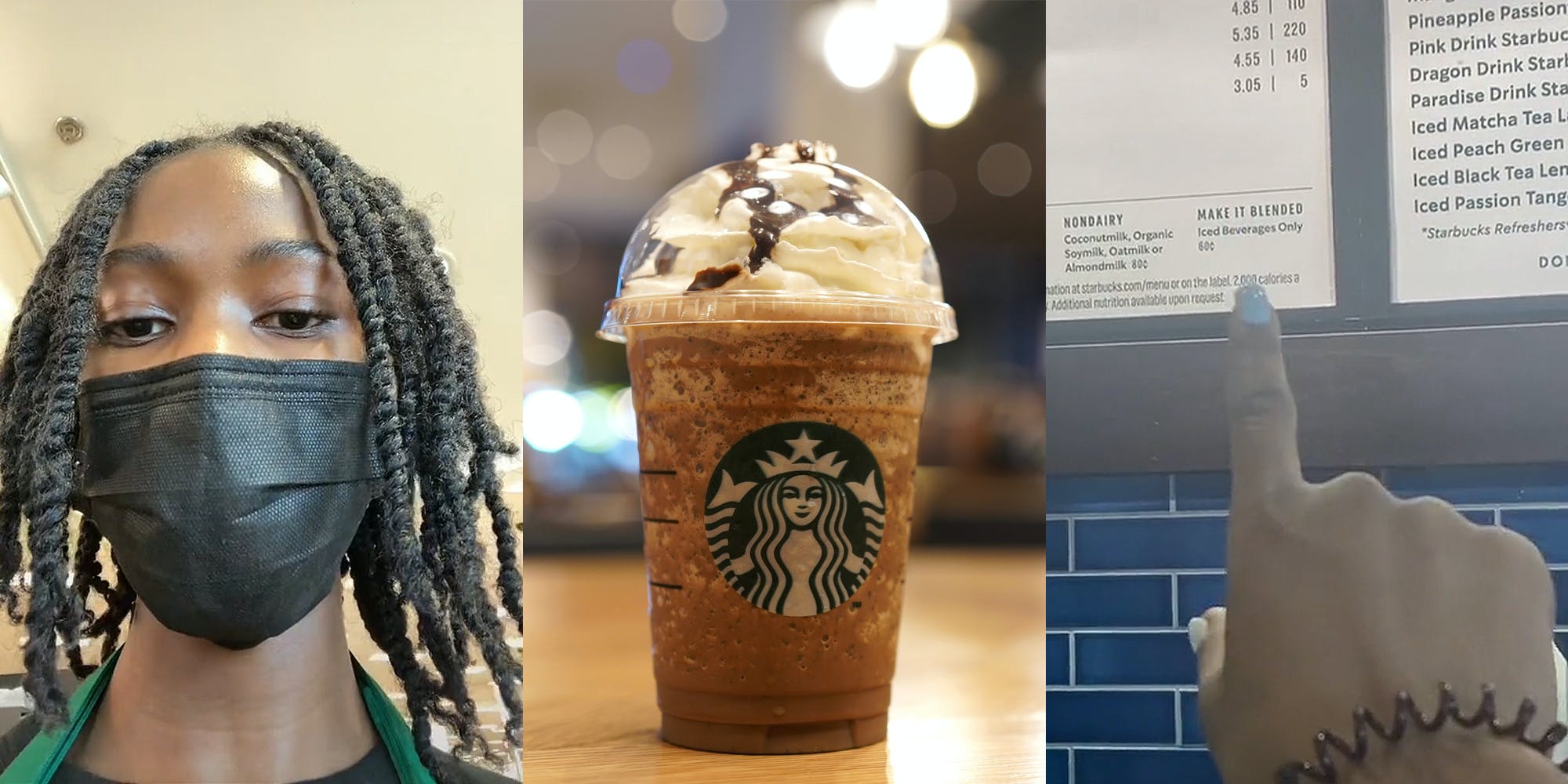 An apparent Starbucks worker is calling out the company for “charging extra for every little thing.”

In a now-viral video, TikToker Fanta (@justfantaaa) points to the additional fees for blending a drink, saying “That’s so petty.” “Caz whyy are you charging people to get their drinks blended ??” Fanta questioned in the caption of the video.

Fanta, who has nearly 300,000 followers, is wearing what appears to be the Starbucks uniform in her video and creates Starbucks-related content on her account.

Commenters agreed with Fanta, with many making jokes about the additional costs and others claiming they were similarly charged extra for small requests.

“They need to pay for that blender electricity,” one user wrote.

“Caramel in the cup used to be free,” a third alleged. “It’s almost a dollar for me now to get it.” According to users on Reddit, some stores charge for caramel while others do not.

However, other users on TikTok said the costs made sense given the additional work.

“Cause it takes extra time to prepare when they wanna be having DT times at 30 sec or less,” a user wrote. “Starbucks hates us.”

“Try being busy af and every drink is blended with 2 blenders,” a second said. “That’s why we charge more.”

“Because it tastes extra time for us baristas to get your drinks out, especially during a rush,” offered a commenter. “But the momey doesnt even go to us so.”

The additional money not being passed onto workers was a common talking point.

“They charge more for labor!….even though the money doesn’t even go to us,” a commenter said.

“charging extra for fucking everything while still paying baristas minimum wage… i hate it here!!” another user exclaimed.

We’ve reached out to Fanta via email.