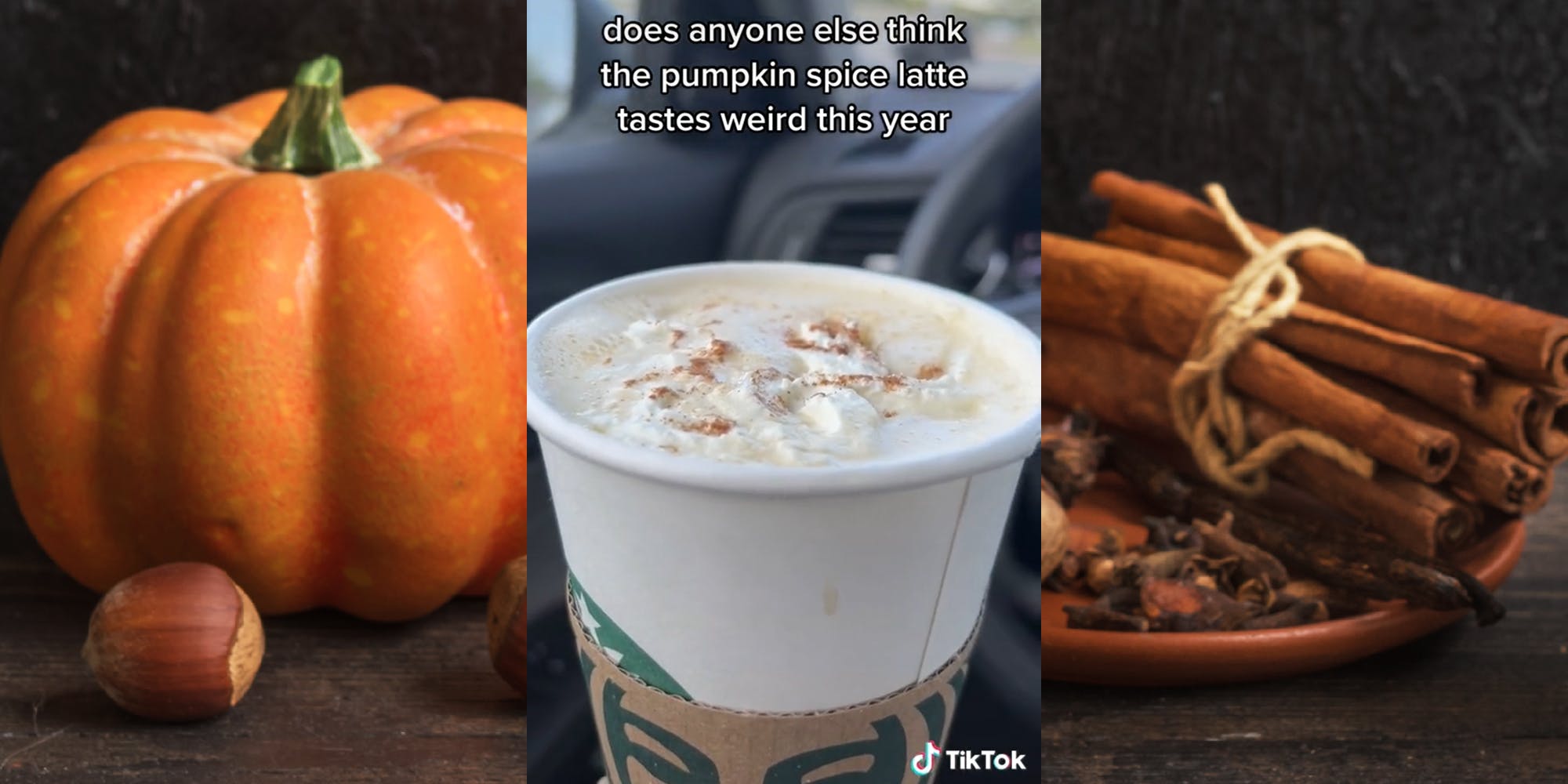 With the return of the popular Pumpkin Spice Latte to Starbucks, users online are wondering, “Is something different?”

On TikTok, one user recently went viral after claiming that their PSL doesn’t have the same, autumn-y flavor as previous years—and they’re not alone.

In her video, which now has over 391,000 views, user Maria (@maariamarmora) asks, “does anyone else think the pumpkin spice latte tastes weird this year.” In the comment section, users seem to agree.

“I asked for one w 5 pumps and it tasted like just milk?” Maria added in the caption.

@maariamarmora i asked for one w 5 pumps and it tasted like just milk?☹️ #starbucks #pumpkinspice ♬ original sound – TRINA VEGA FOR PRESIDENT

Commenters expressed their disappointed at the perceived “new” flavor of the PSL.

“YES MY COLD BREW TASTED LIKE NOTHING,” wrote one user.

“Lots of people have been saying this all day and now I’m sad and scared to try it,” added another.

“YES I HAD 4 PUMPS IN MY VENTI FRAP THIS MORNING N I KNEW SOMETHING WAS MISSING ITS NOT AS STRONG,” claimed a third.

“Yeah I felt like something was different this time,” a further user offered.

Some users alleged that the recipe had been altered.

“As a starbucks barista, they changed the recipe,” claimed one user. “It’s also possible that your barista made it wrong, everyone learns it differently.”

“They changed the pumpkin sauce,” another agreed. “We noticed it was a lot more watery looking when it came in.”

“We have different pumps for the pumpkin spice, ask for extra pumps,” advised an additional TikToker.

While it’s possible that Starbucks truly changed the recipe, the “they changed the PSL recipe” discourse seems to reignite annually.

In 2020, one user on Twitter wrote, “Just got my 1st pumpkin spice latte of the year and I swear it tastes different than normal.  Is that just me?”

In 2018, another user had a similar query. “hey @StarbucksCanada did y’all change the recipe for the pumpkin spice latte bc I got the frappe and it looks/tastes very different???” the user questioned.

A further user in 2021 said he ordered three PSLs, each one of them with a different flavor.

“My third pumpkin spice latte from Starbucks. They’ve actually all been different. The first one was kind of an indiscernible sugary coffee. The second one had a kind of fruity pumpkin flavor. This third one was ordered cold and it tastes like pumpkin pie,” he wrote. “Third time’s a charm.”

The only change that Starbucks has confirmed to the PSL happened in 2015, in which they included actual pumpkin and removed artificial coloring, noting that the taste difference was imperceptible.

Still, it is possible that the formula truly is different this time around, as many alleged. Starbucks baristas have claimed that the sauce is thinner than in previous years. “Our syrup is actually thinner than last year so I assume that’s it tbh,” wrote a commenter.

We’ve reached out to Starbucks via email and Maria via Instagram direct message.