There’s something about ambition that doesn’t sit comfortably with memeing. It’s too driven to support the fantasy of organically produced viral content, and its sense of purpose sits too close to the mainstream societal expectations that memes offer an escape from. Worst of all, it usually takes itself seriously in a world where irony is the order of the day.

However, this does make it the ideal topic to ridicule, and now there’s even a snappy new mantra with which to do so. There’s only one catch: You’ve got to be a woman. Twitter is home to some of the most unabashed professional clout chasers on social media, and it delighted last month when it found a way to roast some of them. “Gaslight, Gatekeep, Girlboss” is a statement of intent as toxic as it is catchy, and it makes a great wall decal. 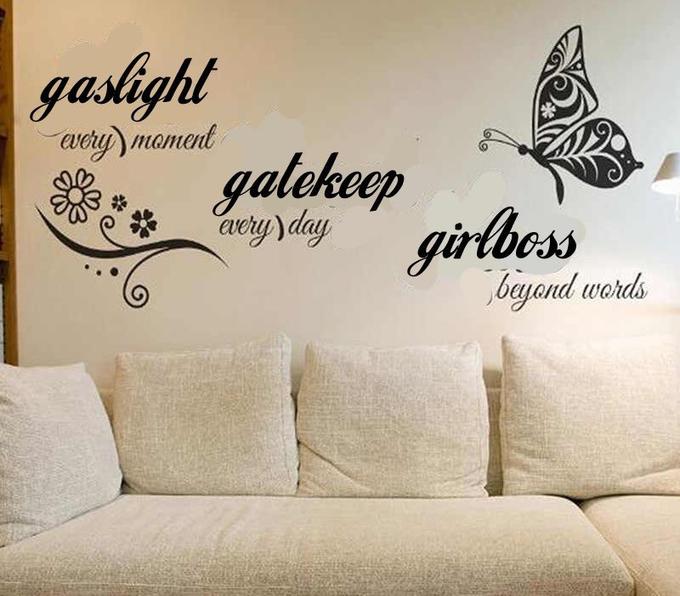 To the uninitiated, these may sound like a combination of meaningless buzzwords — and that’s exactly the point. Weaponizing the cringey positivity of “Live Laugh Love”, Gaslight, Gatekeep, Girlboss is the product of years of distilled internet philosophy.

The format reflects how in its short lifespan, the Girlboss has managed to take on some very unfavorable meanings. Popularized in 2014 by Nasty Gal founder Sophia Amoruso, the term was stylized with a hashtag. It was designed as a descriptor for entrepreneurial women everywhere who wanted to be a part of feminism’s aesthetic, individualized rebrand. It didn’t hurt that it promoted her autobiography too. While it was denounced for its infantilized approach (couldn’t she be a boss without the prefix?), its vision of empowered success remained seductive to a generation of young female professionals. 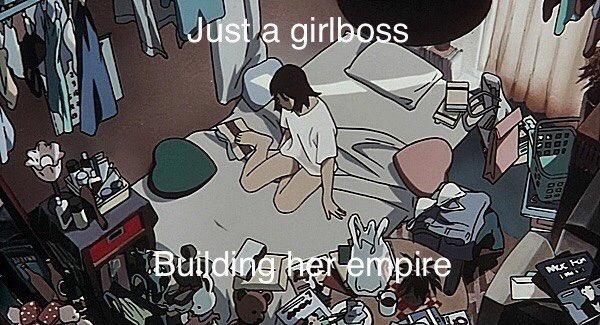 It wasn’t to last, and the neologism lost much of its appeal as the decade progressed. In practice, girlbossing often appeared to be shallow and mean. Over time, a string of fashionable, female-led businesses and publications profiting off a #girlboss mindset became mired in scandals to do with racism, bullying and unhappy working environments.

To radical left-wingers, the term became synonymous with fake progressivism only concerned with holding up the harmful institutions it made lip service towards improving. Many felt it was epitomized by cynical attempts to win over female voters in Hillary Clinton’s 2016 presidential campaign — an election where, famously, 52 percent of white women were believed to have voted for Trump.

What’s more, its entrance into the popular vernacular demoted it from aspirational to basic, more a rallying cry for your high school acquaintance turned pyramid seller than a role model. Not only was the idea flawed, but it was also cringe.

All this has made the girlboss a target of online counterculture for some time. Her Pinterest-ready inspirational quotes are now ironic meme fodder, shared while she’s hunched over her laptop in a messy room deluding herself that she’s “building her empire.” She has even gone spiritual, morphing into one of the seven reimagined chakras right alongside lactose intolerance and acid reflux. The girlboss meme has become a dark, feminine take on Expectation vs. Reality, a wilful misinterpretation of a concept that proved to be not all that it seemed. 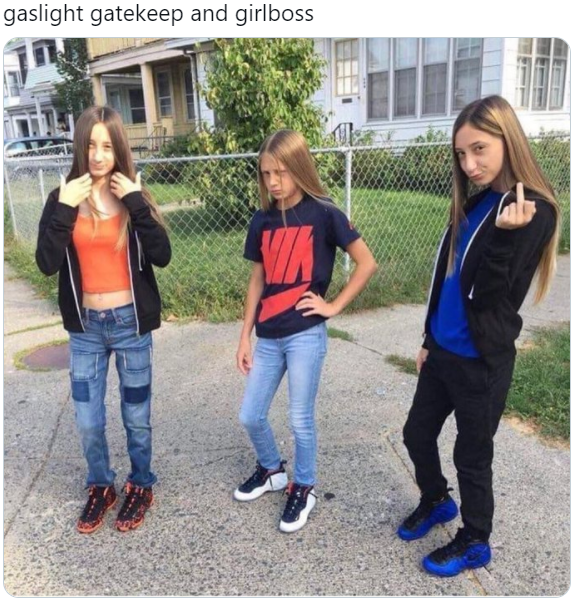 While it was Twitter that sent the format stratospheric, the manifesto originated from Tumblr. The inter-platform collaboration is not entirely unexpected, with Twitter users frequently fielding accusations that they have stolen the hyperbolic approach to communication and social justice formed on the other social network in its heyday.

It makes sense to lift this meme, as it plays on many of the best-worst qualities that have made Tumblr influential. Gaslight, Gatekeep, Girlboss showcases an alternative voice by translating exaggeratedly normie traits into a language that manages to be absurd and hypercritical all at once. The lighthearted namecheck of abusive behaviors confirms a low opinion of its centerpiece that at the same time embraces its toxicity. The black-and-white worldview for which Tumblr and Twitter are condemned actually adds to its ambiguity, suggesting a pushback in the discourse surrounding it rather than a change of heart. 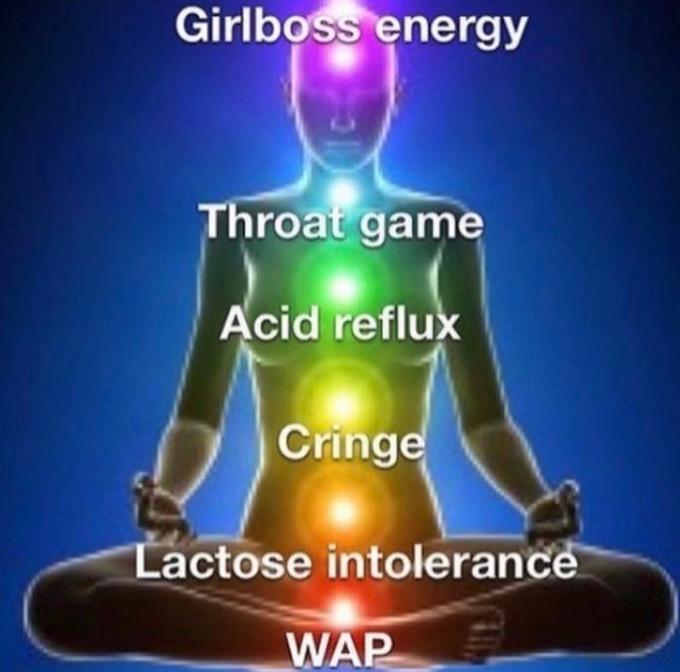 The runaway popularity of the format has even found the girlboss her perfect match with the malewife, who similarly subverts the expectations of his gender in his role as a domesticated goddess. That said, he also matches her penchant for controversy with his own “Manipulate, Mansplain, Malewife” slogan, proving that no meme will leave a label unscathed for long. 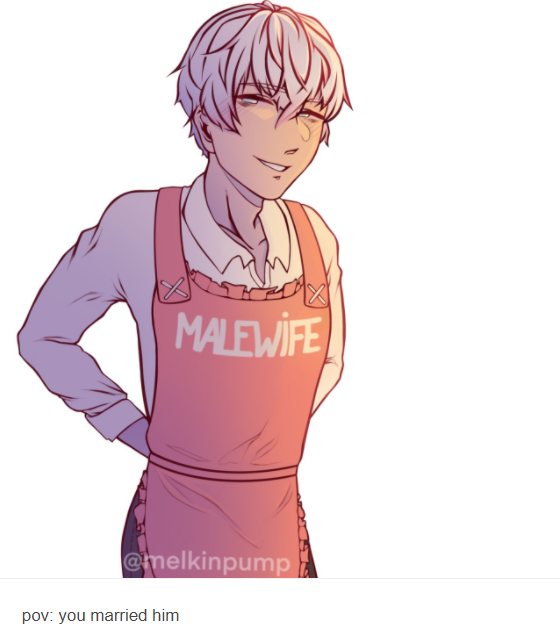 While Gaslight, Gatekeep, Girlboss is flavored by its critique of capitalist-friendly feminism, its broken approach to success replicates an attitude that has been applied in memes more broadly before. One of these is the Demotivational Poster, which was a crucial building block in the anti-success ethos that multiple parts of meme culture thrive upon. Although their disapproval is more obvious, the humorous countercultural commentary they became places them as a predecessor to more pointed, yet nonsensical memes like the girlboss. The outsider opinion is used as a framing device has not changed, but it has moved into a form of roleplay instead. 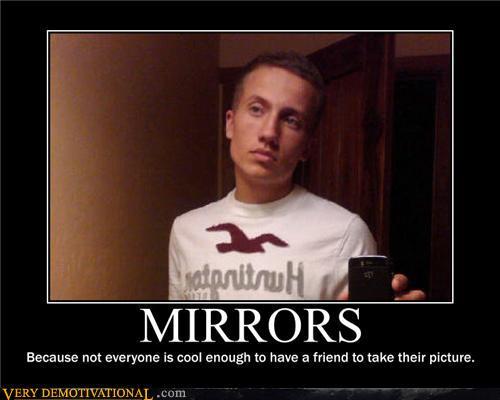 A lot of attention has been paid to the meme life cycle. Girlboss is a part of this, but further than that, it represents the ending of another cycle as well. The ideals it is based on have had their rise and fall, leaving the memes afterward to pick up and examine the pieces. While the arguments that the concept has provoked will inevitably move with the changing times, Gaslight, Gatekeep, Girlboss serves as a memory of how far they have or haven’t come. As with meme formats, the debate is always remaking itself in a slightly different guise.

Meme Insider is a Know Your Meme publication and the world’s leading internet culture magazine. Find out how to get your first print copy for free, and check out the Meme Insider website for more info.