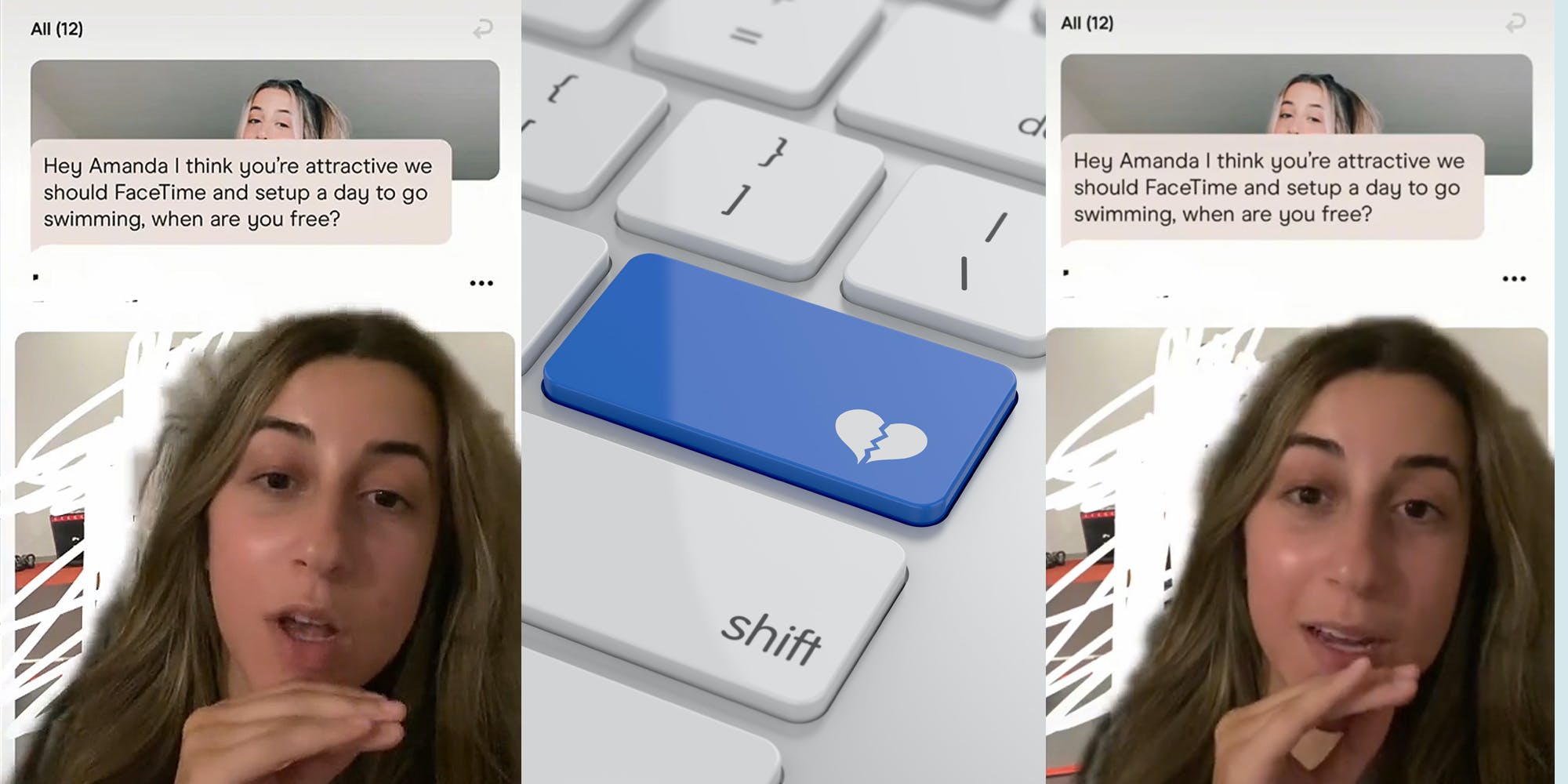 A woman featured her Hinge match’s response to a photo of hers that has some viewers speculating he’s been scorned in the past.

TikToker Amanda Bahnam (@fruitloopcowgirl) featured the message from the Hinge date that reads: “Hey Amanda. I think you’re attractive. We should FaceTime and setup a day to go swimming. When are you free?”

“I need to know. Who scarred this man so bad on Hinge that when he liked me, not only did he suggest setting up a FaceTime but also to go swimming. Like, he’s taking no chances. He’s covering all of his bases,” Bahnam says.

Dude is recovering from Catfish trauma

The video was viewed over 160,000 times. Some viewers resonated with the man, with one saying it was good to see they’re “not the only scared person out there.”

“You’d think this wouldn’t be necessary, but I can tell you this man is not as crazy as he sounds,” one said.

“This is why I always make sure to add a picture to without any filters,” another commented.

Some also shared their own experiences of being catfished.

Many, however, were critical of the man’s response, with one arguing he has “negative game.”

“Run,” another said with a red flag emoji.

One urged the TikToker to respond by asking him to go get a physical with her to “double-check” their heights as it is often speculated that men on dating apps fudge their heights by an inch or two.

“Ask him how tall he is,” another urged.

Catfishing is a popular theme on DatingTok. Back in March, a TikToker went viral for FaceTiming, at her friends’ behest, her Tinder match on a big screen, fearing he could be a catfish.

The Daily Dot reached out to Amanda Bahnam via TikTok comment.