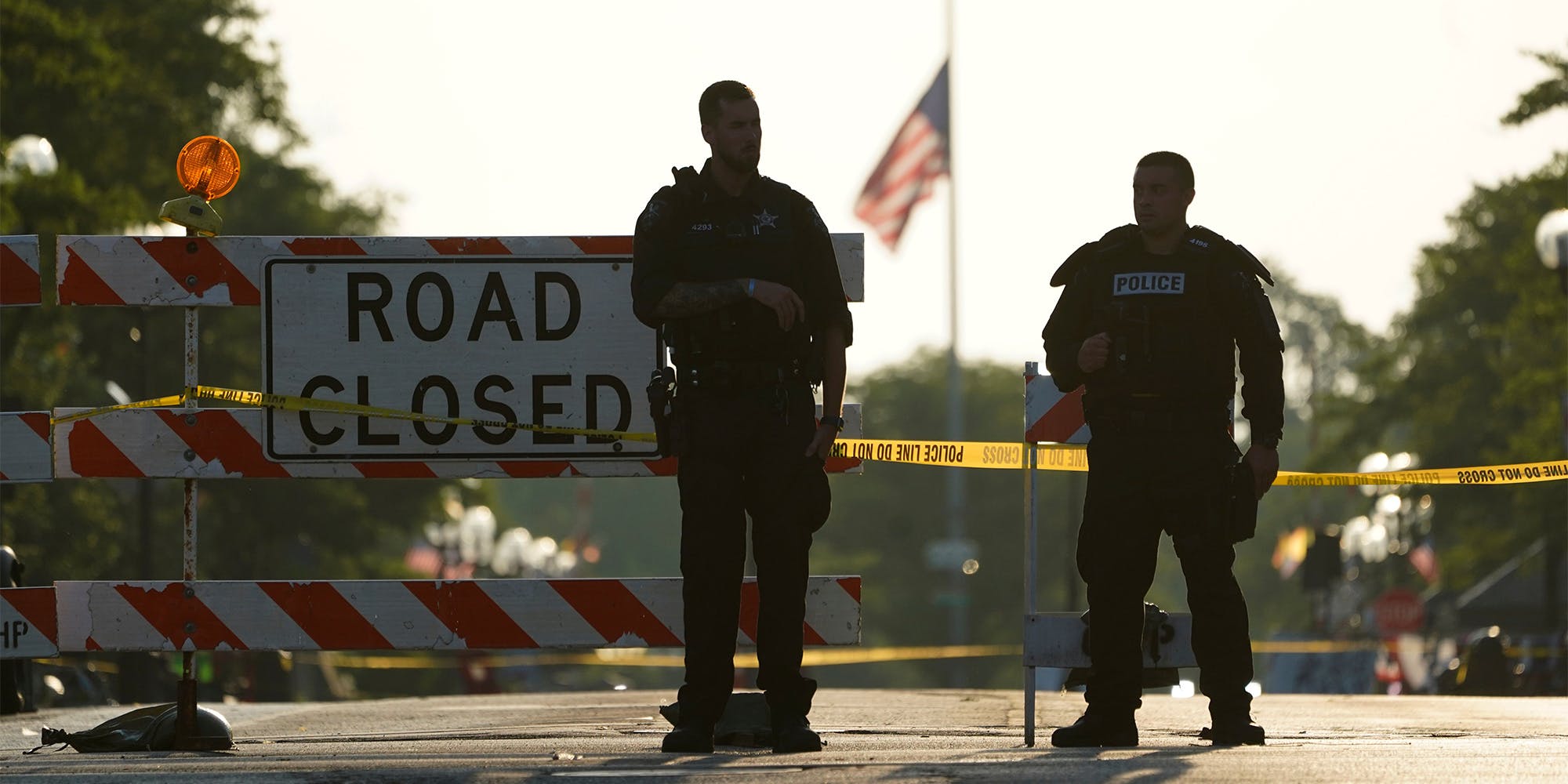 Six people were killed in a mass shooting at a 4th of July parade in Highland Park, Illinois on Monday. Another 38 were injured. Police apprehended the alleged shooter, 22-year-old Robert E. Crimo III, hours later.

Officials haven’t revealed a motive for the killings. Theories abound, however, many based on Crimo’s social media footprint, which NBC News reported includes violent and graphic depictions of murder, suicide, and death. Some of these posts include dramatizations of Crimo or someone else committing mass murder and being killed by police.

One particularly prevalent and false conspiracy theory holds that the Central Intelligence Agency (CIA) brainwashed Crimo. A fake Instagram post appears to have inspired the theory that Crimo was in MK-ULTRA, a Cold War-era CIA program that utilized torture and psychedelic drugs in an effort to control subjects’ minds.

The Instagram post includes a photo of Crimo and the caption, “Yes, I am a product of MK-ULTRA and I am a liberal.”

As many observers noted, the image is timestamped, having reportedly been posted after police announced Crimo had been apprehended.

There are several other indicators that the post is fake. Most telling is that the MK-ULTRA program ended in the 1960s, decades before Crimo was born. Further, the CIA abandoned it upon concluding that it isn’t possible to control someone’s mind.

While it’s unknown whether political ideology factored into his alleged crimes, Crimo’s other posts indicate that he isn’t a liberal, but a conservative supporter of former President Donald Trump. In one, he’s draped in a Trump flag; others show him at a Trump rally and awaiting Trump’s motorcade. In one of his songs, he reportedly references Ben Shapiro.

All of this evidence is lost on conspiracy theorists eager for a simple explanation for the tragedy in Highland Park.

“Real creepy MK-ULTRA vibes. The glowbois been working hard building their NPC army,” wrote one on a Telegram channel frequented by the far-right. (“NPC” is an acronym for non-playable character. The term has also come to refer to people who operate purely under the control of an outside individual or group.)

“If this is not MK-ULTRA then nothing is,” @TruthAndArtTV posted on Truth Social, referring to a symbol Crimo frequently used. As a Twitter user noted, the symbol is similar to one associated with a far-right neo-Nazi group in Finland. It has no link to the CIA or MK-ULTRA.

Efforts to link Crimo to MK-ULTRA continued proliferating across the internet on Tuesday. Many of the posts claimed he had so-called “MK-ULTRA eyes.”

Law enforcement has yet to announce what charges Crimo may face for the shooting.