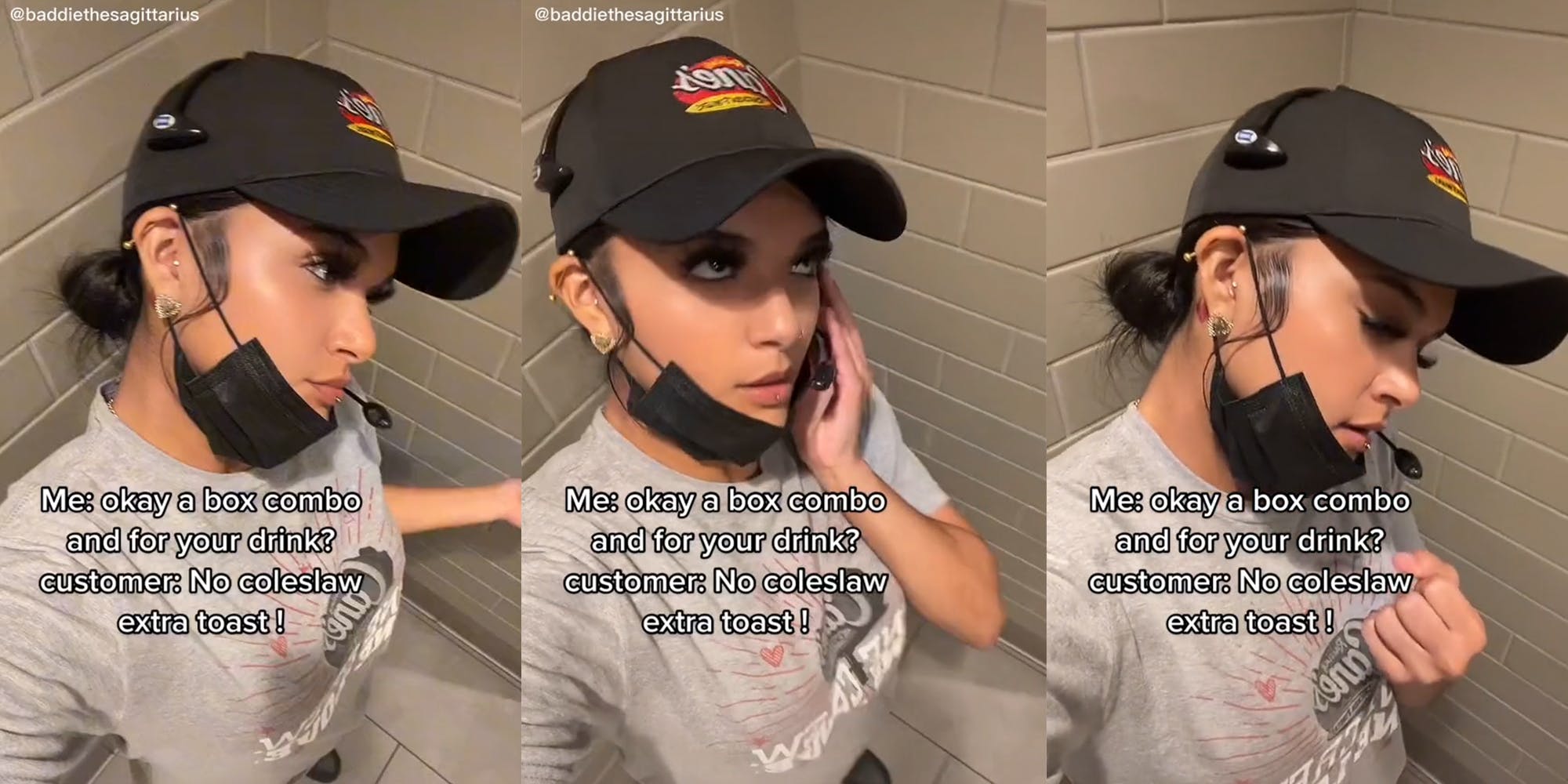 A Raising Cane’s worker roasted customers who are insistent on swapping out their coleslaw for toast when placing an order in the drive-thru.

The worker, @baddiethesagittarius on TikTok, mimics taking such an order in a video that was viewed nearly 1 million times.

“Me: okay a box combo and for your drink?” the text overlay reads. “Customer: No coleslaw extra toast !”

While the worker seems to be expressing annoyance at customers who don’t let her finish taking their orders without interrupting, viewers criticized her, claiming they just want to make sure their orders are correct.

“Nah cuz right when I say box combo y’all cut me off and ask for the drink already,” one said.

“I feel like it makes more sense to say everything you want with the food first?” another questioned.

“Canes employees got like 3 things on a menu and still find a way to complain,” another argued.

Raising Cane’s offers four different combos, including a kids combo. Two of the meals come with all three sides the chicken chain offers: coleslaw, fries, and toast. Customers can swap out one side for another or more of another. For example, if a customer orders the Box Combo, which comes with four chicken fingers, fries, toast, and a drink, they can swap out their coleslaw or toast for more fries.

Others viewers who seem to work in the industry sided with the worker and aimed to explain why some order-takers go straight to drinks.

“Well for us, on our till, it’s easier for us to put in the drink since it automatically takes us to the drinks and then we add the sides,” one commenter wrote.

“For the combo after pressing that it’ll go straight to the drink,” another said, offering the same explanation. “You need the drink first to continue.”

The Daily Dot reached out to @baddiethesagittarius via TikTok comment.