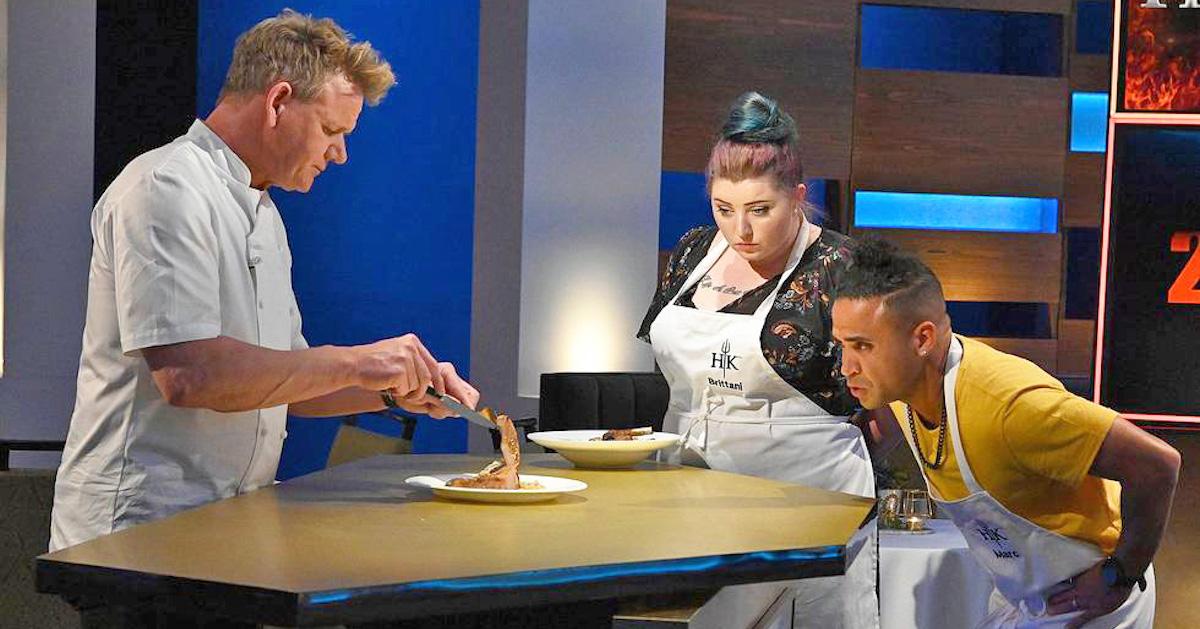 Each episode of Hell’s Kitchen follows the same format: A cooking challenge gives the winning team or individual a reward, and dinner service helps Gordon determine which chef will get eliminated.

All aspects of the episode are usually filmed in one location. For the first 18 seasons, the show was shot at a Los Angeles warehouse, which held the restaurant, the kitchens, and the residence where the contestants stayed.

For Seasons 19 and 20, the location shifted to the Hell’s Kitchen restaurant at Caesars Palace in Las Vegas, NV.

While some viewers might have assumed that the change in place was due to the pandemic, it was actually likely done to bring more attention to Gordon’s restaurant presence in Las Vegas (he has three spots in Sin City).

Plus, after 18 seasons in the same city, the location change added a freshness to the show.

Though there was a city relocation, some things did stay the same. The cooking aspect of the competition itself was still filmed on a soundstage, though it was meant to look like the restaurant.

The prize reflected a new era for the show as well, as the Season 19 winner would earn a head chef position at the Hell’s Kitchen location in Lake Tahoe, NV.